As could be expected with the NASDAQ meeting the technical definition of a correction and the S&P 500 continuing to pull back, sentiment has continued to take a dive with only 21% of respondents to the AAII sentiment survey reporting as bullish this week. That is the second week in a row in which less than a quarter of respondents reported as bullish. It is now also the lowest level since July 2020. 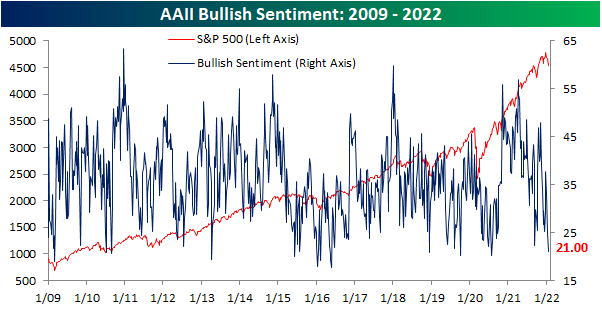 With such a large drop in bullish sentiment, there was a surge in bearish sentiment. Pessimism rose 8.4 percentage points week over week to 46.7%.  That is the highest reading since September 2020. 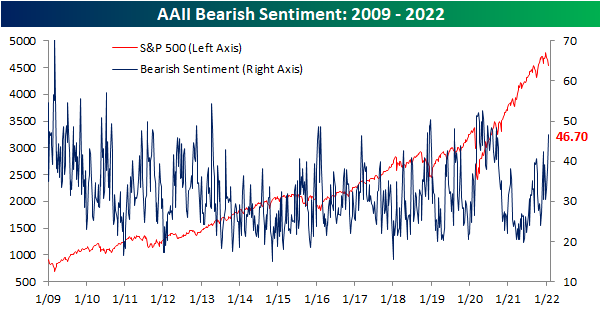 While the decline was more modest, the increase in bearish sentiment also borrowed from those formerly reporting as neutral which fell from 36.8% to 32.3%.  Unlike the other two readings, that does not set any sort of significant longer-term high or low, and the one-week change is also only the largest in three weeks. 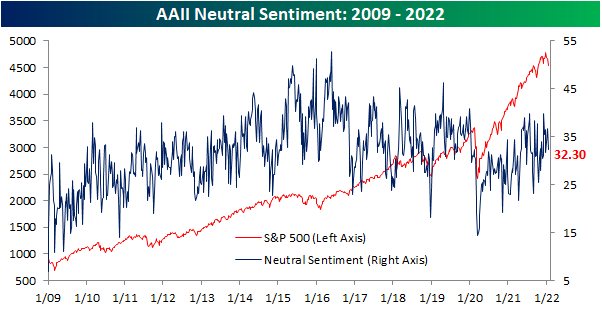 Given bullish and bearish sentiment were the biggest movers and in opposite directions, the bull-bear spread has moved to a deeply negative reading. In the past two weeks, the bull-bear spread has dropped 25.2 points to -25.7 which is the lowest level—meaning bears outweigh bulls by the widest margin—since July 2020. Click here to view Bespoke’s premium membership options. 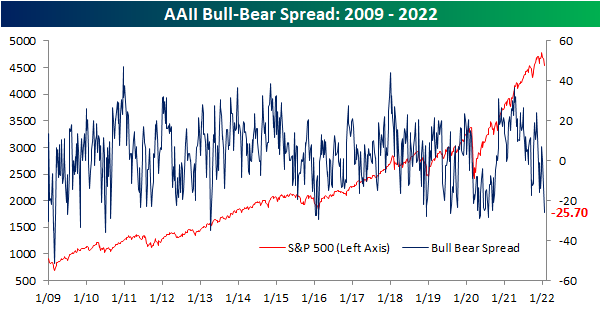