With the major US indices pressing to new record highs, sentiment has picked up considerably in the past week.  Bullish sentiment measured in the AAII weekly sentiment survey came in the top 5% of all prior weekly readings after rising by 11.1 percentage points to 56.9%.  That makes for the largest one-week increase since the week of November 12th when bullish sentiment leaped 17.88 percentage points to 55.84%.  This week also surpassed that November reading to make for the highest level of bullish sentiment since the first week of 2018 when 59.75% of respondents reported as bullish. 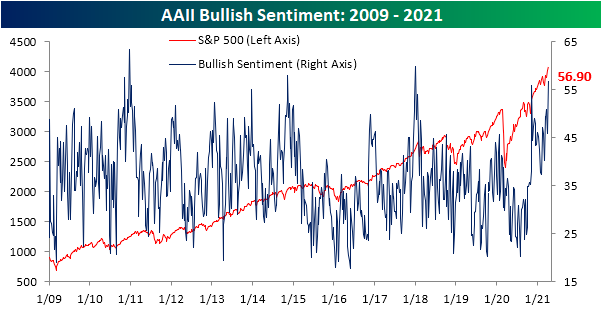 Bearish sentiment was already low headed into this week, but the reading fell another 2.8 percentage points to 20.4%.  That is marginally lower than the reading of 20.6% from two weeks ago making for the lowest level of bearish sentiment since April 2019. 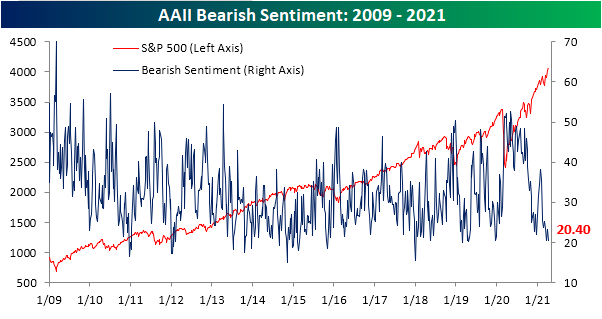 The big jump in bullish sentiment borrowed more heavily from the neutral camp.  The percentage of respondents reporting as neutral collapsed 8.3 percentage points to 22.7%.  Similar to bullish sentiment, that was the biggest single-week decline since November 12th and the lowest reading since that same week. 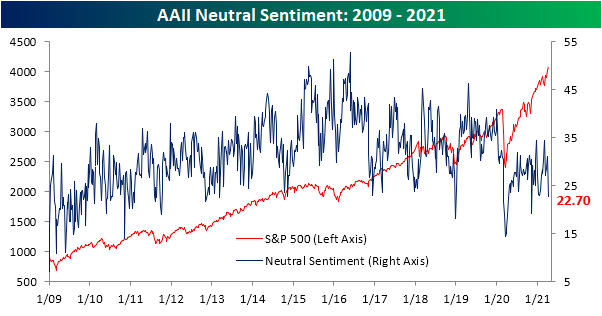 These moves mean sentiment now largely favors the bullish camp.  In fact, the bull-bear spread rose to 36.5 which is the highest level since the first week of 2018. 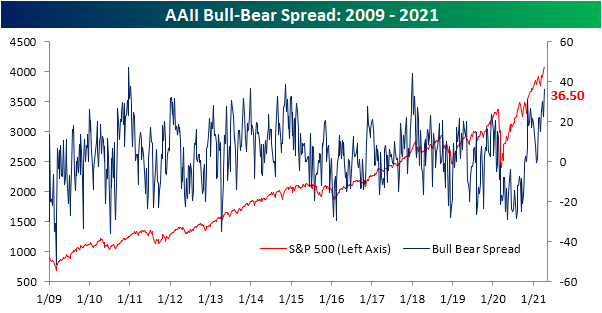 To see what these types of sentiment readings mean for equity market returns, make sure to log in.  If you aren’t currently a client, sign up for a free trial to one of Bespoke’s research offerings to view the rest of this report.