Sentiment Out of Sync

Recently we have noted how different sentiment indicators have been showing mixed results. While some like AAII’s weekly survey continue to show overall bearish readings, others like the survey from Investors Intelligence are more optimistic. Typically, when the S&P 500 is at an all-time high, AAII’s reading on bullish sentiment has averaged a reading around 40%.  But in recent weeks not even a third of respondents have been bullish.  After rising for the past four consecutive weeks and despite more all-time highs in that time, bullish sentiment pulled back this week to 30.8% from 32.08% last week.  While that remains at the upper end of the past several month’s range, it is very muted compared to where equities are trading.

Meanwhile, the Investors Intelligence survey of equity newsletter writers has much more bullish tones.  This week, that survey saw 61.5% of respondents report as bullish.  That is the highest reading of bullishness since October of 2018 and the fourth week over week increase in a row. 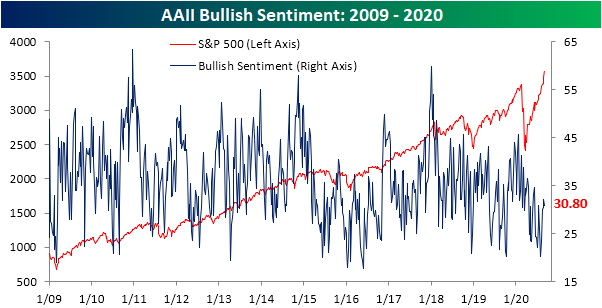 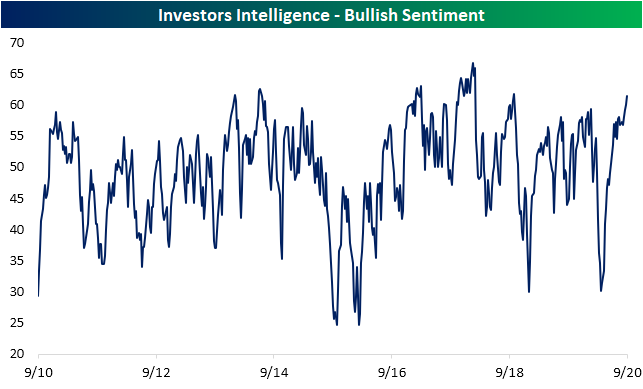 Additionally, Investors Intelligence collects the percentage of respondents that are looking for a correction.  This week that reading fell for a fourth straight week to 22.1%. Similar to bullish sentiment from this survey, that is the most optimistic reading since October of 2018. 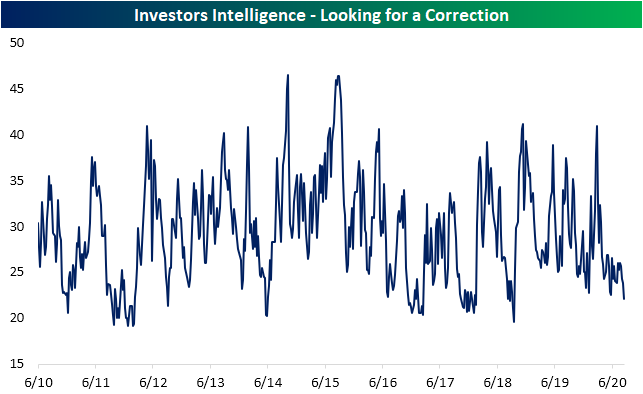 Meanwhile, AAII saw bearish sentiment rise back above 40%. Bearish sentiment remains the predominant sentiment in this survey even though this week’s reading of 41.77% is actually lower than most readings of the past several months. Again, the Investors Intelligence survey is showing the opposite from AAII as bearish sentiment is at 16.4%. That is up slightly from 16.2% last week, but that is still around some of the lowest levels since March of 2018. 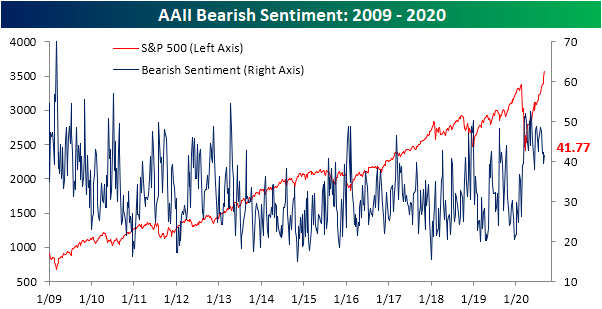 Finally, investors also are slightly more decisive in the bear or bull decision as neutral sentiment fell this week from 28.3% to 27.43%,  While there have been plenty of lower readings in the late spring and summer, that is still around four percentage points lower than the historical average. Click here to view Bespoke’s premium membership options for our best research available. 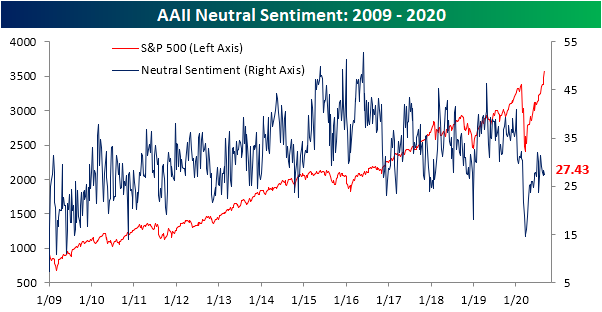