Last week, we noted the sharp rebound in sentiment over the past few weeks.  In the wake of those large moves, the AAII survey of investor sentiment took a breather this week despite the market’s successful efforts to reach new highs.  The S&P 500’s new all-time highs have done little to garner optimism, though, as bullish sentiment declined 1.6 percentage points to just a hair under 34%. While lower than last week, it is still at the higher end of where sentiment has been over the past few months and in the middle of the past couple of years’ range. 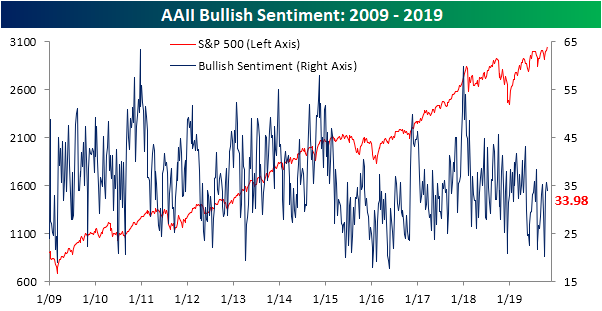 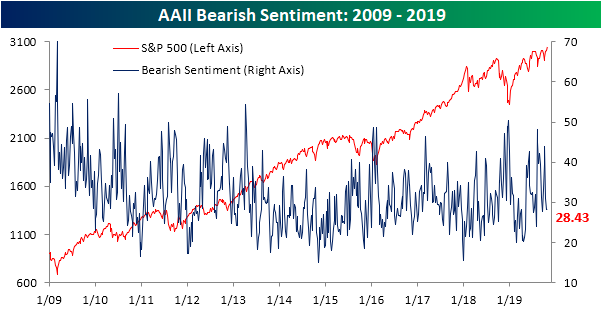 Neutral sentiment took the larger share of the losses from bulls as it rose to 37.59% and is now at the highest level since the beginning of the month when it reached 39.19%. Neutral sentiment is also still the predominant sentiment reading for the third week in a row, outweighing bearish, and to a lesser extent, bullish sentiment readings.  In other words, investors do not seem to have fully bought into the new highs for the S&P 500, but are at least slightly more optimistic than pessimistic.  Start a two-week free trial to Bespoke Institutional to access our interactive economic indicators monitor and much more. 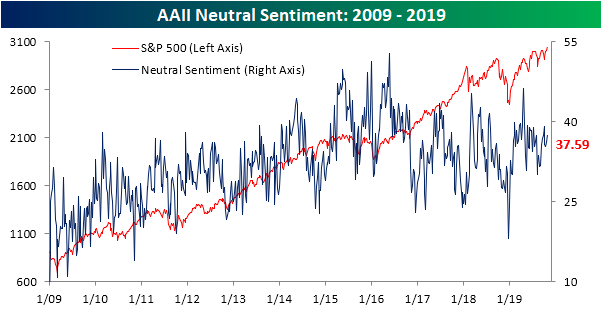