Sentiment Has Perked Up

Sentiment has taken a big step up in the past week.  The AAII weekly sentiment survey saw 48.6% of respondents report as bullish this week, up 8.2 percentage points from last week for the highest reading since the week of April 22nd when over half of respondents reported as optimists.  Not only is this week’s reading ten percentage points above the historical average, but the one-week increase was the largest since an 11.1 percentage point jump during the week of April 8th. Similarly, the Investors Intelligence survey of newsletter writers saw bullish sentiment jump from 56.5% last week to an eight-week high of 59.6%. 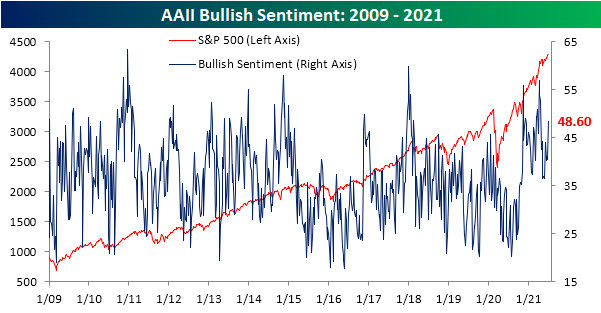 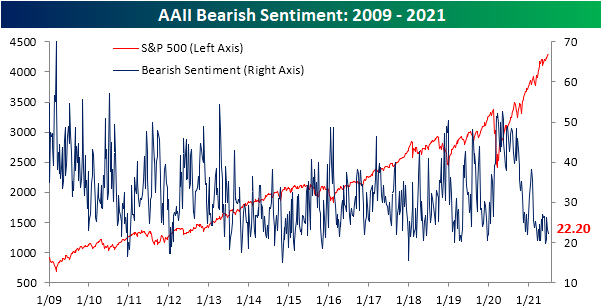 While bearish sentiment did not experience a particularly large decline, it was an inverse move to bullish sentiment which resulted in the bull-bear spread climbing 9.3 points to the highest level since April 22nd. That means sentiment continues to largely favor the bulls.  Prior to the past year, late 2017 and early 2018 was the only other period in recent years that the bull-bear spread was at similar levels to now. 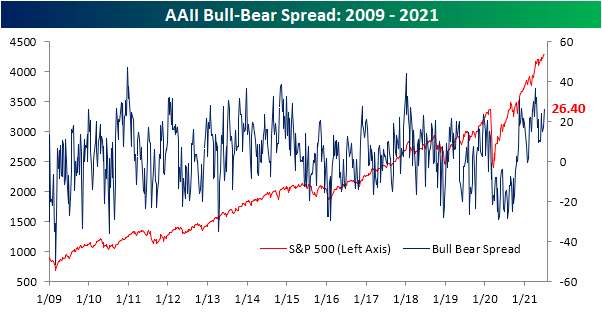 Given the jump in bullish sentiment did not borrow from bearish sentiment, neutral sentiment took a significant hit this week falling 7.4 percentage points.  That was both the biggest one-week decline and marks the lower level in neutral sentiment since April. Click here to view all of Bespoke’s premium membership options and to sign up for a trial. 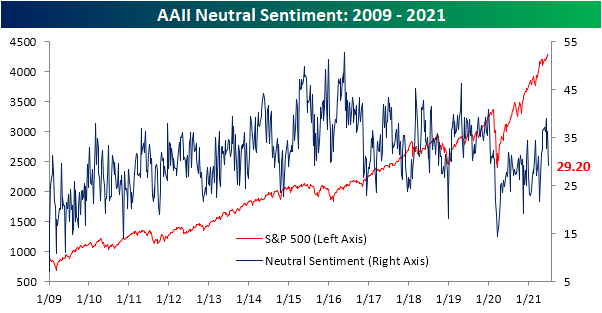