The S&P 500 may have fallen around 1.5% over the past week, but individual investors have reportedly become increasingly bullish.  26.1% of responses to the weekly AAII sentiment survey reported as bullish this week, up from a recent low of 18.1% last week. With the S&P 500’s worst day in since June 2020 and a hotter-than-expected CPI print occurring late in the response collection period (12:01 AM on Thursday through 11:59 PM Wednesday night), the timing of responses is a potential cause for the increase in optimism that was contrary to equities’ price action. In other words, responses that came in prior to Tuesday were likely far more bullish than those that came in afterward and therefore elevating the level of bullish sentiment.  As such, next week will be a more telling read on individual investor sentiment as it will more fully capture recent price action and inflation data. 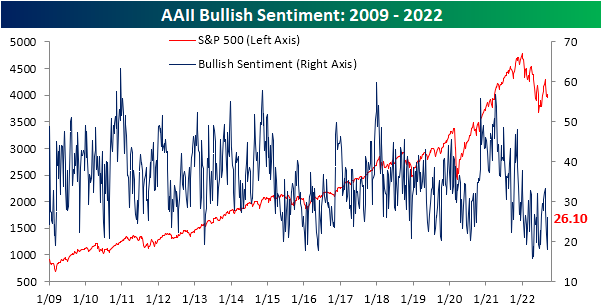 While bulls rose back above a quarter of responses, bears fell back below 50%.  Bearish sentiment dropped to 46% which was only the lowest level since the week of August 24th. 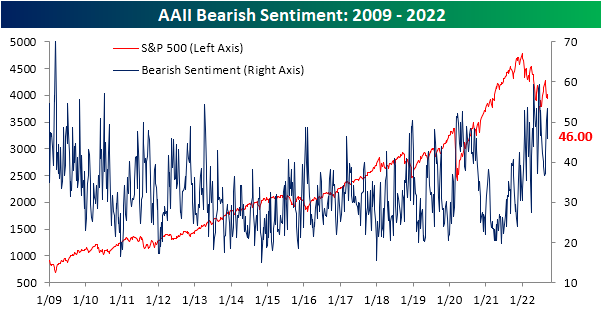 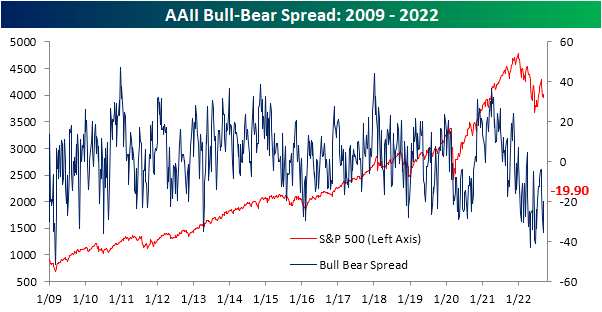 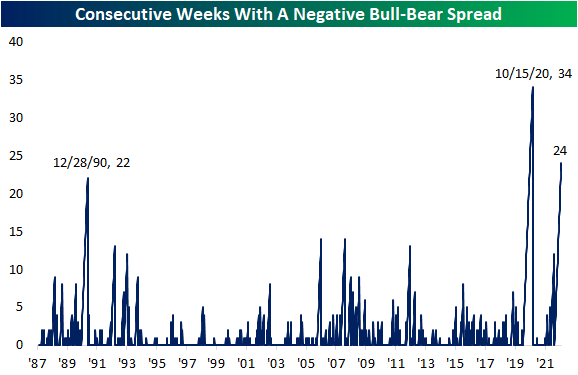 The AAII survey was not alone in showing a rebound in sentiment. Both the Investors Intelligence survey and the NAAIM Exposure Index highlighted increased bullishness in the latest week’s data. As with the AAII survey, though, the collection periods likely did not fully capture the effects of Tuesday’s inflation data and historic one-day decline. Overall, the story remains that investors are remarkably bearish. Click here to learn more about Bespoke’s premium stock market research service. 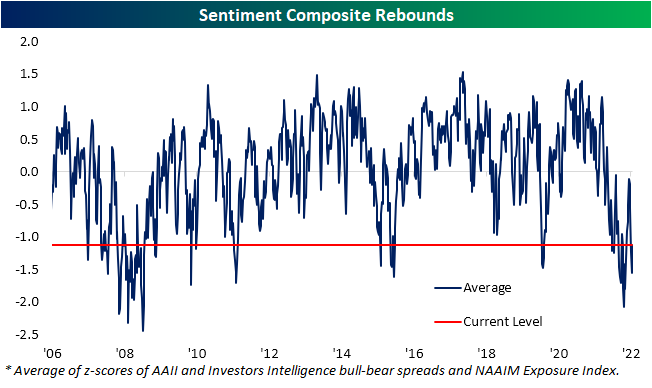