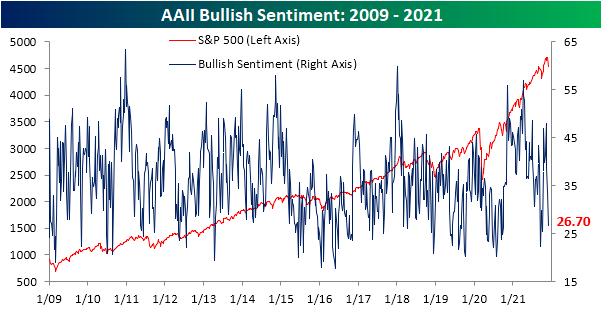 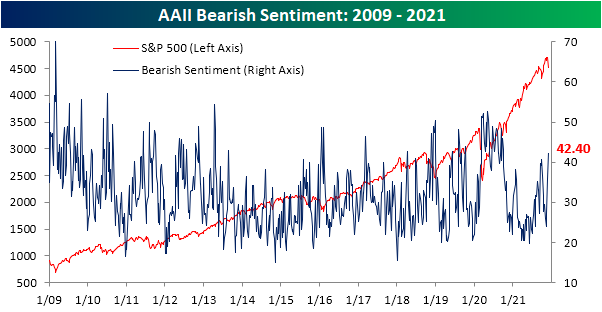 Due to the big inverse moves in bullish and bearish sentiment, the bull-bear spread has also collapsed from double-digit positive readings only two weeks ago down to the bottom decile of its historical range.  At -15.7, the bull-bear spread is now at the lowest level since September 16th. 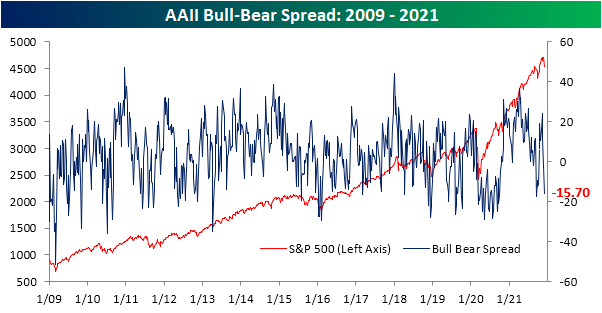 Even though bullish and bearish sentiments have seen big shifts, the percentage of respondents reporting as neutral has gone little changed. There was only a half percentage point increase this week up to 31% which leaves neutral sentiment roughly in line with its historical average (31.43%). 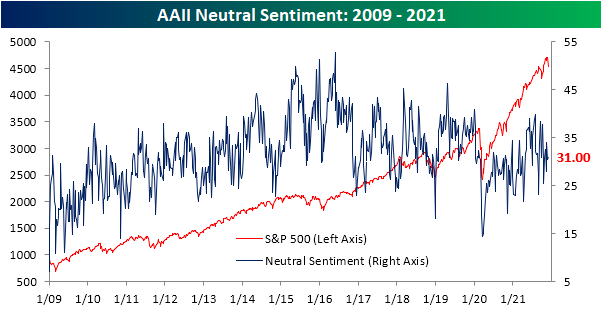 The AAII readings were not the only sentiment indicators that have collapsed.  The NAAIM Exposure index has fallen to 87.87 this week; the first sub-100 reading in five weeks.  Meanwhile, the Investors Intelligence (II) survey saw the highest reading in bearish sentiment since May 2020. Combined with a decline in bullish sentiment, the bull-bear spread has hit the lowest level since October 20th.  In the chart below, we have created a sentiment composite taking the z-scores of the current readings across each of these three surveys (AAII and II bull-bear spreads and the NAAIM index).  This shows that sentiment readings have gone from a historically elevated reading that is a full standard deviation above the historical norm all the way back to zero in three weeks’ time.  In other words, sentiment has made a sharp pessimistic turn in the past few weeks, but current readings are overall not exactly bearish to any extreme degree. Click here to view Bespoke’s premium membership options. 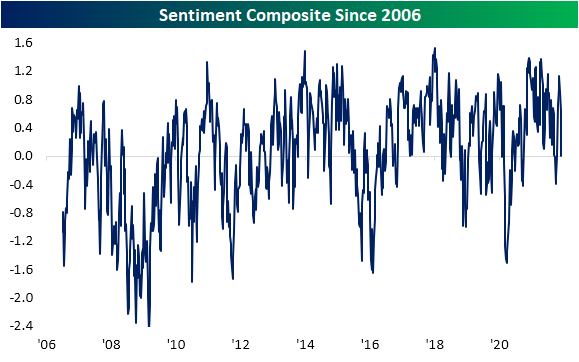