Sentiment Back to Average 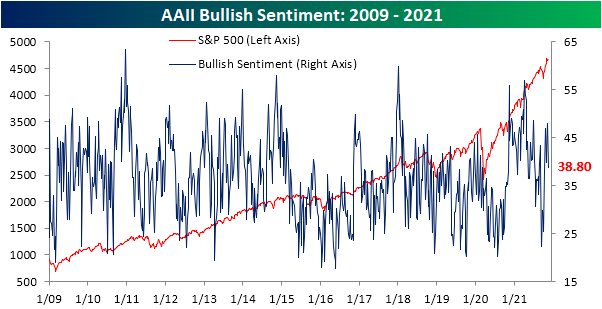 While bullish sentiment saw a sharp reversal lower, bearish sentiment rose modestly to 27.2%.  That is the highest level since the end of October and that remains roughly 3 percentage points below the historical average. 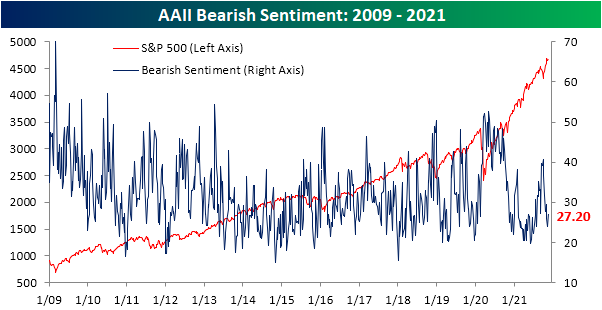 Those inverse moves resulted in the bull-bear spread falling to 11.6. While lower, that still indicates overall sentiment favors optimists. 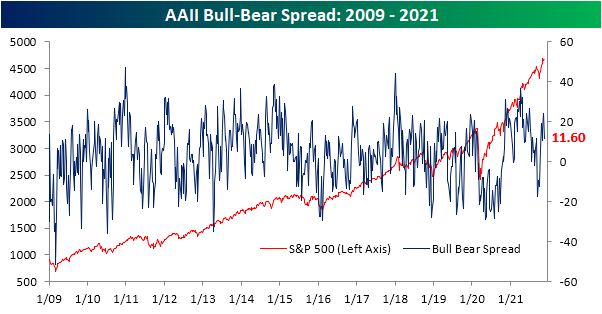 A greater share of the losses to bullish sentiment shifted to the neutral camp with around a third of respondents reporting as such.  That is the highest level since the first week of October.  That reading is a few percentage points above the historical average meaning that like bullish and bearish sentiment, current survey readings do not indicate sentiment is elevated or depressed to any sort of notable extent. Click here to view Bespoke’s premium membership options. 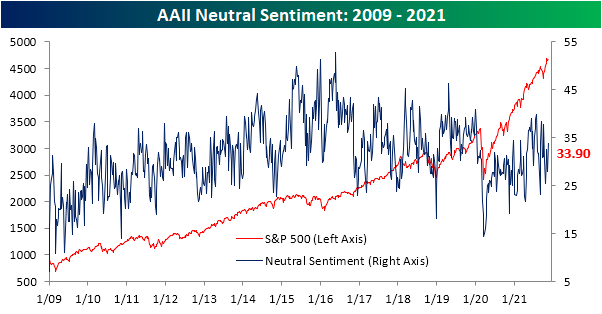