In last night’s Closer, we highlighted the diverging performance of two industries that have often been considered leading groups for the broader market: the Philadelphia Semiconductor index (SOX) and the Dow Jones Transportation Average. As of this writing, that divergence has continued today with the Transports gaining another 1% while the more new age semiconductors are down 0.7%.  As a result, the ratio of the transports to the semis has continued to rally off its recent lows. 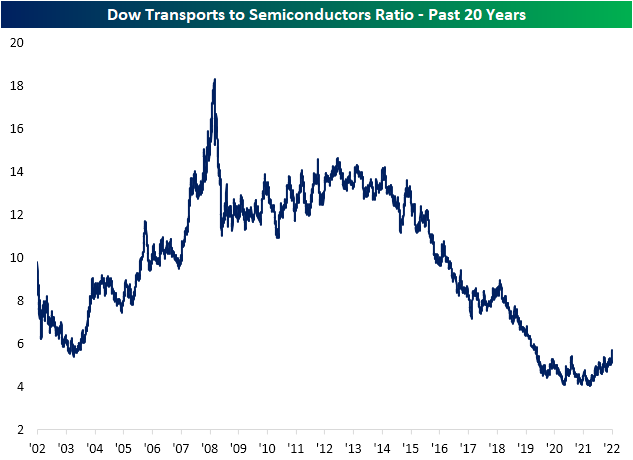 In fact, the five-day rate of change of that ratio has now risen into the double digits as it sits 12.23% above last week’s levels. Surges in the ratio like we have seen over the last week have historical precedence, but very little following the dot com era. The only recent increases that were as large or larger than the current run were in March of last year (2021) and December 2017. 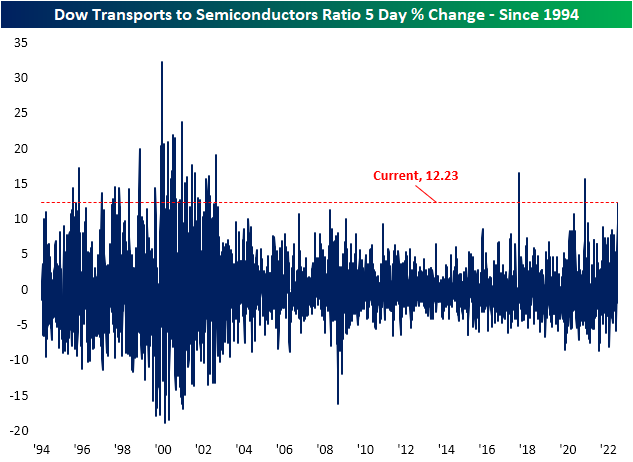 In the table below, we show each time since 1994 (when the Philly Semiconductor Index begins) that the ratio mentioned above has risen by at least 10% in a one-week span without another occurrence in the prior 3 months. The current run higher in the ratio has been on the larger side of those prior instances.

However, that outperformance has not necessarily carried forward.  The next week has consistently seen the Dow Transports turn lower whereas the semis have consistently posted solid gains.  Looking at performance in the medium to longer term, again the semis tend to outperform with more consistently positive moves that are also much better than the norm.  For example, three and six-month performances for the semis have, on average, been around three times larger than the norm for all periods. Transports, meanwhile, have seen performance that is more in line with the historical norm. Click here to learn more about Bespoke’s premium stock market research service. 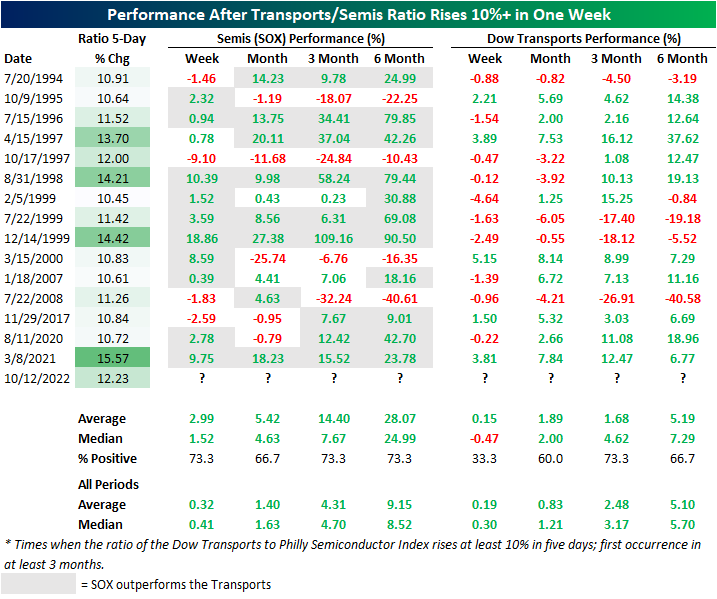