Semis Holding Up Relative to Market

From that high on 3/24, we saw a modest pullback in the strength of the semis relative to the S&P 500, which then bounced again in recent days.  Going forward, the key for the semis is over which level it breaks first.  Will it be the March high or the short-term low three days later on 3/27 that followed.  Whichever way it breaks will likely dictate which way the broader market goes as well. 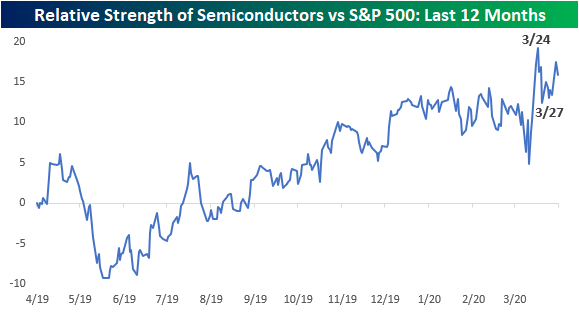