Sectors Failing at their 50-Day

In last week’s Sector Snapshot, we noted that each of the eleven sectors as well as the S&P 500 had finally exited oversold territory as shown in the charts below.  Even with the major indices down around 2% today, they have held up in neutral territory so far.  One interesting thing to note of today’s decline is some sectors are turning lower right as they come within reach of their 50-DMAs. 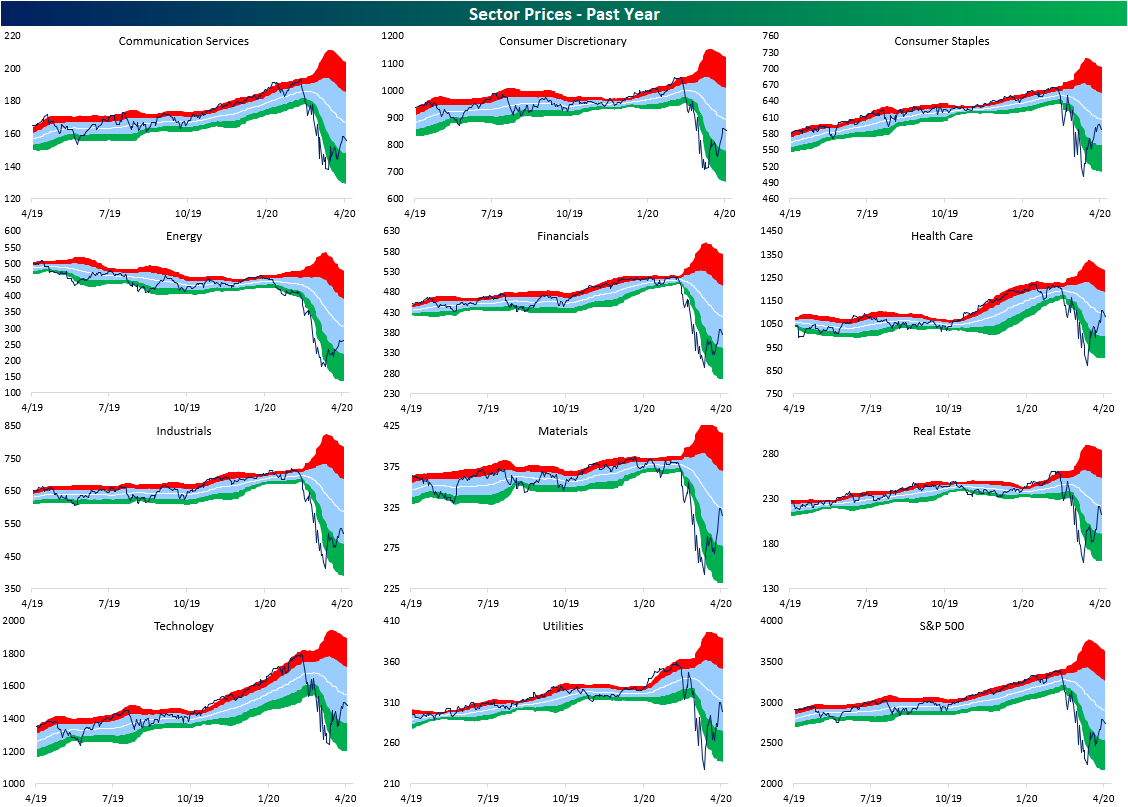 Over the course of this recent market downturn, Health Care has been the only sector to recently close above its 50-DMA which happened last Wednesday and Thursday. Before that, you would have to go all the way back to March 5th to find a sector above its 50-DMA (Utilities).  While Health Care pressed above this average last week, it has failed to hold there with today’s declines bringing it 0.79% below its 50-DMA.  Health Care is not alone in failing at its 50-DMA though. Despite having never taken out these levels, the Materials and Real Estate sectors both came within 1% of their averages as of Friday’s close before turning lower today.  While they did not get as close, Consumer Staples and Utilities have also failed to press higher after closing within 2% of their 50-DMAs on Friday. That gives evidence that the 50-DMA could be the next technical roadblock for the other sectors as well as the broader S&P 500.  Start a two-week free trial to Bespoke Institutional to access our Sector Snapshot and much more. 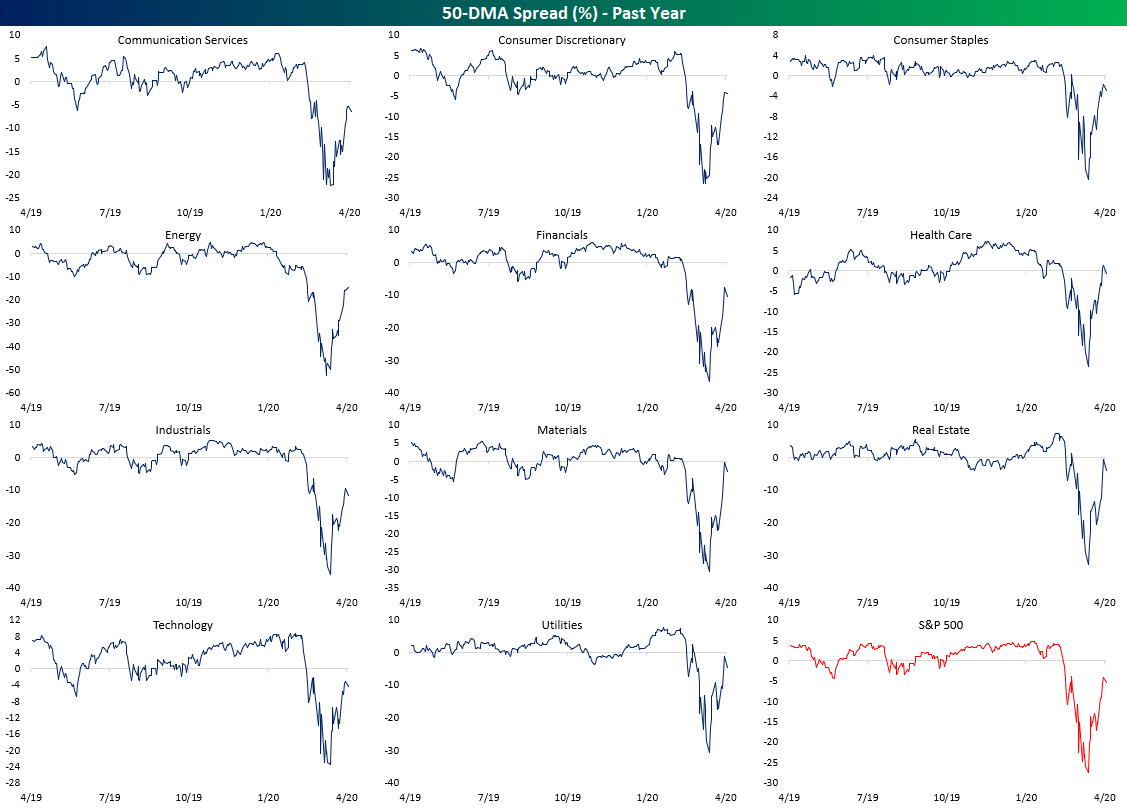