Since the S&P 500’s last all-time high on September 2nd, the Technology sector has been the hardest hit group having dropped over 13%. As a result of those declines, the sector’s weighting in the S&P 500 has dropped roughly 1.5 percentage points from 28.85% down to 27.35%. In terms of moves in sector weighting over 12-day spans since 1990, that stands in the bottom 2%.

Comparatively, the sector that has taken the next biggest hit in terms of S&P 500 weighting is Communication Services which has fallen a much more modest 0.39 percentage points in that same time. Other than those two, only Consumer Discretionary has also seen its weighting in the index decline.  As shown in the chart below, the Technology sector has now erased all of its weight gain from August, and it is back to similar levels from July. Granted, the sector still boasts its highest weighting since the dot com era. 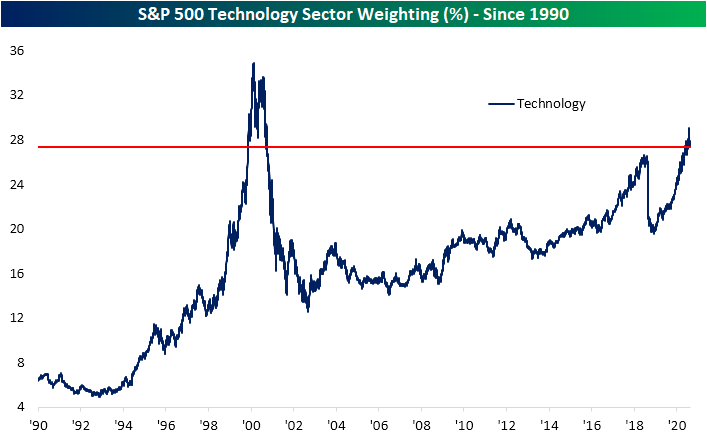 Meanwhile, the Energy sector has been the fourth worst-performing sector since the September 2nd high having fallen over 8%, but it has actually gained weight with its S&P 500 weighting having risen 0.06 percentage points to 2.3%.  Inverse to the Technology sector, and granted it was a much less significant move, the Energy sector still has a historically low weighting (2.2%) that is unlike anything observed since at least 1990. 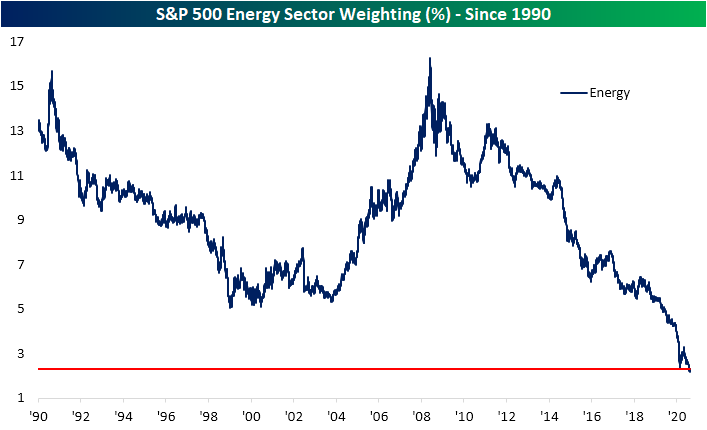 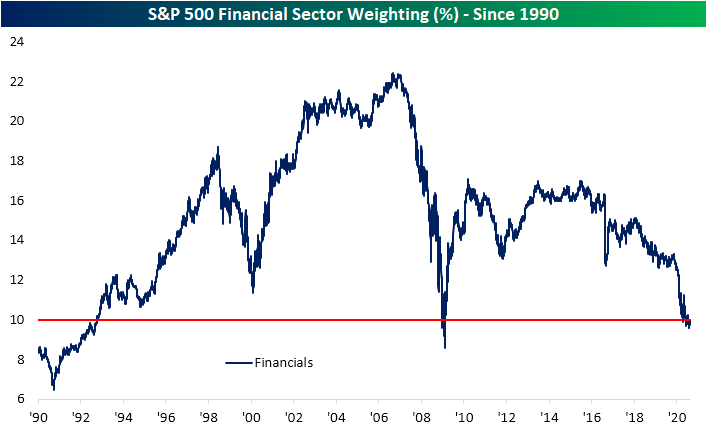