Over the past year, the Technology sector has been the most notable sector in terms of outperformance relative to the S&P 500. As shown in the charts from our Sector Snapshot below, the relative strength chart for Technology has been in a steady uptrend for the past twelve months without much interruption even while the decade long bull market was coming to an end. In fact, last week it was the first sector to exit oversold territory after every sector was oversold for 13 days. The other sectors have not been as lucky. During the recent sell off, the relative performance of most sectors, especially cyclicals like Energy, Financials, and Industrials, fell sharply (indicating even worse declines than the S&P 500).  Consumer Staples and Health Care, on the other hand, have seen much stronger performance than the rest of the market.  Start a two-week free trial to Bespoke Institutional to access Sector Snapshot and much more. 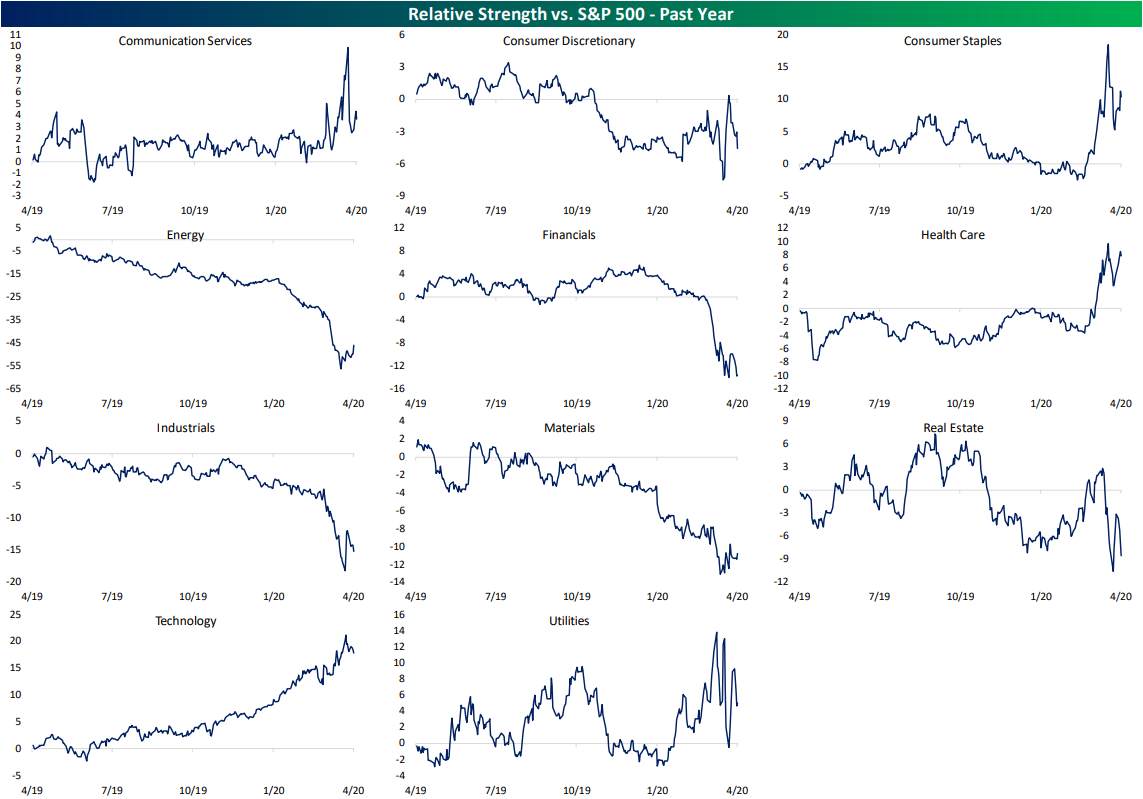