Initial jobless claims rose 23K this week to 248K after a seasonally unusual increase in claims (more on that below).  That marks the largest one-week increase in the seasonally adjusted number since the week of January 14th when claims rose by 59K. 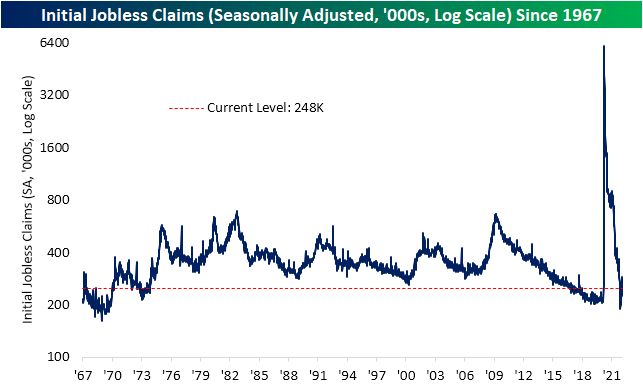 The current week of the year has historically been an impressive one for claims.  In fact, going back to 1967 when claims data begins, the only year in which the current (the 7th) week of the year has seen NSA claims rise week over week was 1978. This year can be added to that list now as NSA claims rose a modest 7.8K.  That seasonally unusual uptick was part of the reason for the large rise in SA claims.  Although claims were higher, the current level remains healthy and within the range of pre-pandemic years. 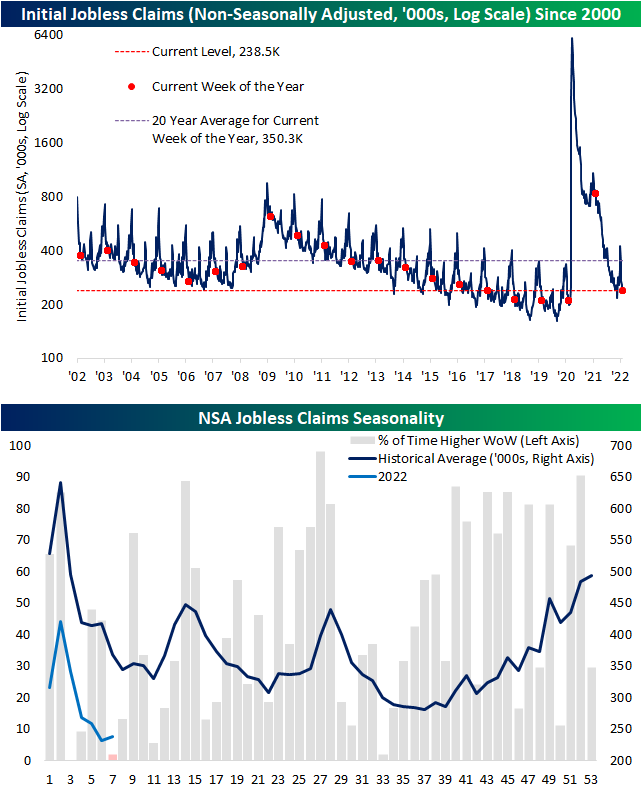 Continuing claims are lagged an additional week to initial claims and that reading fell more than expected dropping to 1.593 million. While off the lows from the end of last year, that remains one of the strongest readings of the past several decades.  Click here to view Bespoke’s premium membership options. 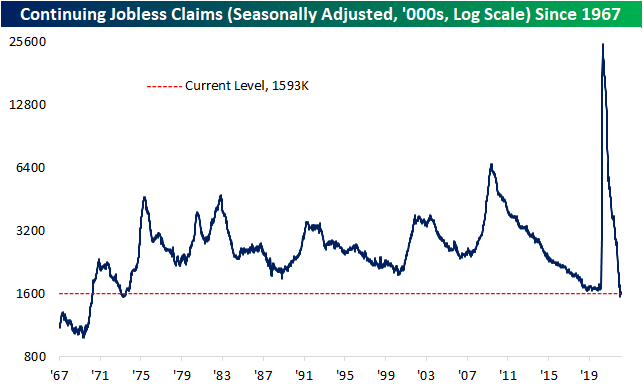