Taking a look at our Seasonality Tool, it is hard to find a day in the year that will give a weaker reading for the one month to three month periods.  As shown in the snapshot of the tool below, over the past decade, the one month period from mid-July has a median loss of 0.34%. That stands in the 13th percentile of all periods of the year.  Meanwhile, three month performance ranks even weaker in the bottom 2% of all periods with a median decline of 1.19%.

To show this in another light, in the chart below we show the average 3 month forward performance over the past 30 years for each calendar day of the year.   July is the only major period of the year in which the forward 3-month performance consistently leans negative. 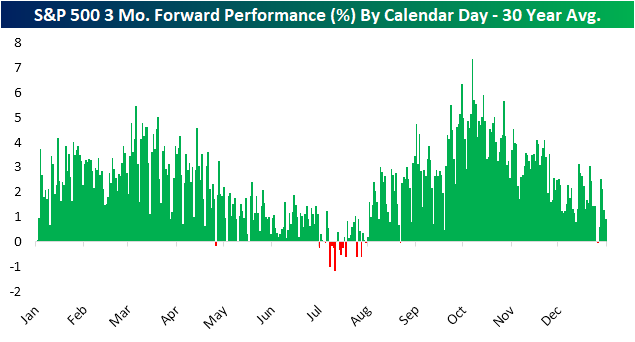 While over the long term mid-July and the next few months have been one of the weaker periods of the year, more recently things have been a bit better. In the chart below, we show the S&P 500’s average performance from July 15th out over the next three months.  While the 10 and 20-year averages show the S&P 500 is typically flat or slightly lower through the summer and early fall, the index has actually on average trended higher over the past five years.  In other words, that seasonal weakness has been less evident in recent years. Click here to view Bespoke’s premium membership options. 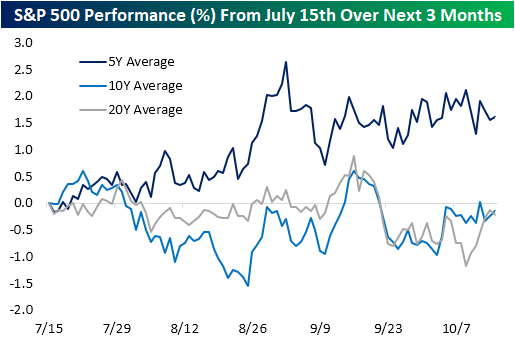