On a seasonally adjusted basis, initial jobless claims were a bit of a dud this week rising all the way up to 286K compared to expectations of a decline from 230K to 225K.  That is now nearly 100K above the multi-decade low set at the start of December albeit still at the low end of claims’ historical range of the past several decades. 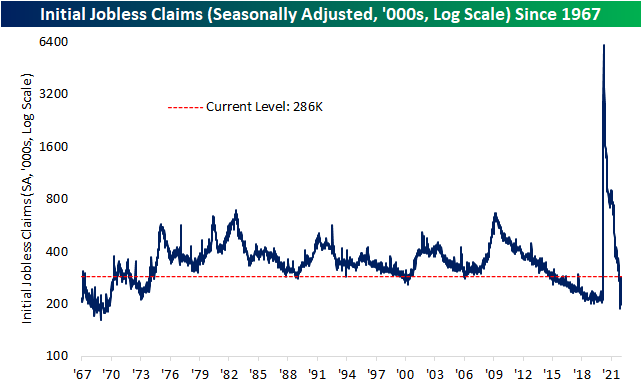 Part of the reason for the uptick in claims is likely thanks to the rise in COVID cases in recent weeks but there are also some interesting points regarding seasonality for the current week of the year.  As shown in the charts below, going back to 1967 when claims data begins, there has actually not been a single time that the third week of the year has seen unadjusted claims up week over week!  So seasonal tailwinds for the current week of the year have pretty much been a surefire bet, and as such, unadjusted claims fell from 420.8K down to 337.4K.  Although lower, the size of the decline was not nearly as large as could have been expected.  At 83.4K, the decline week over week is actually on the small side when compared to the averaged decline of 146.7K for the current week of the year. Overall, claims remain at relatively healthy levels in spite of recent weeks’ deterioration. 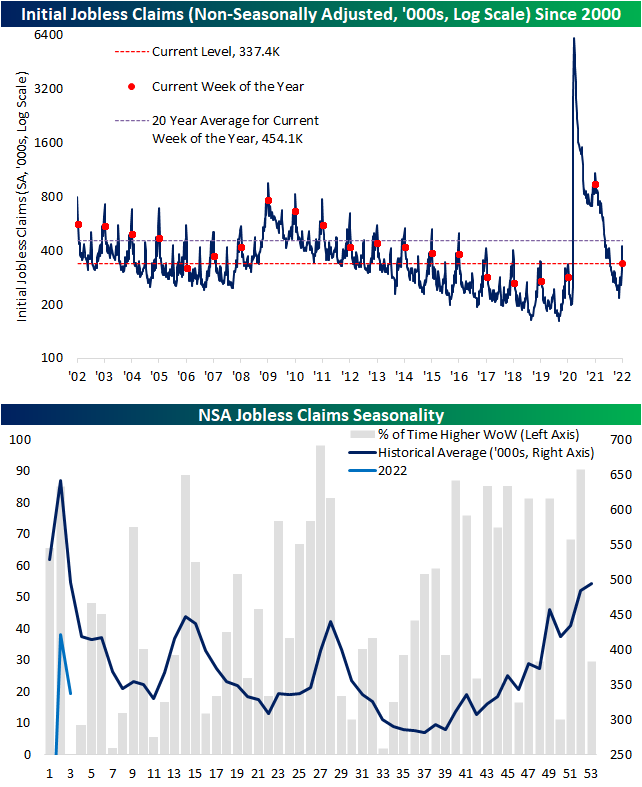 Continuing claims are lagged an additional week to the initial claims number making the most recent print through the first week of the year.  Seasonally adjusted continuing claims rose to 1.635 million that week. Albeit higher, that is still over 100K below levels from before Christmas and around one of the lowest levels of claims since the 1970s.  Given the most recent week’s increase in initial claims, continuing claims are likely to continue to rise next week.  Click here to view Bespoke’s premium membership options. 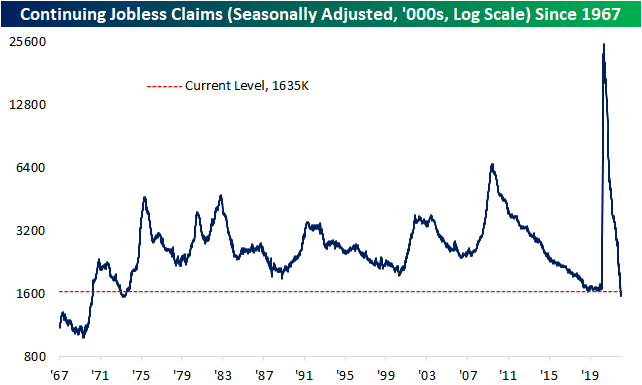