After hitting multi-decade lows at the beginning of December, initial jobless claims have been on the rise with the most significant increase in that time occurring in the latest week. The seasonally adjusted reading increased by 23K to 230K this week which is the highest level since the week of November 12th.  While there has not been much improvement in claims in the past month, current levels are still right around those from just before the pandemic. On a longer-term basis, these readings are also some of the strongest since the early 1970s. 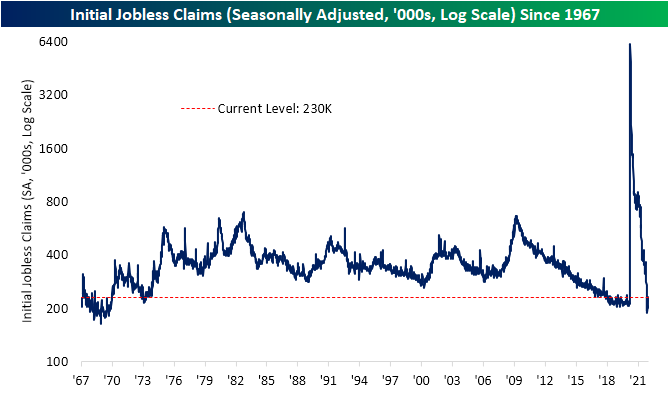 On a non-seasonally adjusted (NSA) basis, the current week of the year typically marks a seasonal peak in claims.  In fact, the current week of the year has historically seen claims rise 85.2% of the time week over week. As such, NSA claims surged over 100K this week from 315.8K to 419.4K.  In spite of that seasonal headwind alongside the additional issue of rising COVID cases—which we cannot parse out how much each factor is contributing to the rise in claims—that was actually slightly below the average weekly change of 111.6K for the current week of the year.  Of course, the current level of claims is a major improvement from where things stood this time last year, but it is still decently above levels from comparable weeks of the few years prior to the pandemic. Assuming this week marks the seasonal high as it has in the past, claims will now have tailwinds combating any COVID headwinds in the coming months. 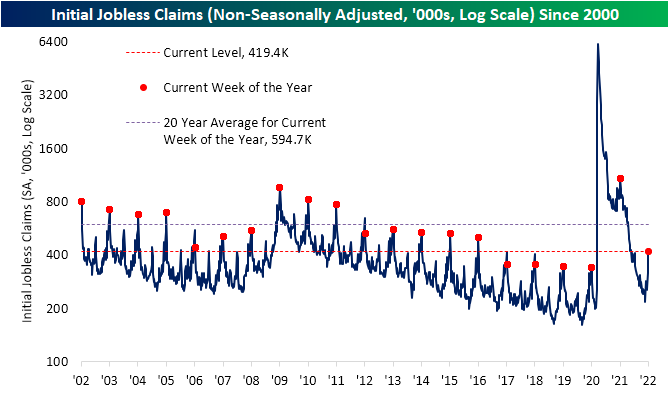 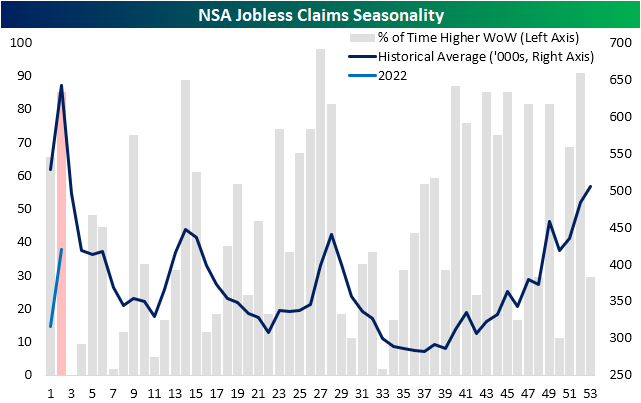 Although initial claims were somewhat disappointing this week, seasonally adjusted continuing claims were very strong coming in at the lowest level since the week of 6/1/73. Claims by this measure are delayed an extra week to initial claims, but the most recent reading for the last week of 2021 showed only 1.559 million claims. The 194K week over week decline was the largest since mid-October when the reading fell by 241K.  Click here to view Bespoke’s premium membership options. 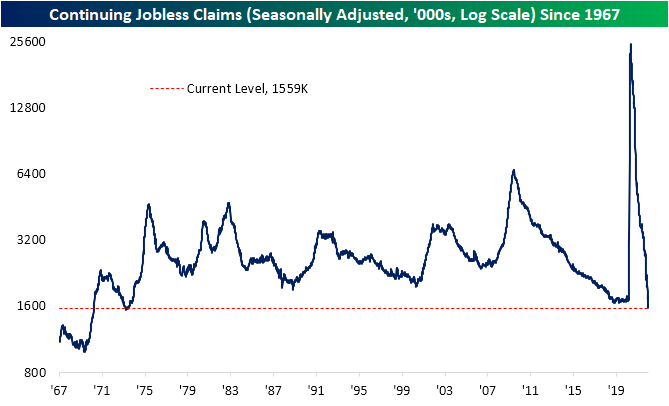