Seasonal High is Here for Claims

Jobless claims have continued to rise hitting the highest level since November this week. Claims rose from an unrevised 235K up to 244K this week.  With consistent increases in claims over the past few months, the reading has gone from multi-decade lows to levels that would have been the highest since late 2017/early 2018 pre-pandemic. 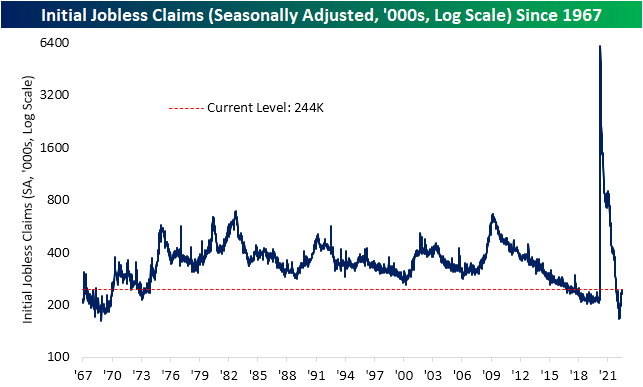 As we have noted each week recently, the current week of the year has historically marked a seasonal peak in claims.  As such, the current week of the year has also seen a sequential rise in claims 80% of the time including a rise this week.  NSA claims now are at 241.3K which is inline with the comparable readings for the three years prior to the pandemic. Although part of the recent increase in claims is likely seasonal in nature, given evidence of a slowing economy including weakness in other labor market data like under the hood of Friday’s nonfarm payrolls report, how much that seasonal uptick unwinds in the weeks ahead will be something to watch. 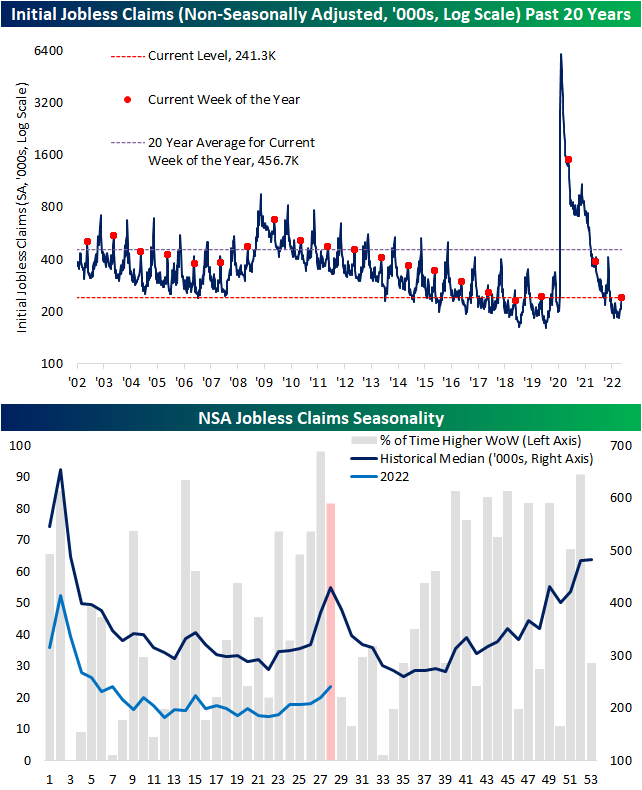 As for continuing claims, there has not been as notable of an increase recently when compared to initial claims. Continuing claims have only risen marginally from the low of 1.306 million in the week of May 20th to 1.331 million in the most recent reading as of July 1st.  That most recent reading also saw a sizable improvement from the prior week with claims falling from 1.372 million.  Click here to learn more about Bespoke’s premium stock market research service. 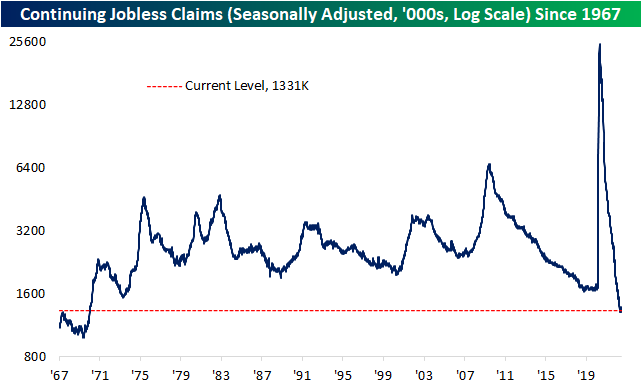