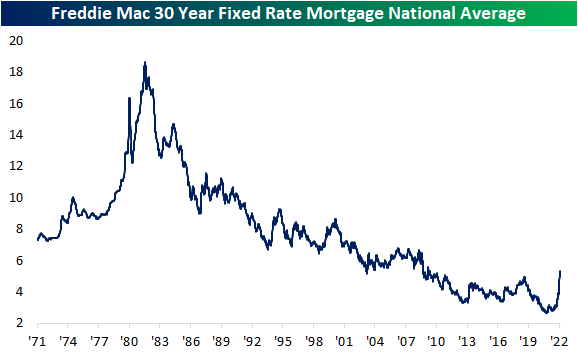 Rising interest rates have taken their toll on housing data, but the pain has not ceased. The latest reading on mortgage purchase applications from the Mortgage Bankers Association showed a significant 11.9% week-over-week decline. That is one of the largest sequential declines since the spring of 2020 with the only larger decline in that time being in February 2021. 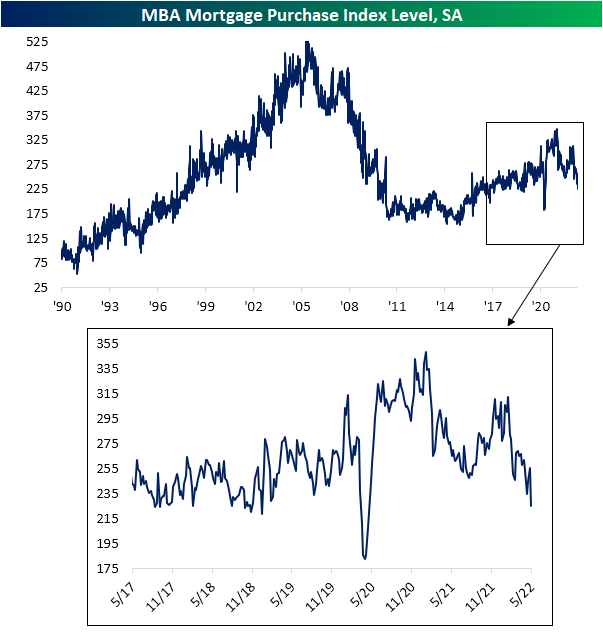 We would note, however, that the February 2021 decline should be viewed with a grain of salt.  Historically, there has usually been one week each year in February (often, but with perfect consistency, the second week of the month) with an oversized decline likely as a result of quirks regarding seasonal adjustment. In other words, factoring out those predictable February declines, such a large double-digit drop in purchase apps stands out even more. 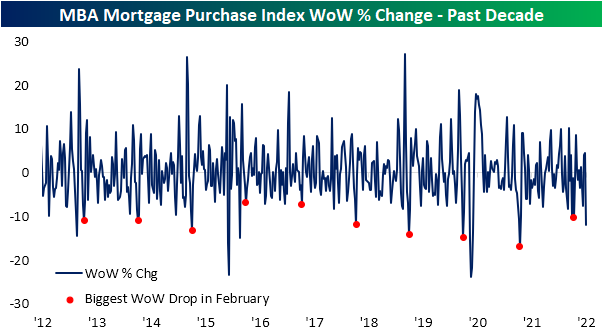 Staying on the topic of seasonality, this point of the year usually has seen the annual peak in purchase apps get put in place.  That appeared to have happened last week as there was a sharp pullback in the unadjusted number this week.  With seasonality turning from tailwind to headwind, in 2022 purchases have moderated from one of the strongest years of the past decade to middling. 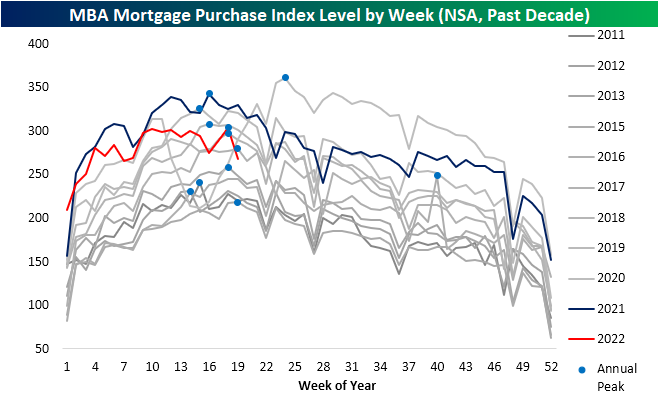 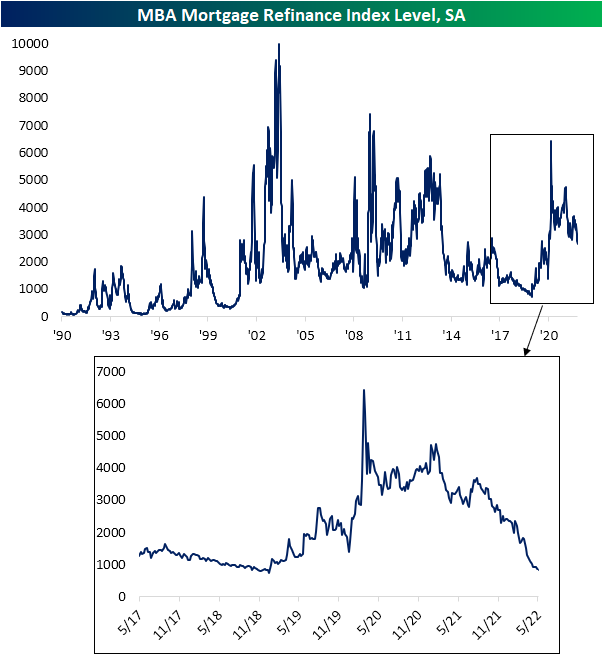