Russell Takes a Bite of the Apple (AAPL)

After back-to-back weekly gains of more than 6%, the small-cap Russell 2000 has kept the momentum going to start the week as it is already up over 2% today. The fact that the index was up more than 5% in back to back weeks was pretty incredible enough; going back to the index’s start in the 1970s, it has only happened seven other times with the last occurrence coming all the way back in 2009. In fact, it not only happened once in 2009, but in three separate months (April, June, and July)!

Back on September 1st, AAPL’s market cap actually topped the entire market cap of the Russell 2000 for the first time in history.  The honeymoon for AAPL didn’t last long, though.  The next day the iPhone maker’s market cap dipped back below the Russell 2000’s and hasn’t topped it again since.  Click here to view Bespoke’s premium membership options for our best research available. 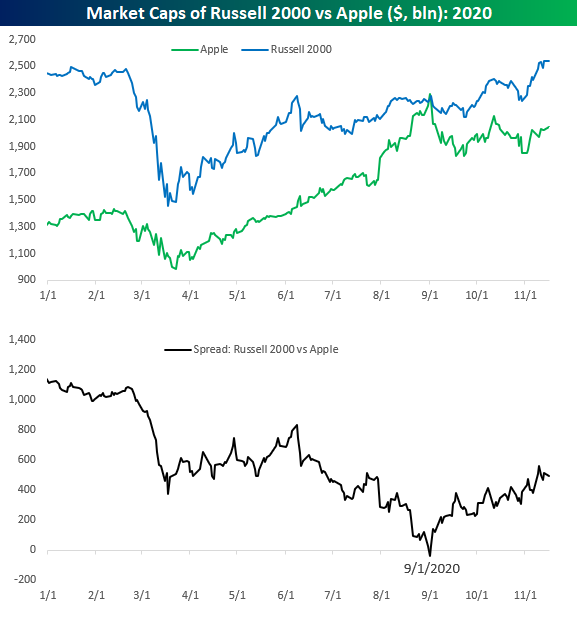