The final quarter of 2020 and the first quarter of this year saw small caps come back into favor as the Russell 2,000 consistently outperformed the S&P 500 during that stretch. From the late September test of its 200-DMA to the mid-March highs, the Russell 2,000 rose rallied around 65% versus the S&P 500’s gain which was less than half of that.  As such, the ratio of the two indices shown below, and highlighted in last night’s Closer, ripped higher.  That outperformance has been absent over the past quarter though.  In the second half of March, the ratio peaked then made a sharp reversal lower.  Throughout Q2 and continuing into Q3, the ratio has continued to trend lower as the Russell 2,000 has trended sideways, hovering around its 50-DMA.  Click here to view all of Bespoke’s premium membership options and to sign up for a trial. 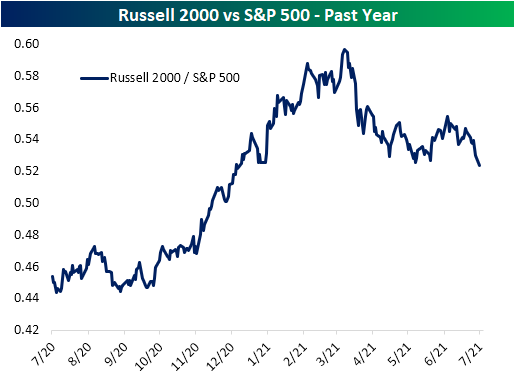 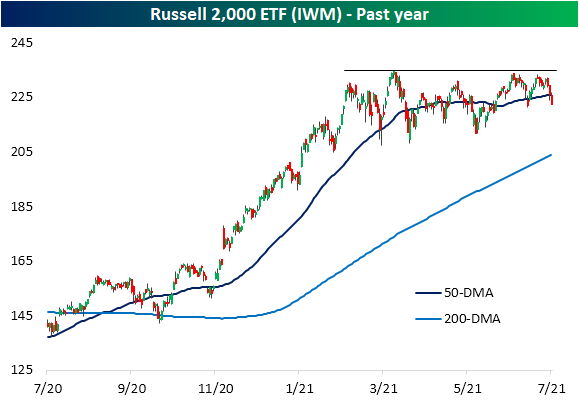