The table below lists the 40 stocks in the Russell 1000 with the highest short interest as a percentage of float.  Behind TSLA, the second-largest stock in terms of market cap of the stocks listed is Match Group (MTCH) which is less than a fifth the size of TSLA.  Currently, MTCH is also the only stock in the Russell 1000 with more than half of its shares shorted (60.14%).  That is after it was one of the top performers of the group last year, rising 95.79%.  Some other big winners in 2019 which are now being bet against the most are Beyond Meat (BYND) that rose over 200% since its IPO, Carvana (CVNA) which rose 187%, Ubiquiti (UI) which rose over 93%, and Caesars Entertainment (CZR) which is also up over 100%. On the other hand, big losers like Range Resources (RRC), Antero Midstream (AM) and 2U (TWOU) continue to be bet against amidst major declines in the past year, and they have not found any respite so far in 2020.

In terms of performance for most heavily shorted stocks so far this year, of the stocks listed below, the average YTD change is a gain of 1.3%.  However, if you take Tesla (TSLA) out fo the mix, the average performance shifts to a decline of 1.75% as 23 of the 40 stocks listed are down YTD.  Start a two-week free trial to Bespoke Institutional to access our full library of reports and interactive tools. 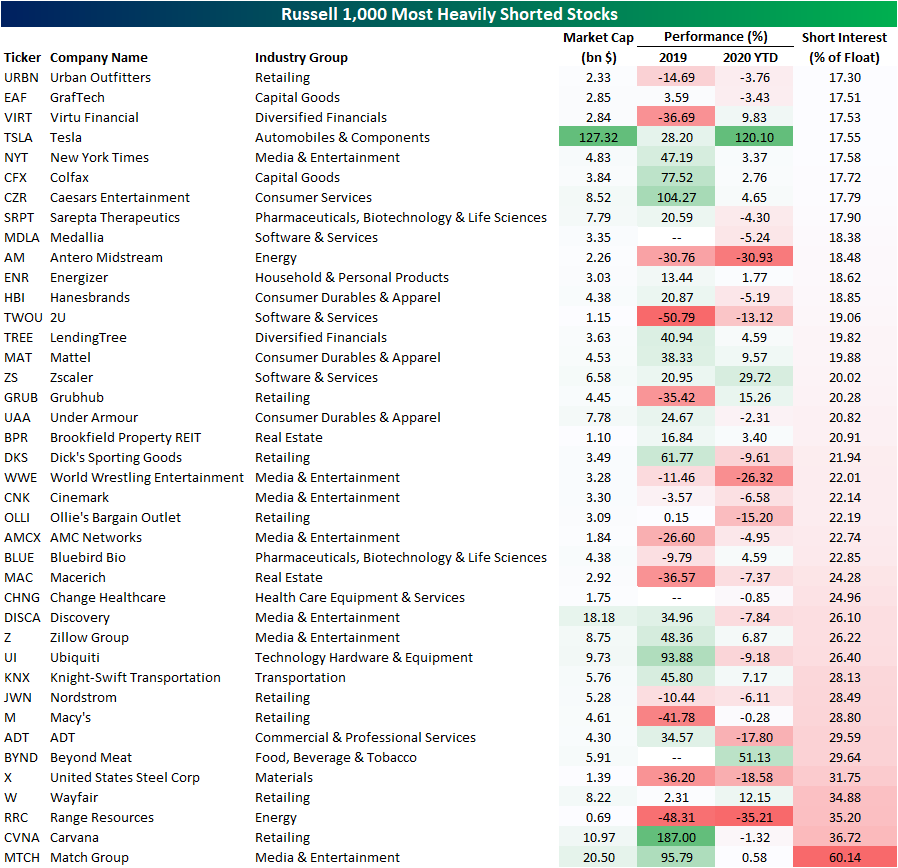