In Friday’s Bespoke Report sent to members, we noted two groups that have been surprisingly strong performers over the past several months: brick and mortar retailers and restaurants. Focusing on the latter, in the chart below we show the S&P 1500 Restaurants index over the past five years.  As shown, up until last week the index’s last high prior to the pandemic actually came well before the rest of the market’s peak in February. The S&P 1500 Restaurants peaked in August of last year and only made a lower high on February 20th before falling over 40% during the course of the COVID Crash in late February and early March. Since the low on March 18th, the index has now risen over 77% and just broke out to a new all-time high. 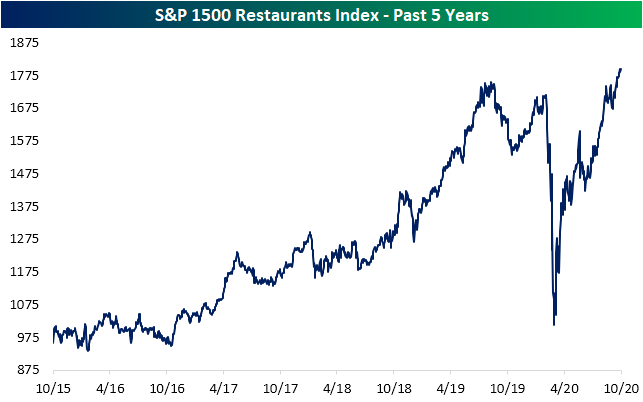 COVID lockdowns and restrictions on in-door dining have impacted the restaurant industry like nothing ever seen before.  Based on the monthly Retail Sales report, the Bars & Restaurants category has seen its share of total retail sales fall more than any other group since COVID began, while the Food & Beverage Store (grocery stores) category has been one of the biggest gainers.  This is what makes the recovery for the S&P 1500 Restaurants group so noteworthy.  While single-location restaurants run by individuals may be having a tough time with capacity limits depending on their geographic location, the publicly-traded restaurant companies with locations throughout the US have seemingly adapted much better in the post-COVID world.  That’s what their share prices are telling us at least.

As shown in the table below, nearly all of the stocks in the S&P 1500 Restaurant group made 52-week lows around the time of the broader market bear market low in mid-March.  All but four have since seen their stock price double.  Brinker (EAT), the parent company of Chili’s, has risen the most since its low having gained well over 500%.  Even after those massive rallies, there are still eleven that are down over the past five years and eleven that are down on a year-to-date basis.  Dave & Busters (PLAY) and Red Robin (RRGB) are both down by more than 50% in 2020. 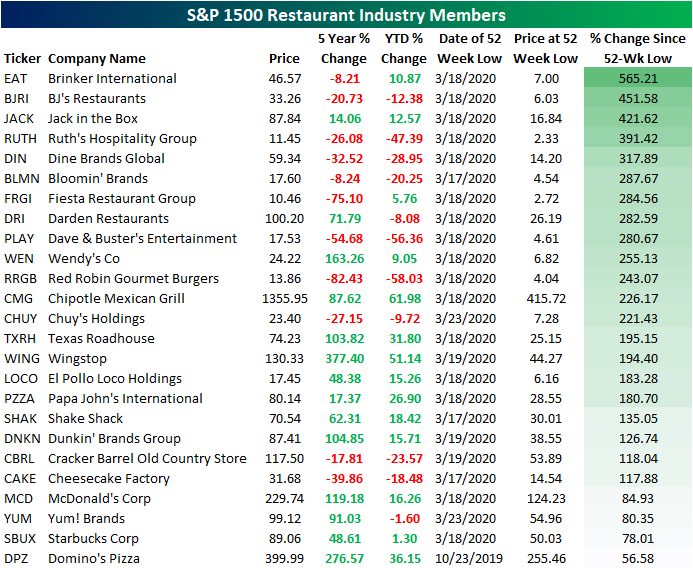 Of this group, Domino’s Pizza (DPZ) is the only one that has reported third-quarter earnings so far this earnings season with overall decent results beating on both the top and bottom line.  As shown in the screenshot below, we created a Custom Portfolio of these stocks so members can track these names as earnings season carries on.  From our Earnings Explorer data, the rest of the stocks in the group are scheduled to release earnings over the next several weeks.  Click here to access our Earnings Explorer and Custom Portfolios tool free for the next two weeks. 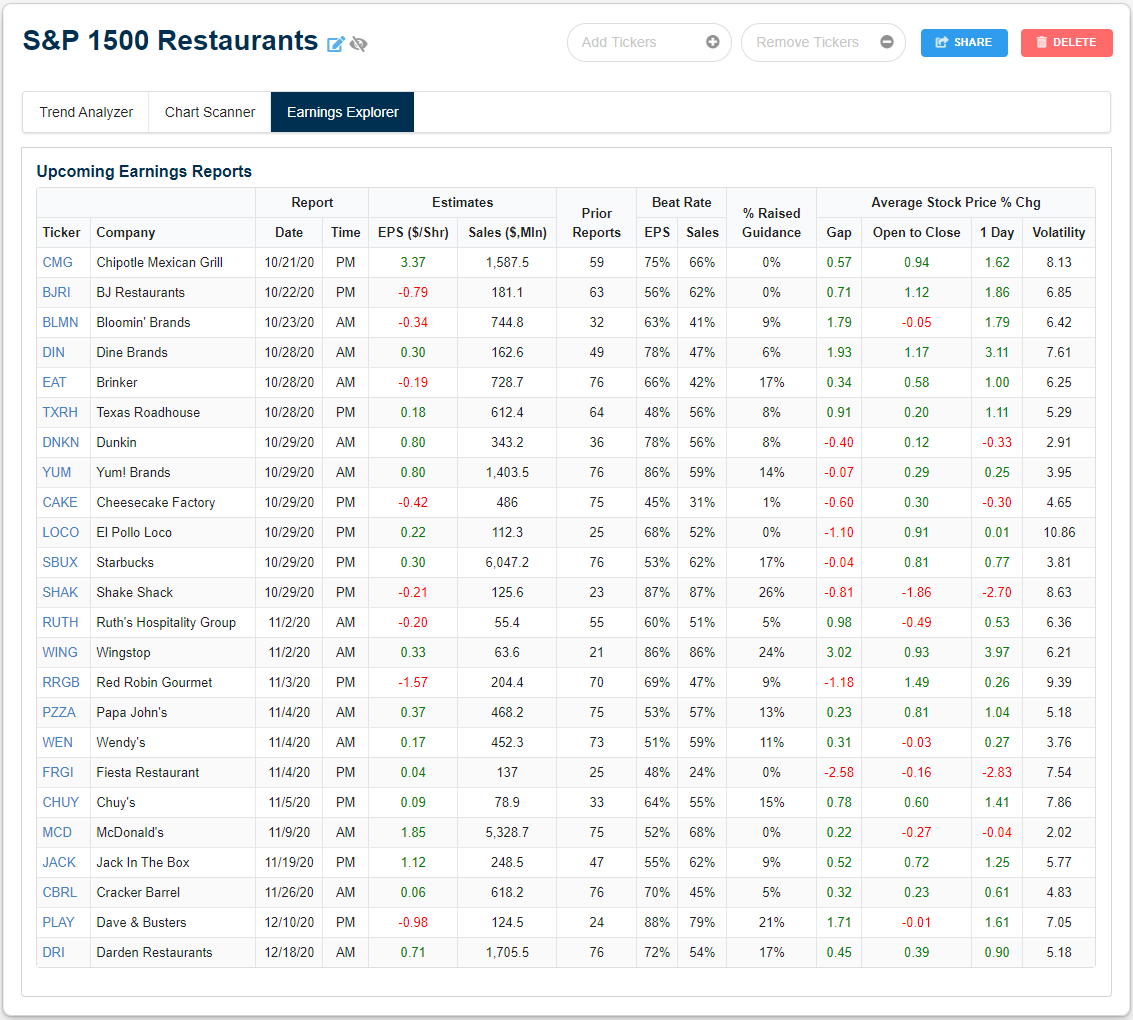