This morning, the Richmond Federal Reserve Bank updated its monthly data on manufacturing activity in the region.  The report showed manufacturing activity was unchanged in June as the index rose to 0 from -27 in May. That was the first non-contractionary reading since March. Additionally, the 27 point month over month increase was the largest one month gain on record.  That follows a very strong reading in May when it rose by 26 points which at the time tied March of 2016 for the largest on record. 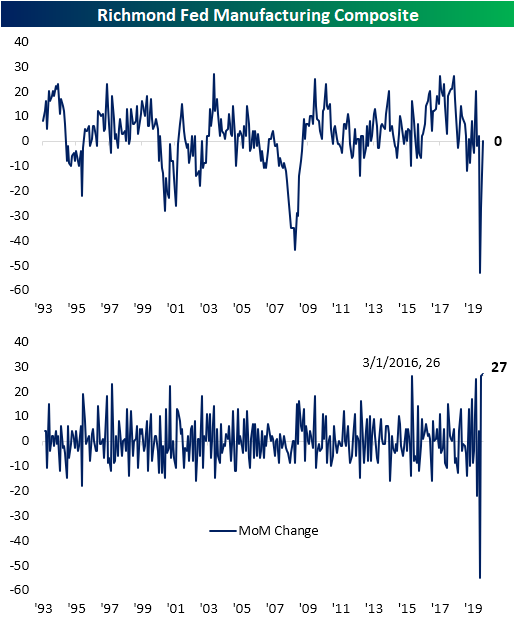 As for the sub-indices of the report, there were five in addition to the headline index—Backlog, Capacity Utilization, Local Business Conditions, Capital Expenditures, and Average Workweek—that rose by the most in a single month. While a massive improvement, most of these readings sit at the lower end of their historical range and there are still roughly an equal amount of sub-indices for current conditions in contraction as expansion. Expectations, on the other hand, are much more optimistic with multiple categories now at the upper end of their historical ranges.  For the indices for future expectations, those of Shipments, New Orders, Capacity Utilization, Local Business Conditions, Services Expenditures, Number of Employees, and Average Workweek also all rose by a record amount. 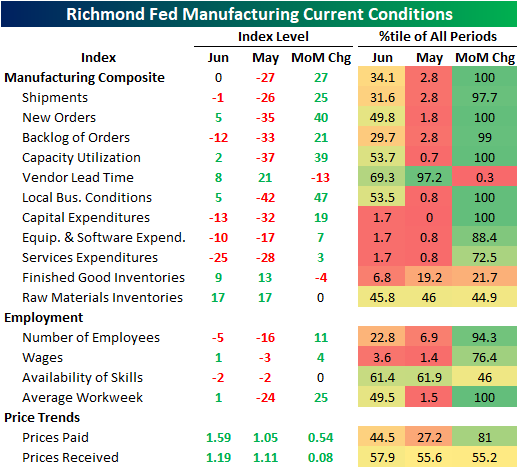 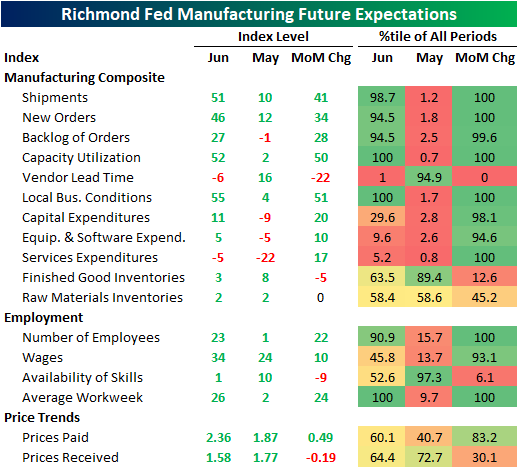 Looking at the service side of the economy, the results were less rosy.  Every service index is still deep in contraction and at the lower end of their historical range and that is even after some of, if not the largest monthly increases on record.  As with the manufacturing indices, though, expectations for the future are more optimistic after huge improvements in June.  The only areas for expectations that remain notably weak and at the low end of their historical ranges are those of capital expenditures (all of which are in the bottom 2% of all readings) and employment.  While employment is still low, the 24-point gain in June brought it into expansionary territory. Click here to view Bespoke’s premium membership options for our best research available. 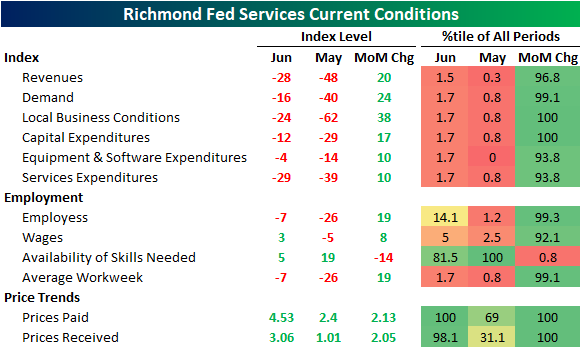 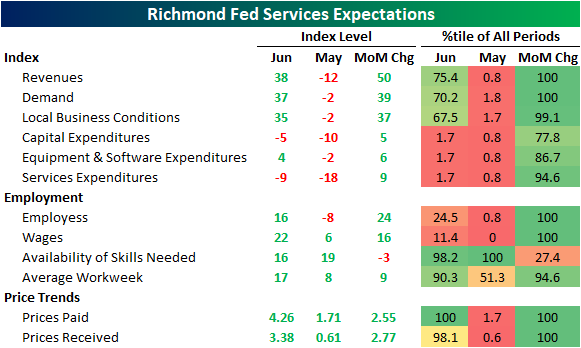