Whereas other regional Fed manufacturing readings like the Empire and Philly Fed were weaker than expected for December, today’s release from the Richmond Fed was a welcome surprise. Rather than the forecasted decline down to 11 from 15 in November, the headline number rose to a reading of 19.  Although that is still off the record highs from earlier in the fall, the December print indicated that manufacturing activity in the region continued to grow at an accelerated and still historically strong rate. 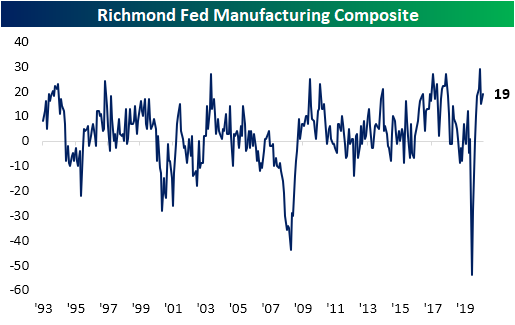 As shown in the table below, this month’s reading moved back into the top decile of all readings since 1993. As for the individual components, New Orders, Backlog of Orders, Vendor Lead Times, Number of Employees, Wages, and Average Workweek also all came in the top decile of historical readings.  On the other hand, current condition indices covering expenditures, inventories, and Local Business Conditions remain much weaker relative to their historical range.

Breadth was broadly positive this month with only a small handful of indices falling month over month.  Of those that fell, the most glaring decline was for Local Business Conditions.  Its 17-point decline was the 8th largest on record. Granted, the index remained positive, but it was at a much slower pace than November. The indices for future expectations were generally weaker than November with a higher number of indices falling in December. 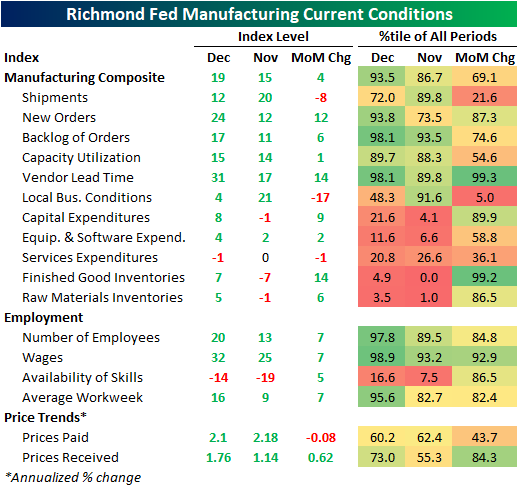 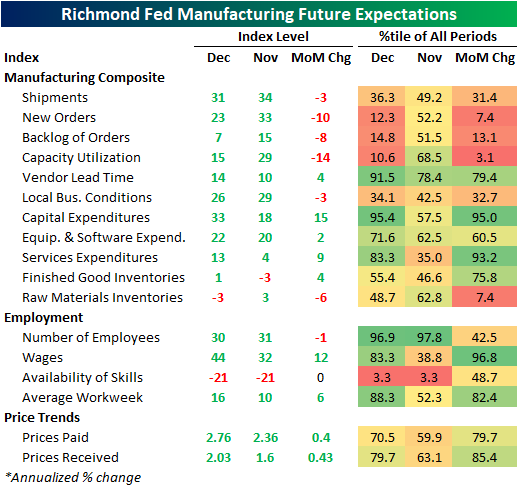 Demand has appeared to continue to recover with New Orders and Backlog of Orders both coming in at another strong expansionary reading in December.  In fact, the Backlog of Orders index rose to the highest level since June 2018 which is also in the top 2% of all readings.  Despite this, Shipments were lower falling 8 points to 12.  That means shipments continued to rise in December but at a slower pace. Given the uptick in New Orders and Order Backlogs, that slowdown in Shipments could be more of a supply rather than a demand problem.

Some evidence of this is the index for Vendor Lead Times.  Higher readings in this index indicate that suppliers are taking a longer time to get products to manufacturers.  Vendor Lead Times are in the top 2% of all readings rising another 14 points to 31 in December.  That 15-point increase was the largest since March when the index rose by 17 points.  Before that, you would need to go all the way back to June of 1996—in the early days of the index when readings were all over the pace—to find another time that the index has risen by more in just one month. 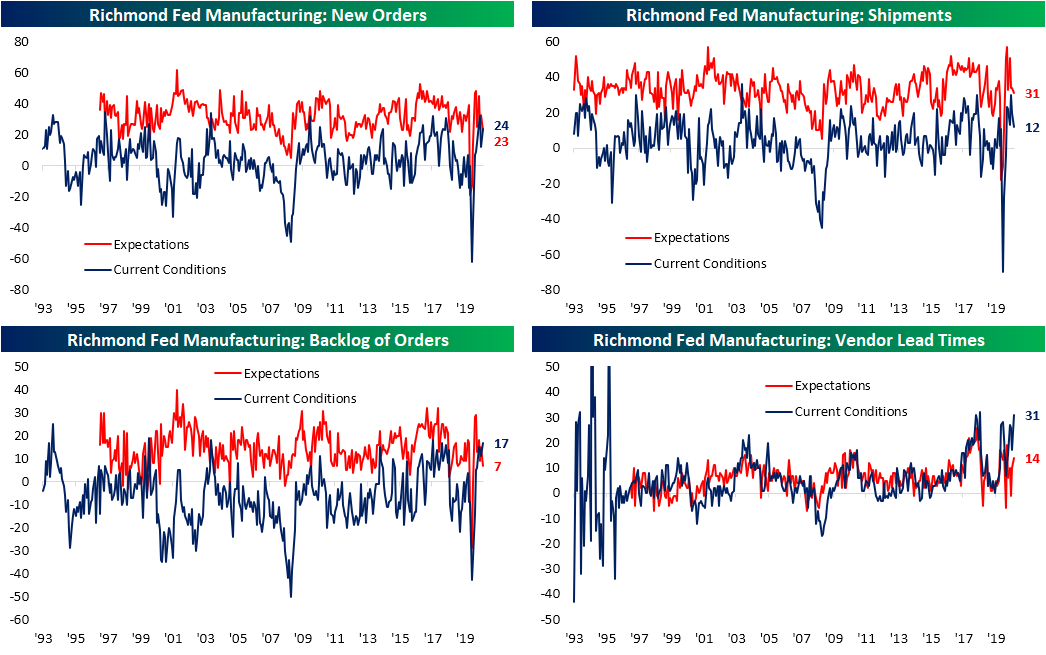 The indices covering employment painted a positive picture for the region’s labor market with Number of Employees and Average Workweek both rising 7 points back up to their recent highs from a couple of months ago. While firms are taking on more people and lengthening the hours worked, they also report having trouble hiring the right people.  The index for Availability of Skills remains around historically low levels even after rising 5 points in December.  Given that tight labor market sign, the index for Wages also rose 7 points up to its highest level since May of last year.  As with the indices for Number of Employees and Average Workweek, the increase this month in Wages leaves each of these indices in the upper percentiles of their historic ranges. Click here to view Bespoke’s premium membership options for our best research available. 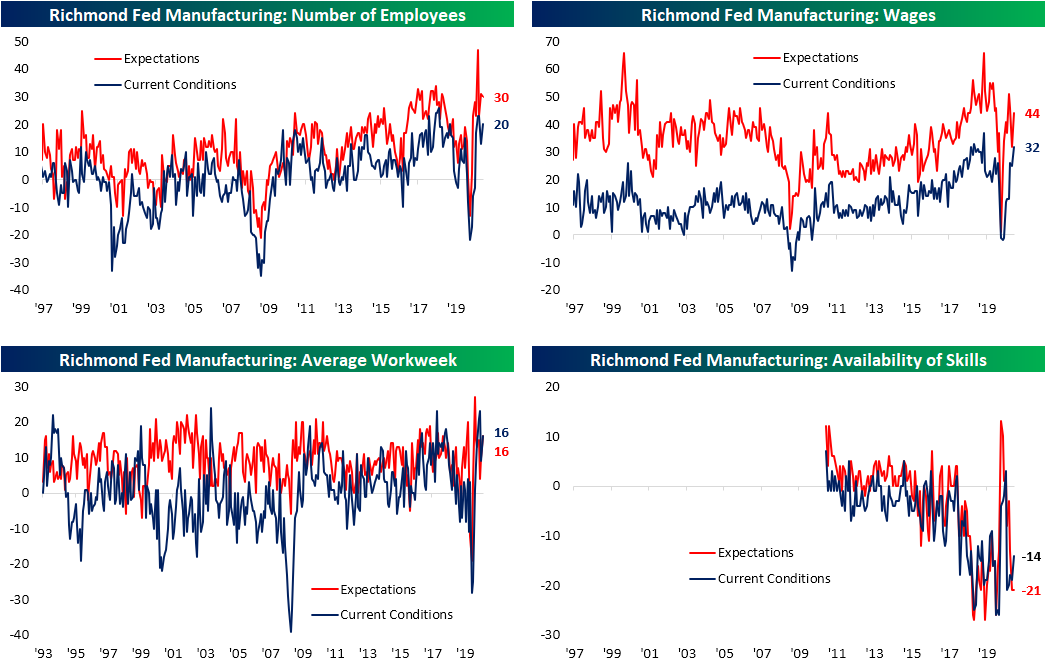