The Kansas City Fed’s February reading on manufacturing activity was expected to grow at an accelerated rate with forecasts calling for the headline number to rise from 24 to 25. Instead, the actual reading came in even higher at 29.  That is the strongest reading on the region’s manufacturing economy since last May. Similar to the Richmond Fed report on Tuesday, expectations saw a similarly impressive reading rising to 38 which is tied with last April for the highest reading on record. 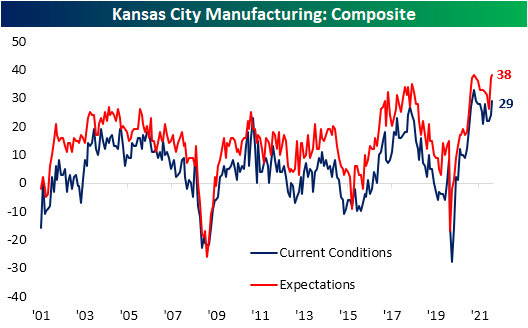 Relative to other regional Fed reports released this month, the Kansas City Fed’s survey has generally seen stronger results.  As shown below, nearly every category across current conditions and future expectations sit in the top decile of their respective historical ranges and breadth was generally positive. The only indices that declined month over month were not outright negatives with declines in things like prices, order backlogs, and delivery times. 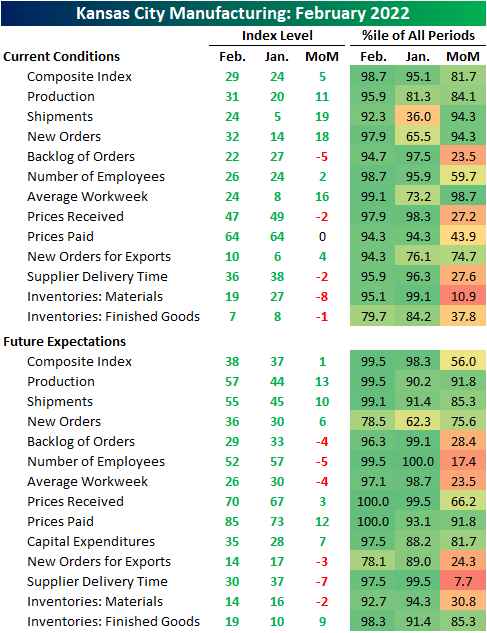 Of the indices that were higher, the biggest gains came from New Orders, Shipments, and Production. Each of these categories rose double digits month over month. While those increases bring these readings into the top decile of their historical ranges, they have not fully recovered the peaks from earlier in the pandemic. Expectations indices are in a similar situation with significant increases (except for order backlogs) this month. Production has seen the most notable increase of these as this month’s reading on expectations hit the second-highest level on record behind the October 2003 reading. 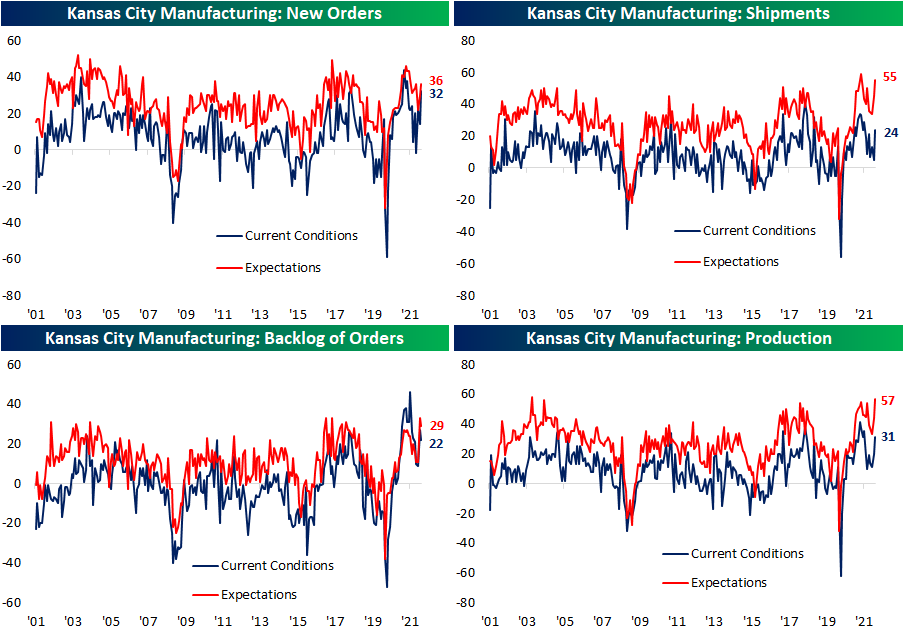 The report showed supply chains remain stressed but improved as delivery times fell another 2 points marking the third decline in a row. 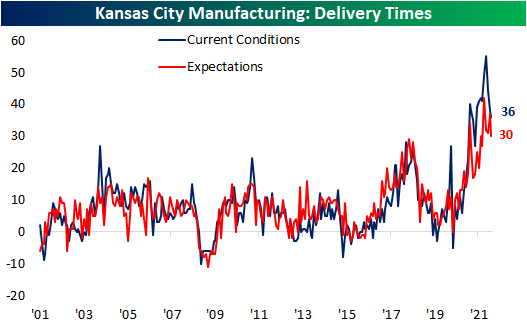 The report’s readings on prices showed a wide divergence between current conditions and expectations.  Both indices had generally been on the decline from extremely high levels in the past year, but over the past two reports, expectations have surged with both prices paid and received hitting new record highs. Meanwhile, current conditions have only flattened out after reversing lower in the second half of 2021. Click here to view Bespoke’s premium membership options. 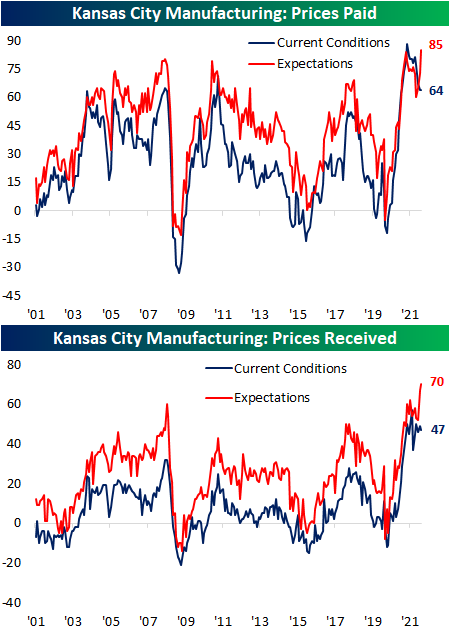