Last week’s releases of the Philly and New York Fed manufacturing surveys showed broad slowdowns in activity, and today’s release of the Richmond Fed’s reading only reaffirmed those findings.  The headline number went from a near-record high of 27 in July down 18 points to 9 in August.  That is the lowest reading since last July.  While that still indicates the region’s manufacturing economy is continuing to grow at a historically healthy clip, the massive decline month over month points to a historic slowdown.  In fact, the 18 point decline was the third largest one-month drop on record behind 22 and 49 point declines in February and April of last year, respectively. 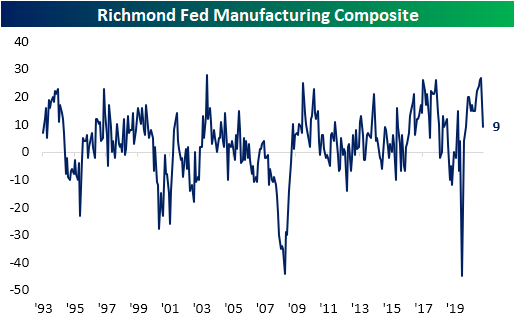 Given the headline number dropped by such a large degree, many of the sub-indices of the report similarly saw declines that rank in the bottom few percentiles of each one’s respective history of month over month changes. Just like the composite reading, if there is a silver lining to be had, most indices are again coming off of near-record levels meaning those large declines only leave them in the middle of their historical ranges at worst as is the case for New Orders and Shipments.  Additionally, current readings mostly remain positive indicating that there is still growth across components, but at a more modest pace. The only negative indices are Local Business Conditions, the two indices covering inventories, and Availability of Skills. While some good can be reasoned with negative readings in inventories and availability of skills—for instance, those negative readings can mean firms will need to increase production with strong demand and there is a tight labor market—the drop in local business conditions is more concerning and likely a result of rising COVID cases. 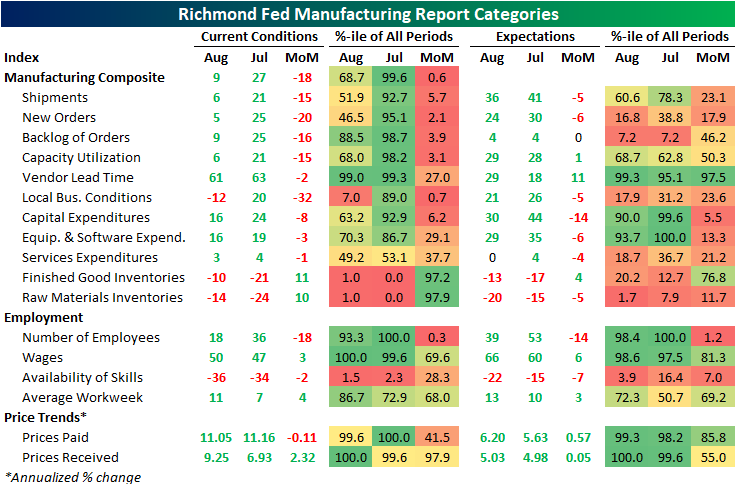 As previously noted, the indices for New Orders and Shipments remain at solid levels consistent with growth in spite of the massive declines month over month. As such, Order Backlogs remain fairly elevated in the 88th percentile.  While the growth of backlogs slowed dramatically alongside new orders, supply chains continue to look abnormal.  Even though the index for Vendor Lead Times has fallen four points from the record high set back in May, the current reading remains well above any historical precedent. 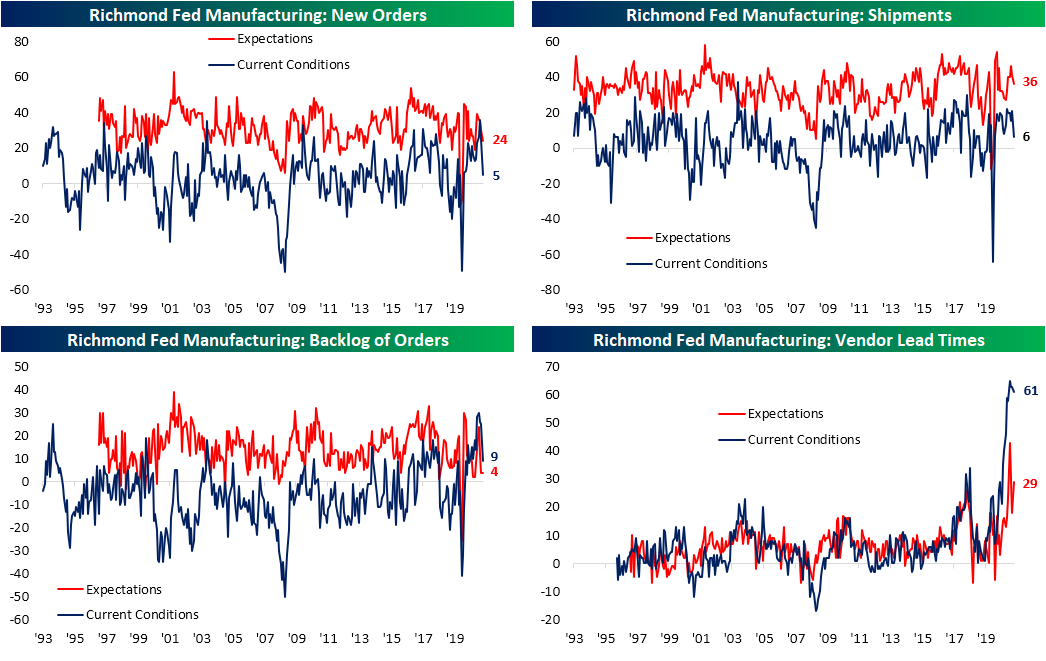 Given lead times are long and backlogs are still elevated, inventories are also historically low.  That is the case for both raw and finished goods. Each of these indices remains negative in the bottom 1% of all readings, but they did see sizable bounces in August. In other words, the region’s firms continue to report that they are drawing upon inventories at a historic rate while vendor lead times are likely not allowing those inventories to be replenished at a more desirable rate.

Prices paid finally got some relief, albeit it was not much.  Prices paid rose at a 11.05% annualized pace versus a record high of 11.16% in July. Conversely, Prices Received continue to make parabolic moves rising 9.25% annualized. 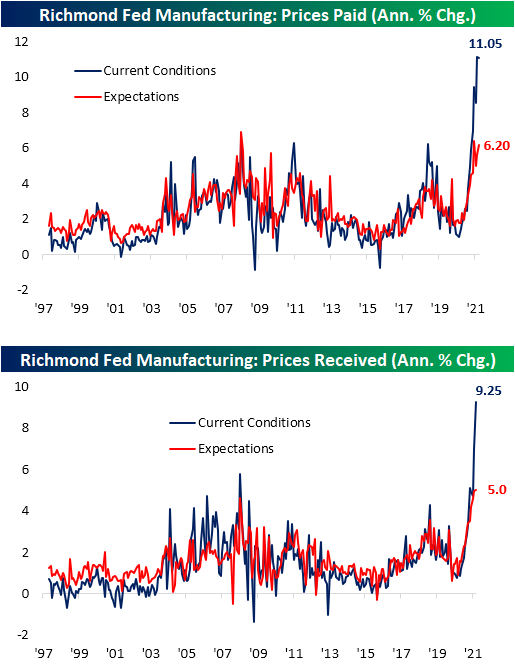 Not only are prices paid and received near/at record highs, but wages also set the record bar even high.  While wages are rising, actual hiring saw a substantial pullback from a record high as more firms reported a lack of workers with necessary skills.   Click here to view Bespoke’s premium membership options. 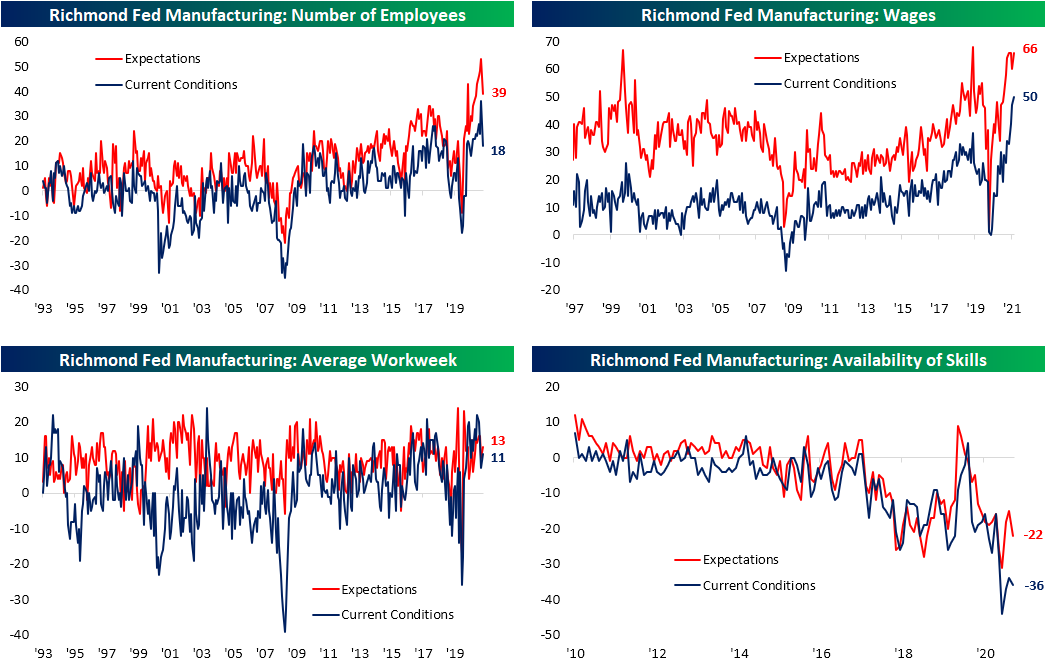