Reactions to the biggest retailer earnings have generally been abysmal this season.  Today, Target (TGT) is following in the footsteps of Walmart (WMT) with its worst single-day reaction to earnings on record according to the data in our Earnings Explorer and its worst day overall since the 1987 crash. Given the two are some of the largest publically traded retailers, broad measures of the space are plummeting.  As shown below, the VanEck Retail ETF (RTH) is down nearly 7% which puts it on pace for its third-worst day since it began trading in 2011.  The only two worse days were in March 2020.  Similarly, the SPDR S&P Retail ETF (XRT)—which has both a longer history and a different weighting methodology (equal-weighted)—is down an even more dramatic 8.73% as of this writing. That is on pace to be the seventh-worst day on record. 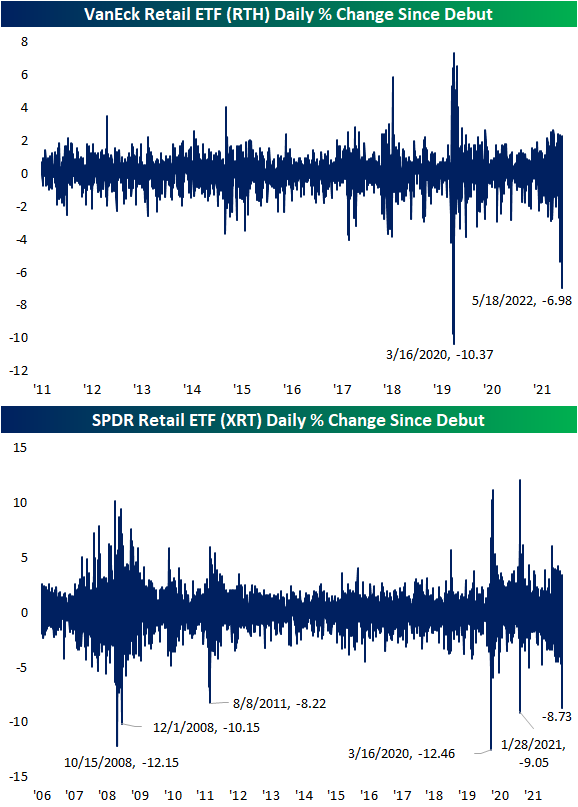 Of course, there are many different niches in the retail space meaning some areas have held up better than others.  Below we show the relative strength lines since the start of 2020 for various S&P 1500 retail sub-industry indices versus the broad market (S&P 1500). The charts are sorted from left to right and top to bottom by largest to smallest market caps.

By far the most striking decline has been the General Merchandise Stores industry which includes names like Walmart and Target.  That line essentially shows the group has lost any and all outperformance versus the broader market since the spring of 2020. The relative strength line of specialty stores has also fallen dramatically to the lowest level in over a year. While those brick-and-mortar giants have gotten crushed, the same can be said for internet-based retail, but the drop in this industry actually happened ahead of these others.

Within retail, there are also a couple of pockets that have held up well.  For example, Home Improvement Retail is comprised of stocks like Home Depot (HD) and Lowe’s (LOW), and that line is still roughly in its uptrend of the past month and the same goes for Automotive retail in spite of its pullback. The only one making a considerable move higher today is apparel retail. However, the entirety of that move is thanks to TJX Companies (TJX) which is the only stock of the 19 in the industry that is trading higher on the day; TJX is rallying 7.87% on earnings.  Click here to learn more about Bespoke’s premium stock market research service. 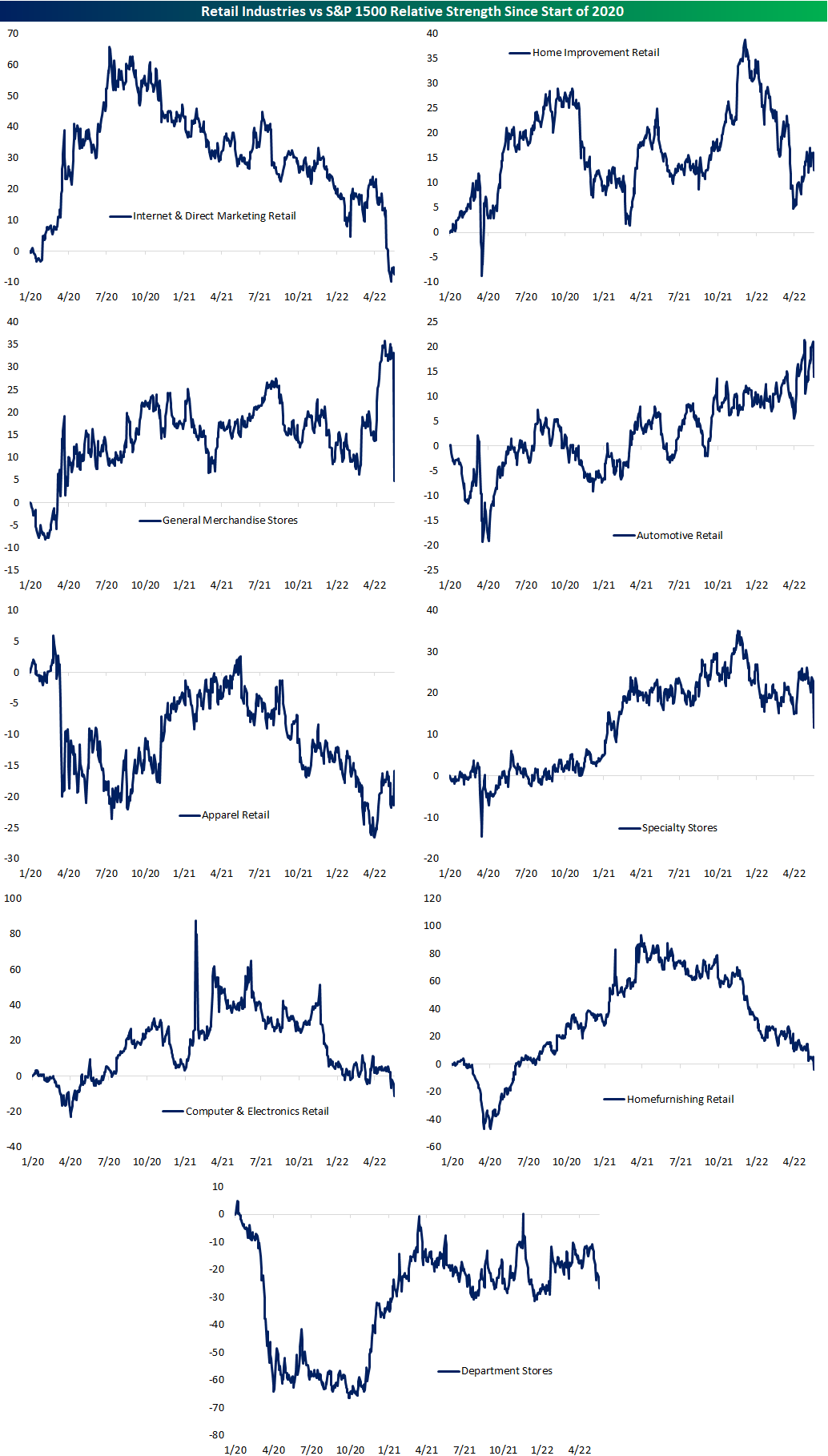