Rest of the World Catching Up

Over the past year, US equities—proxied by the S&P 500 (SPY)—have consistently outperformed global equities more broadly. As shown below, over the past year the S&P 500 (SPY) has risen just over 16%. That compares to 11.26% for the rest of the world as proxied by the Vanguard FTSE All-World ex US ETF (VEU).  Breaking that down a bit further by developed and emerging markets, US equities have outpaced both emerging and other developed markets.  While emerging markets (SPEM) are right on the heels of the US with just under a 14.78% gain, developed markets (SPDW) have lagged with just a 10.56% gain. So far in 2021, though, the rest of the world has been outperforming the US.  Whereas SPY has risen around 1% YTD, VEU is up almost 3 times that.  Emerging markets in particular have shown the greatest degree of strength currently having risen 3.87%. Meanwhile, SPDW has gained less (2.7%), though, it is still outperforming the US. 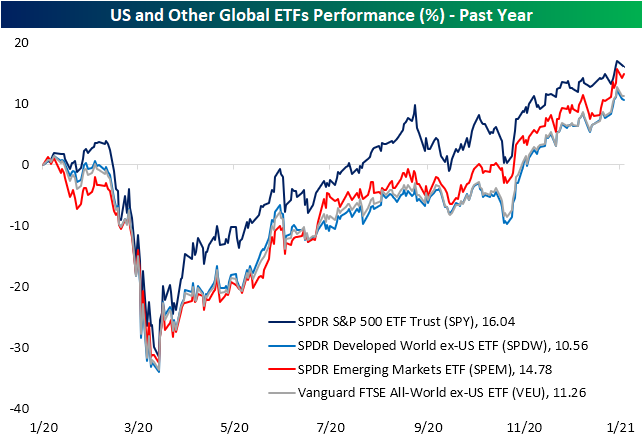 In the charts below, we show the ratio of SPY to these other ETFs.  A rising line would indicate that the US is outperforming these other measures of global equities while a downward trending line indicates underperformance of SPY.  As shown, the longer-term trend has pretty consistently been US outperformance over the past decade but that has faltered at the tail end of 2020 and into 2021.  In the case of emerging markets, the line has been on the decline throughout the second half of 2020 as the ratio has hit its lowest level in a year in the past week. The S&P 500’s underperformance relative to other developed markets (SPDW) has been more recent as that line peaked in early September but the trend remains the same over the past few months with SPY weaker than global equities more broadly. That is further exemplified by the recent downtrend of SPY versus the All World ex US ETF (VEU). Click here to view Bespoke’s premium membership options for our best research available. 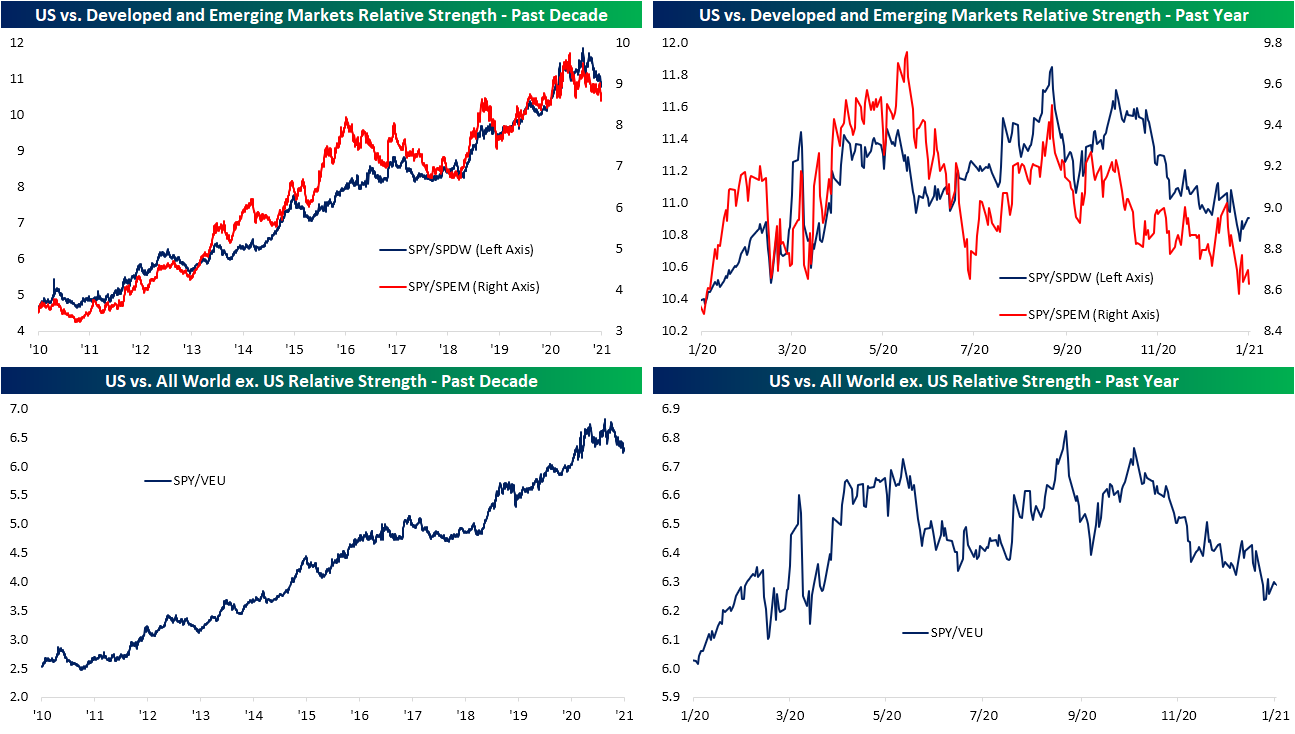