A couple of weeks ago, we highlighted how the Tech sector has been the only sector whose relative strength has been in a strong uptrend for the entirety of the past year meaning it has outperformed the S&P 500. That is still very much the case, but other sectors have shown some interesting patterns.

Energy has gotten a lot of attention over the past several months for how badly it was beaten down during the bear market and crude oil’s rout a little later.  Despite that, it has actually outperformed the S&P 500 with its relative strength line rising since mid-March. Part of the reason for this is it has been more volatile, so the gains have been larger than other sectors while it is also still down substantially more YTD than other sectors. Materials is another laggard that seems to have seen its relative strength line versus the S&P 500 bottom roughly around the same time.

While those two sectors have turned things around by this measure, Financials and Industrials have found little respite.  Both sectors have seen a continued grind lower in their relative strength.  Consumer Staples, Utilities, and Real Estate are in a similar boat after these defensive sectors saw their outperformance begin to subside as the market rebounded.  Start a two-week free trial to Bespoke Institutional to access our Daily Sector Snapshot and much more. 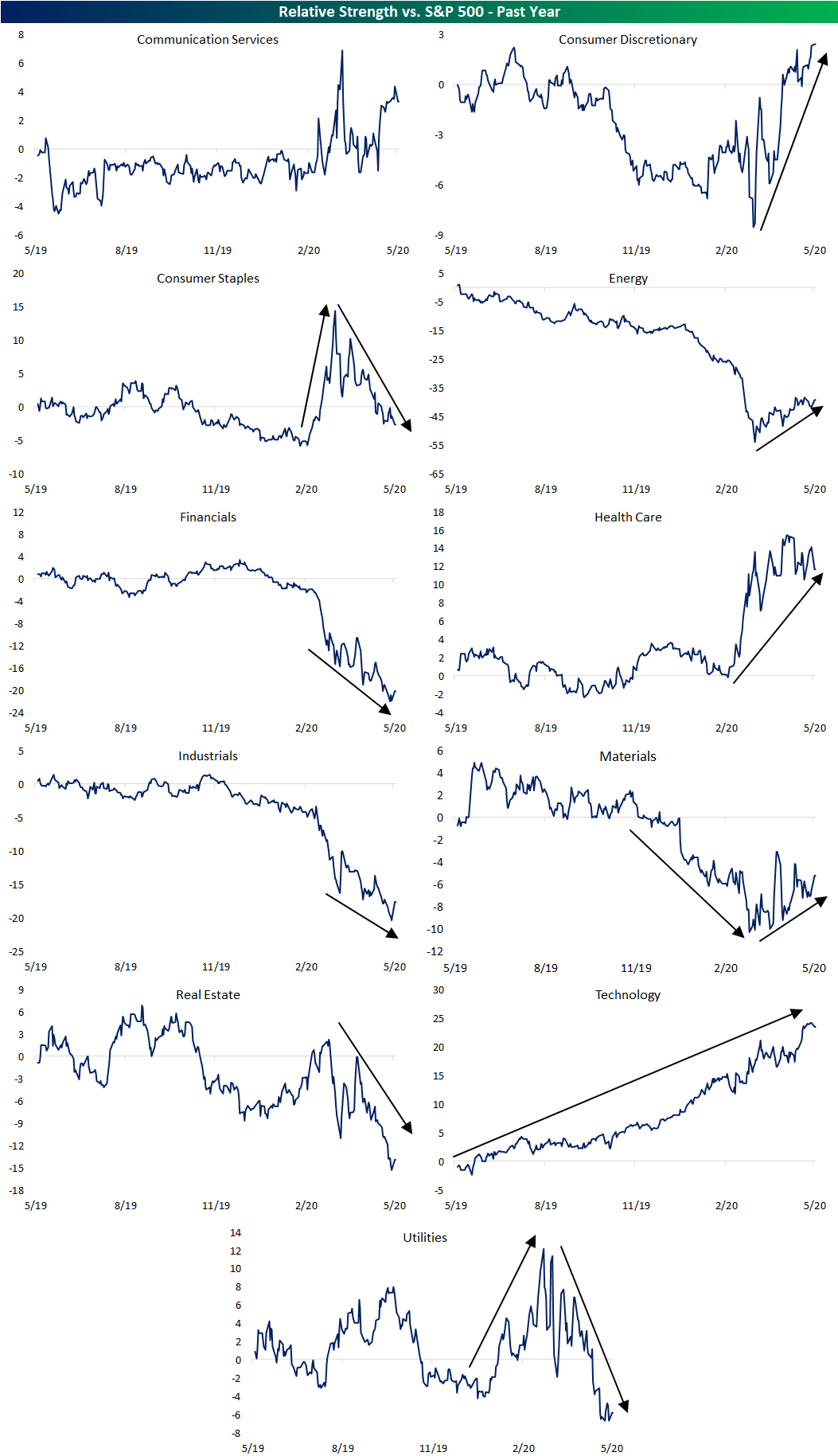