Mortgage rates continue to hone in on 5% as the reading on the national average of a 30-year fixed-rate mortgage via Bankrate.com hit 4.89% yesterday.  That puts mortgage rates at the highest level since the spring of 2011. The extremely rapid 1.64 percentage point rise in rates over the past year also now stands as the largest year over year jump going back to at least the late 1990s per this data. 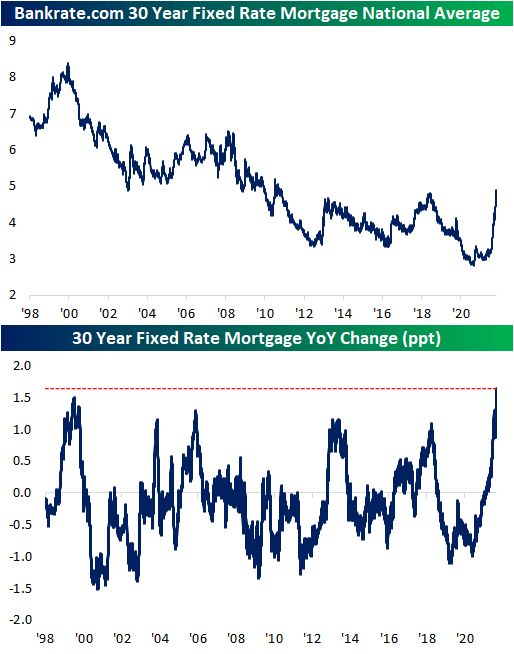 Given rates continue to climb, refinancing looks less attractive. The weekly reading on refinance applications from the Mortgage Bankers Association (MBA) has fallen over 14% two weeks in a row bringing the index to the weakest level since May 2019. 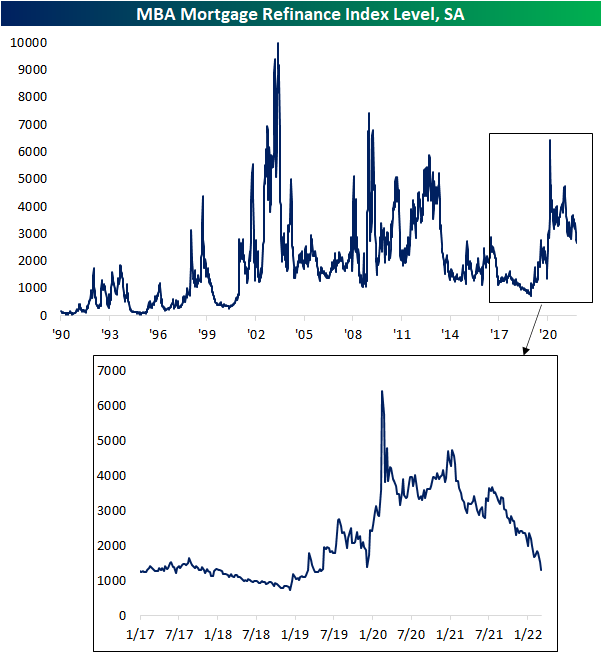 Purchase applications have also fallen to the low end of the post-pandemic range, though, there was a rebound this month with only last week seeing a decline followed by a minor uptick this week. While peaked, the current level of purchase applications is relatively healthy compared to other post-housing crisis years. 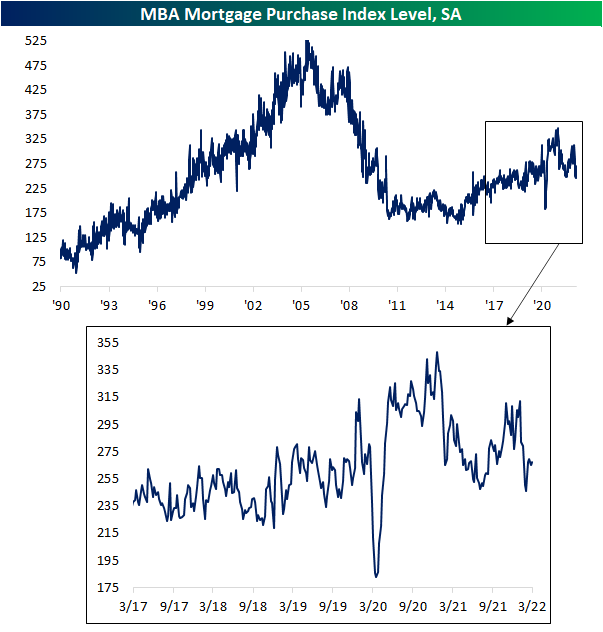 Taking a slightly different look at the data, in the chart below we show the non-seasonally adjusted purchase indices over the past decade.  The first few months of the year tend to see purchases rise before hitting an annual peak (blue dots in chart below) sometime in mid-spring.  Within the next several weeks, that seasonal peak is likely to be put in place. As mentioned above, while purchases are still running at the high end of the past decade, most of this year has run below last year’s pace, and that is likely to continue if not become more pronounced given the hit to affordability via higher rates and low inventories. 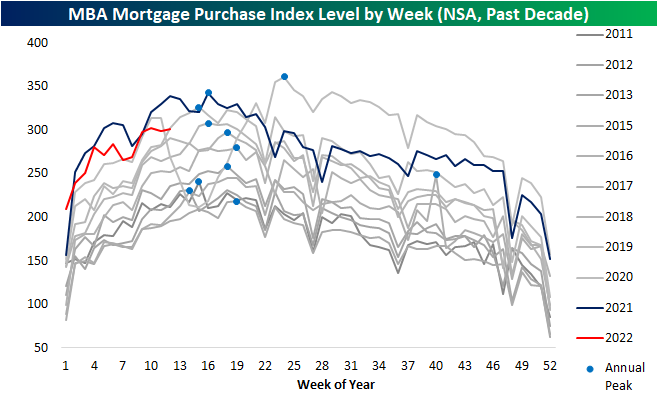 As for housing adjacent stocks, two ETFs have seen very different developments recently.  As shown below, the iShares Home Construction ETF (ITB) set 52-week lows last week and with this week’s rebound it only hovers slightly above those levels. Mortgage REITs, proxied by the iShares Mortgage REIT ETF (REM), meanwhile, have actually been rallying off of 52-week lows set further back in February. That rally has broken the downtrend of the past several months and brought REM back above its 50-DMA.  Click here to view Bespoke’s premium membership options. 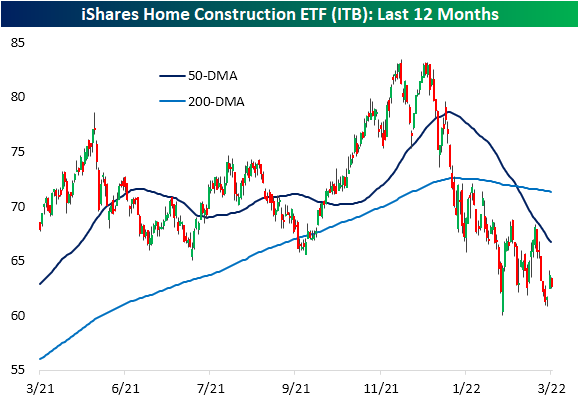 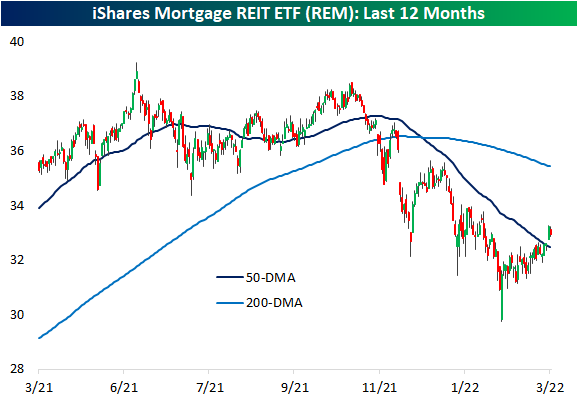