Even though the S&P 500 has drifted lower over the past week having trouble holding onto its intraday highs, sentiment has continued to improve.  AAII’s reading on bullish sentiment has moved above 35% for the first time since April 9th this week, rising to 35.75% and up just under one percentage point from last week. 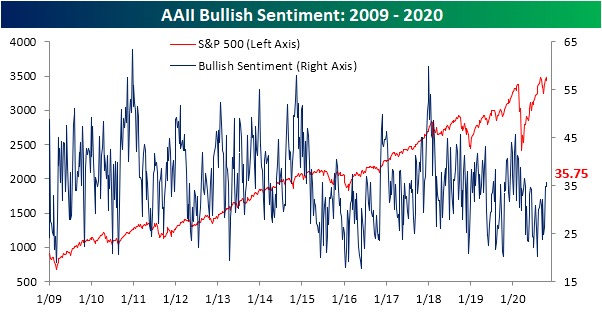 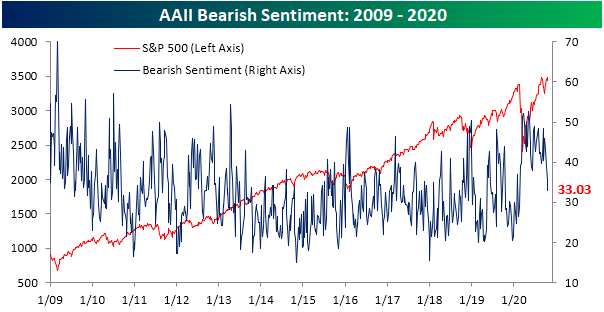 The continued inverse moves in bullish and bearish sentiment have finally resulted in the bull-bear spread to tip positive. For the first time in 34 weeks (since February 20th), there were more investors reporting as bullish than bearish.  As shown in the second chart below, that brings to an end what was by far the longest streak of negative readings in the bull-bear spread on record. 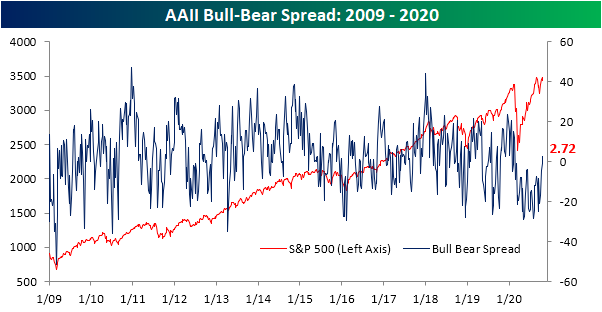 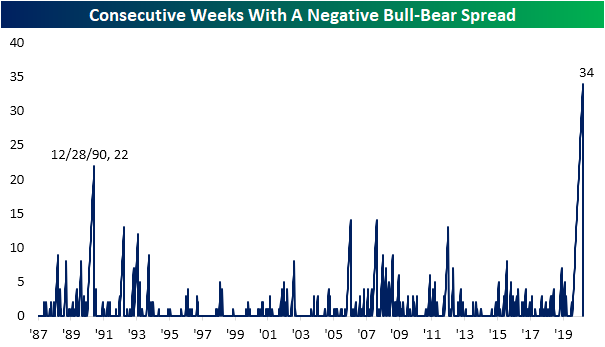 Given that streak of negative readings in the bull-bear spread went on for such a long time, it is hard to compare to previous lengthy streaks.  In the past, there have only been six other streaks in which the bull-bear spread was negative for more than 10 weeks.  As shown in the table below, performance for the S&P 500 has typically been positive following these past occurrences with slight outperformance relative to all periods.   The only time that returns were well below average and negative three months to one year later was in 2008. Click here to view Bespoke’s premium membership options for our best research available. 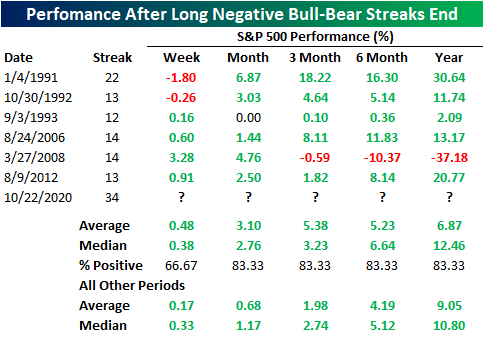