Record Readings From The KC Fed

The fourth of five regional Fed manufacturing indices was released this morning from the Kansas City Fed.  The 10th district’s Manufacturing Composite hit a new record high in March rising 8 points to 37.  Expectations also set a new record climbing 3 points to 41.  Those readings indicate the region’s manufacturers have seen a historic rate of growth and expect that to continue over the next six months. 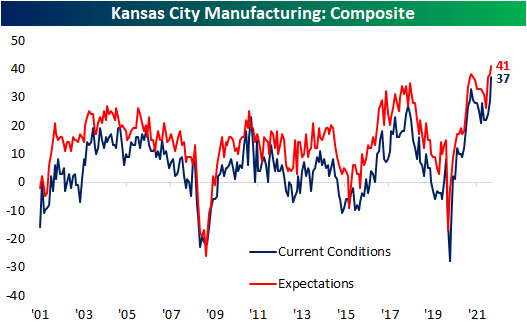 Given the record reading in the headline index, most categories of this month’s report came in at historically elevated readings. Breadth was also impressive with only three categories declining month over month: Number of Employees, Average Workweek, and New Orders for Exports.  In spite of those declines, the levels are consistent with healthy growth.  Breadth for expectations was more mixed with an equal number of categories rising and falling versus the February report. 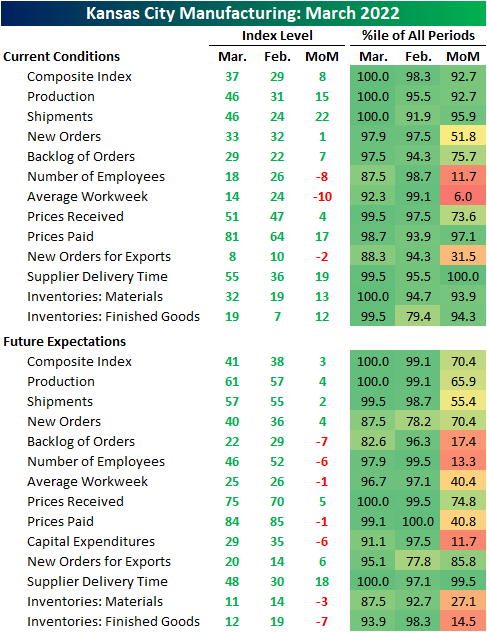 Growth in demand only accelerated modestly as the new orders index rose a single point to 33, and order backlogs rose by a more significant 7 points.  The ability of the region’s manufacturers to fulfill those orders, meanwhile, was much stronger in March as both shipments and production set new record highs rising 22 and 15 points, respectively.  Production expectations also set a new record high. 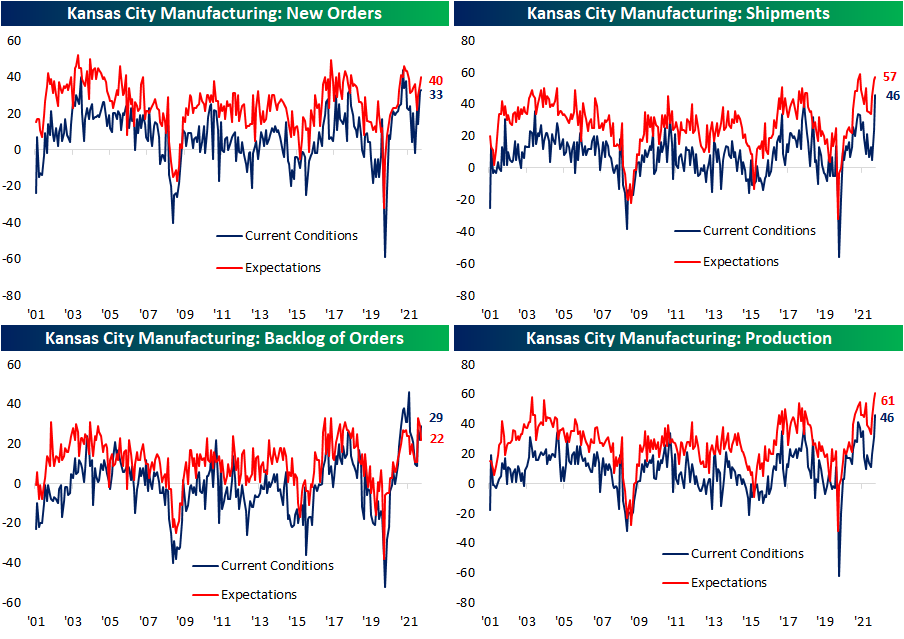 That higher production also came in spite of supply chain slowdowns.  The delivery times index rose back up to the November record high of 55, erasing any of the past few months’ improvements.  The expectations index saw the same results in which any recent reversal lower has now been erased as it set another record high. 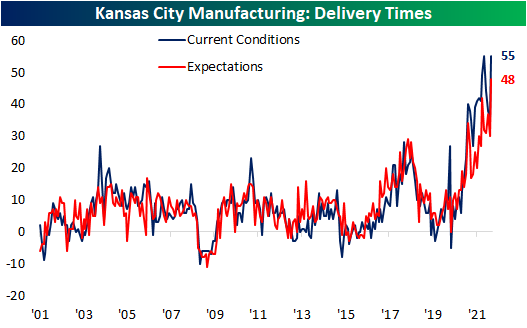 Similar to delivery times, a huge month-over-month increase in prices paid this month led the index to reverse much of the past year’s decline, though, that was preceded by a large increase in expectations last month. The prices received index has been more rangebound recently but it too ticked higher in March. That is while expectations are rising at a much more rapid rate, setting more all-time highs. 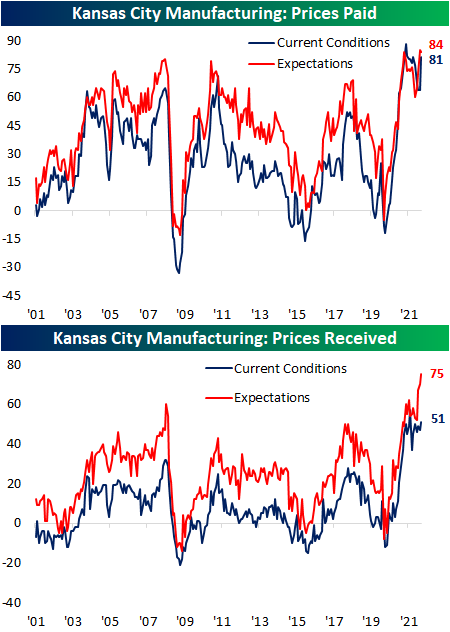 In spite of higher prices paid and supply chain delays, material inventories experienced record builds in March as that index took out the former record from October 2017.  Finished good inventories, meanwhile, came up one point shy of its October 2017 record. 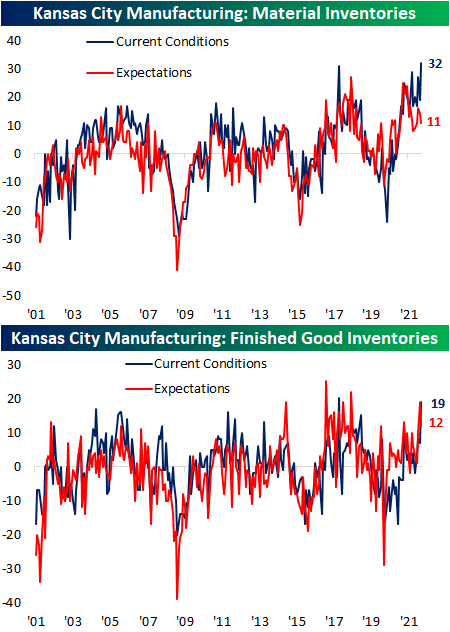 The only notably weak area of the report was employment metrics. Both number of employees and average workweek remain in expansionary territory but pulled back in March for both current conditions and expectations.  Click here to view Bespoke’s premium membership options. 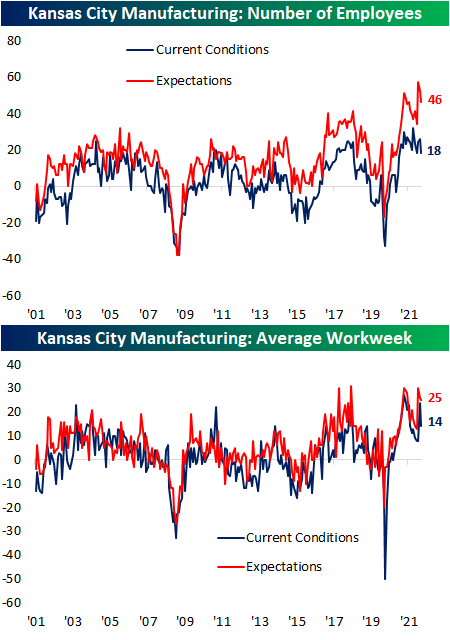