High yield bonds proxied by the third largest ETF tracking the space, the SPDR Bloomberg High Yield Bond ETF (JNK), went on a solid 3% run last week. That ranks as the fifth best performing fixed income ETF in our Trend Analyzer.  That resulted in the ETF to close above its 50-DMA for the first time since late August.  Today, the ETF has reversed those gains and is hovering slightly back below that moving average. 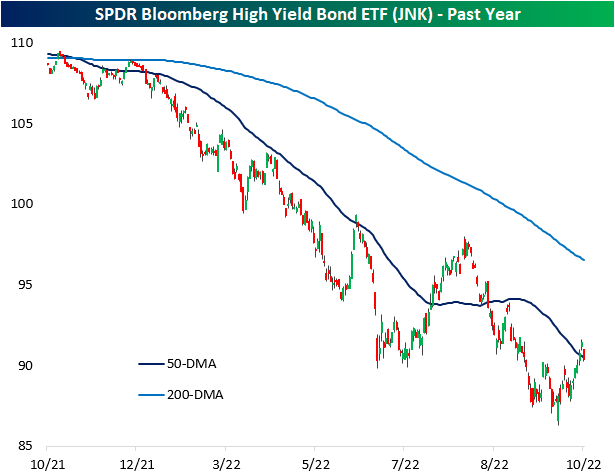 Although from a technical standpoint that could mean Friday’s breakout was a pump fake, the move was backed by near record volumes hence a record single day inflow.  As shown below, roughly $980 million went into JNK on Friday, surpassing the previous record of $774 million set this past January. While total assets have been on the downswing for the past couple of years leaving plenty of room to go until the ETF is back up to its size from its peak in the summer of 2020, that single day inflow did put an impressive dent in those recent outflows. Click here to learn more about Bespoke’s premium stock market research service. 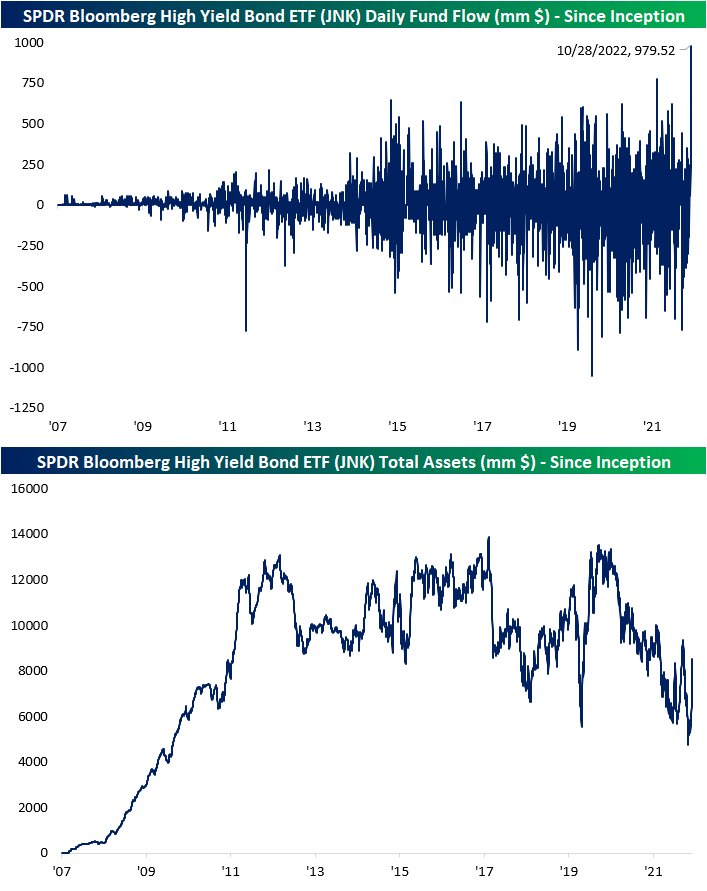