Although equities are lower today, for a large portion of stocks these declines represent reversals from 52-week highs.  In the charts below, we show the daily readings in the net percentage of stocks reaching 52-week highs across the S&P 500 and multiple sectors since 1990.  While not even 1% of S&P 500 stocks have reached a 52-week high today, yesterday a net of 44.55% of stocks did so. Going back to at least 1990, that is the strongest reading in net new highs on record.  The same could be said for Materials, Industrials, and Financials.  The latter saw the strongest reading of these as 84.62% of the sector hit a 52-week high.  Materials were also strong with three-quarters of the sector at a new high while the Industrials sector reading was lower but also at an impressive 63.51%.

While they did not hit a record high, Consumer Discretionary and Energy both also saw elevated readings of 47.62% and 52.17%, respectively. For Consumer Discretionary, the only higher readings came in April of 2010 with some similar but slightly lower readings also in the fall of 2013. Meanwhile, just over half of Energy stocks were at a 52-week high, and although the reading as recently as March was higher almost hitting 70%, yesterday still managed to land itself in the 99th percentile of all days since 1990. 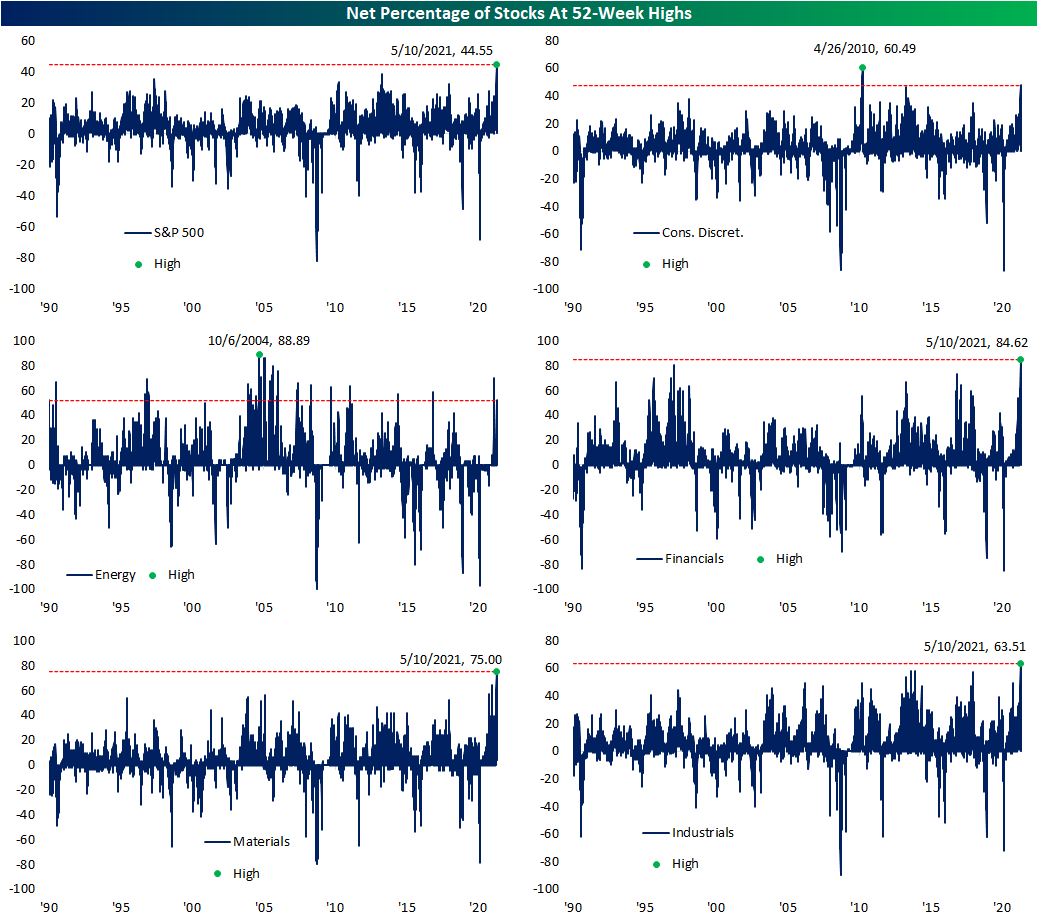 As for other sectors, the readings yesterday were not as close to record highs but were still impressive.  Just about every other sector saw a reading in the top 5% of all periods with a single major exception: Technology.  Only 14.67% of stocks in the sector traded at a new high yesterday. While that is still indicative of solid breadth in the 88th percentile of all periods, it pales in comparison to the rest of the S&P 500. Click here to view Bespoke’s premium membership options for our best research available. 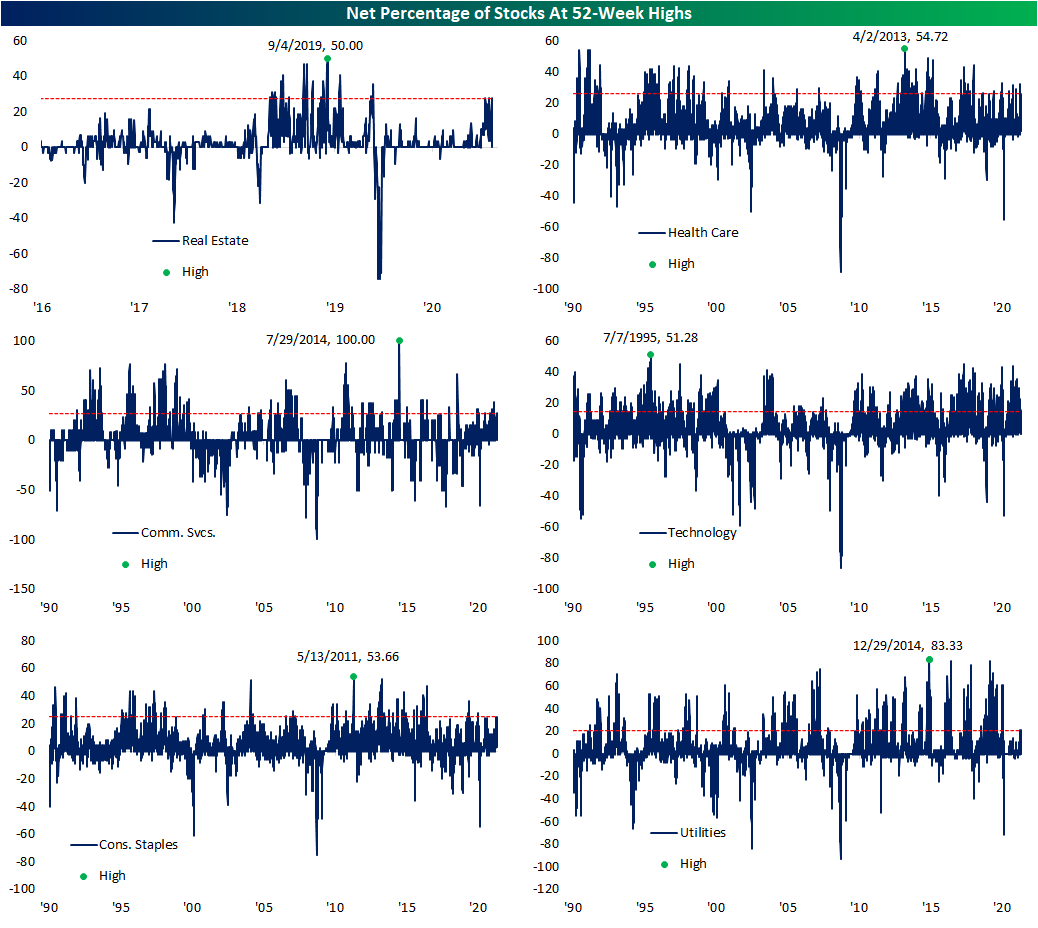