Today’s economic data saw several big beats, including the Dallas Fed’s reading on manufacturing activity.  The index fell to a record low of -73.7 back in April, rebounded to -49.2 last month, and was forecast to show yet another very weak reading of -21.4 in June. While it still showed a contractionary reading, the actual level reported in Monday’s report was much better at -6.1. That was the biggest beat relative to expectations since at least 2009. One thing to note regarding this survey is that the collection period ran from June 16th to the 24th which was in the earlier stages of the Texas outbreak. 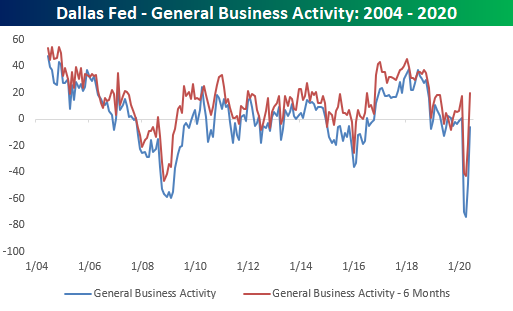 In addition to the headline number, several components rose by their most on record.  That was the case for both outlook and current conditions.  Additionally, whereas all but one index showed contractionary readings for current conditions in May, today things have improved with only half showing contractionary readings. Like many other regional Fed indices in June, conditions improved dramatically though they still point to an overall contraction in activity.

Looking across indicators of demand like New Orders and Shipments, there were massive improvements with MoM changes all in the upper 90th percentiles of all periods.  As with the headline index, even though there was a massive rebound, the indices also still sit at the lower end of their historical ranges.   While New Orders and Shipments are both now showing expansionary readings for the first time in four months, New Orders Growth and Unfilled Orders are still in negative territory. In other words, activity did improve in June but some measures remain more mixed. 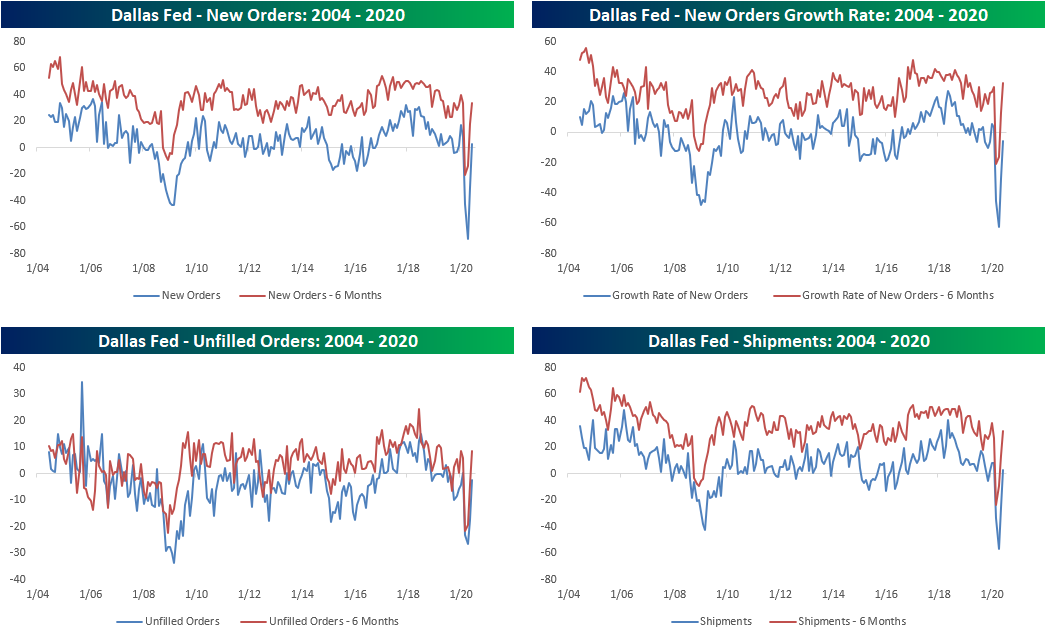 Another area that remains mixed is that of employment.  Both indices for Hours Worked and Employment rose in June, but they have continued to show a further shrinking in hours worked and increase in layoffs. Click here to view Bespoke’s premium membership options for our best research available. 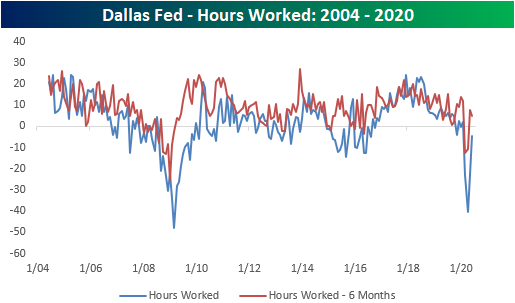 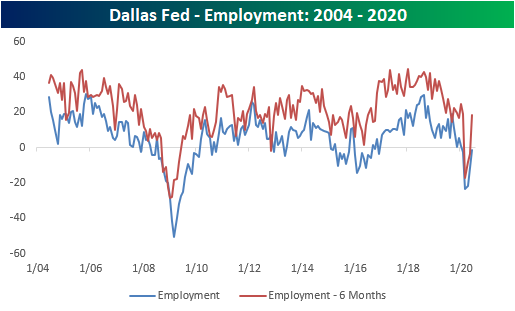