Prospective home buyers have finally gotten some relief at least in terms of mortgage rates. The national average for a 30-year fixed rate mortgage via Bankrate.com’s data is down to 6.78% from a high of 7.35% on November 3rd. While that remains at levels we haven’t seen since the early 2000s, the roughly half of one percentage point decline in the past three weeks is also remarkable.  As shown in the second chart below, on Monday, the national average had fallen 0.53 percentage points in a three-week span.  The only other time in which there was as large of a drop in that period of time was in September 2008. 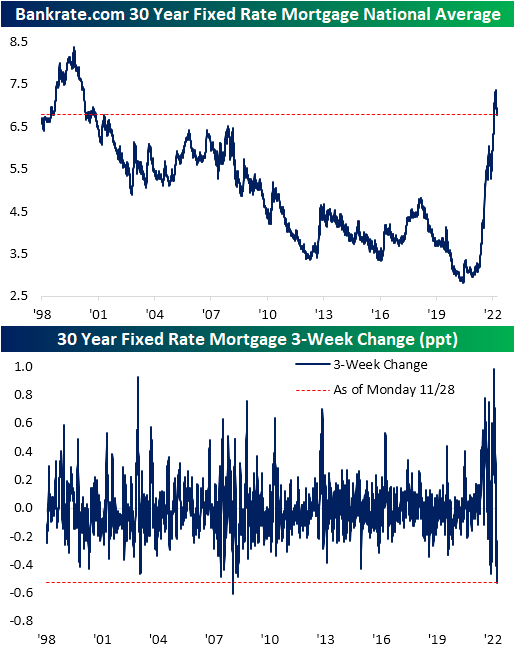 Given rates for 30-year mortgages are at the highest level in a couple of decades, there has been little incentive for most homeowners to refinance resulting in refinance applications continuing to evaporate. Applications fell 12.87% week over week bringing the index down to the lowest level since June 2000. 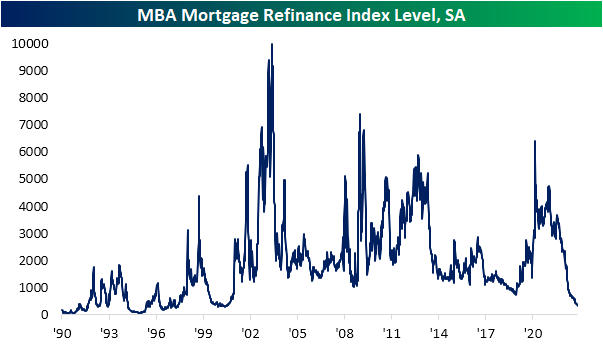 Purchases applications have been more largely impacted by the recent reversal in rates.  The Mortgage Bankers Association’s purchase index has now risen four weeks in a row (the longest streak of consecutive increases since last November).  The 12.77% jump in purchase applications in that time has been the largest four-week jump since a 14.61% increase in November of last year.  Of course, that only puts a minor dent in the absolute collapse in mortgage activity over the past year. 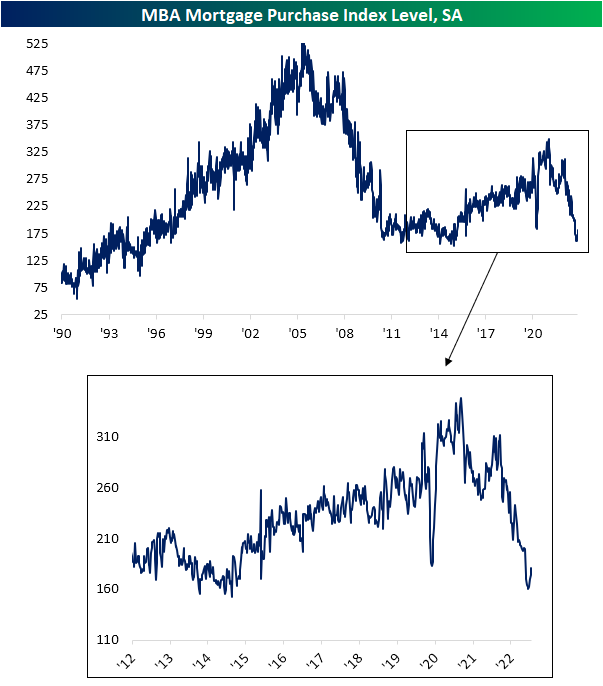 Showing purchase applications on a non-seasonally adjusted basis better illustrates housing’s fall from grace this year.  Whereas applications started the year around some of the highest levels of the past decade for that time of year, this week they have hit the lowest level for the comparable week of the year of the past decade. That’s what happens when the FOMC embarks on one of the most aggressive tightening cycles in history!  Of course, the Thanksgiving holiday tends to negatively impact implications, and looking at 2014 (when the Thanksgiving drop occurred a week later than this year) applications were slightly lower than this year. 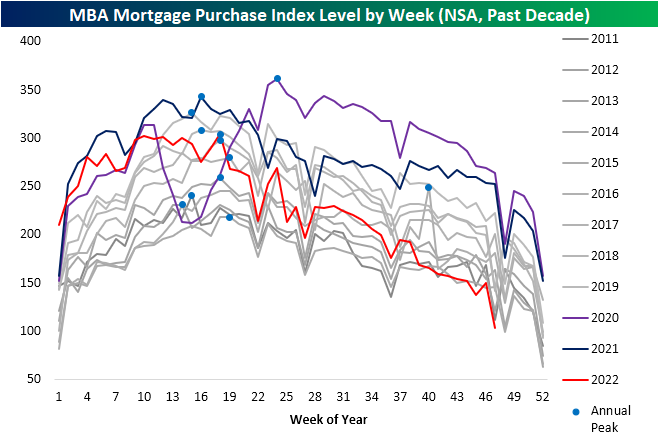 Shown another way, below we show the percent change in applications from each year’s respective annual peak out through 29 weeks later.  This year has seen applications fall 66%.  That was a similar decline to 2001, and the only year with a larger decline was in 2007.  Click here to learn more about Bespoke’s premium stock market research service. 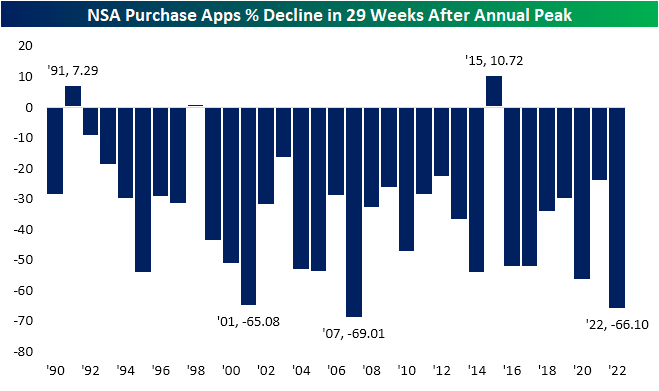