Pullback Seen Around the World

Through yesterday’s close, the S&P 500 has fallen just under 7% from its high on September 2nd. Compared to other major global stock markets that we track in our Global Macro Dashboard, only China has also fallen over 5% in the past week. The average global stock market of these 23 markets is down 1.8% since 9/2. Only three—South Korea, Sweden, and the UK—have risen in the past week.  In other words, stocks have dropped around the globe but the US and China’s declines have far outpaced the rest of the world. 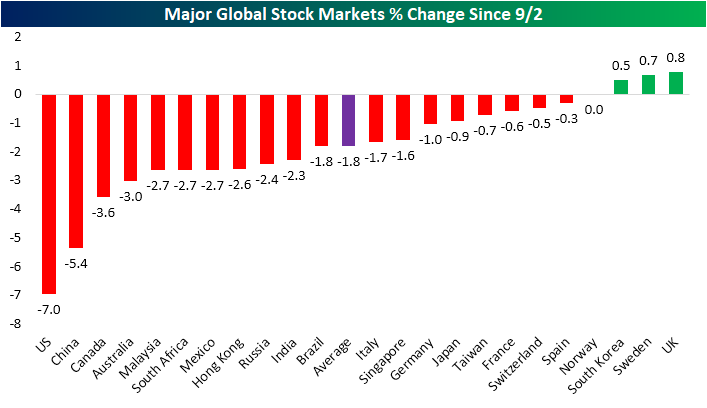 One interesting point of the past week is these declines have only brought US stocks off of their 52-week highs.  As of last Wednesday, whereas US equities were at a record high, the average global stock market was over 10% below its 52-week high. As shown below, other than the US, the only other country that was within 1% of a 52 week high last week was China; the second-largest decliner in the past week. After those large declines in the past week, the US and China stand out far less than they did last week in terms of distance from 52 week highs. 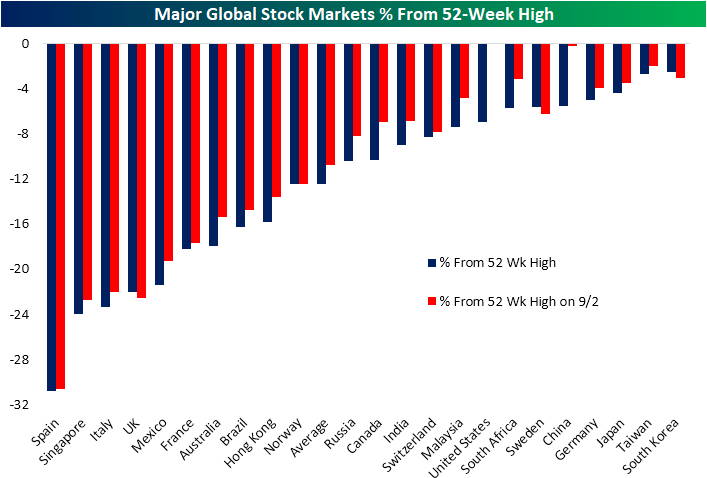 That dynamic of the US outpacing its global peers is nothing new though.  As shown in the chart from our Global Macro Dashboard below, the US has consistently outperformed the rest of the world over the past ten years (a rising line indicates outperformance and vice versa). While its relative strength has been more mixed over the past ten years, China has similarly seen its equities outperforming recently. Click here to view Bespoke’s premium membership options for our best research available. 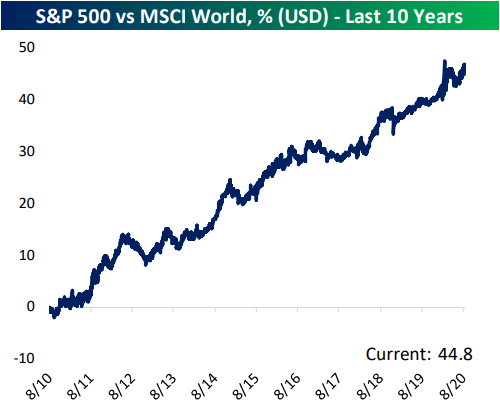 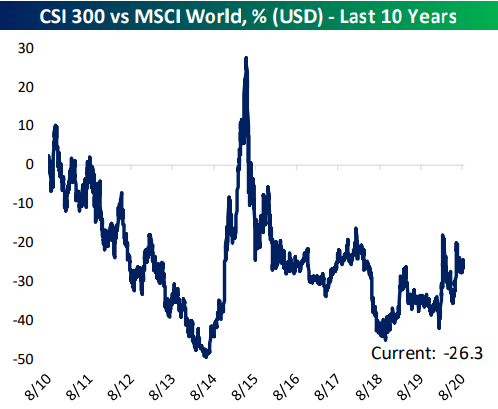