After falling back below 800K last week, initial jobless claims have taken a pause coming in at 787K for the week ending January 1st.  That was unchanged from the previous week’s original reading, though, that number was revised up to 790K this week.  While claims were little changed and remain off the low of 711K from early November, this week’s 3K decline was better than the forecasted uptick back up to 800K. 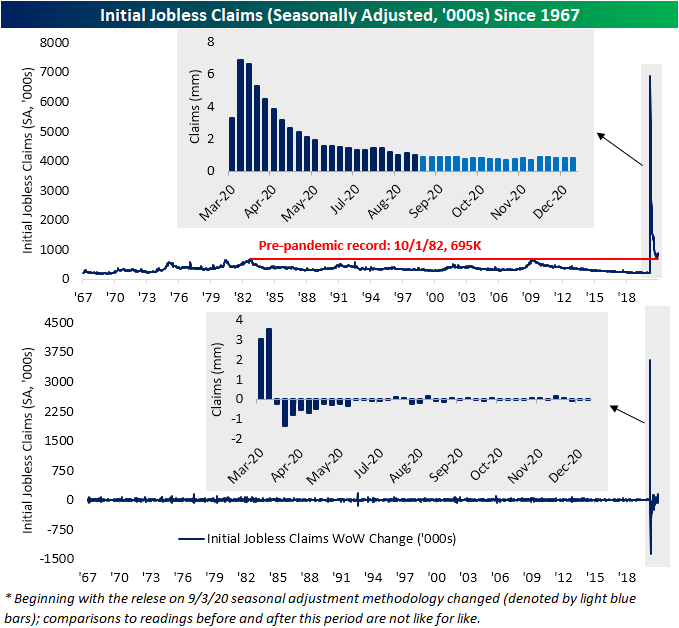 It is a bit less positive of a picture for unadjusted claims.  After three weeks of declines, claims rose by 77.4K this week up to 922.1K.  While at least part of that increase was a result of seasonality, that was the highest reading since the week of December 11th when claims came in at 941.9K.

Although regular state claims on an unadjusted basis were higher, total claims with the inclusion of the Pandemic Unemployment Assistance (PUA) program saw an improvement. Total claims between the two programs fell to 1.084 million from 1.155 million last week.  That decline was driven by a big drop of about 48% WoW in PUA claims which came in at a new low of just 161.46K.  The 149K decline in PUA claims was the largest since the first week of August when claims under this program dropped 166.36K. While that may sound like a positive, as detailed below, it should be taken with a grain of salt. 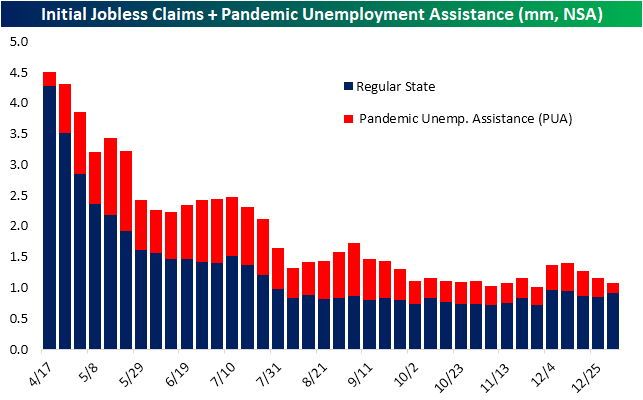 While that large drop in PUA claims is possible, there were irregularities on a state-by-state basis meaning the big drop was more likely due to a combination of the timing of when the recent spending bill was signed and the holidays.  For instance, some states like Ohio, Florida, and Indiana reported zero PUA claims in the most recent week despite counts in the tens of thousands the prior week. Other states like Illinois and Kentucky may not have reported zero claims, but they reported single to double-digit numbers despite counts that were materially higher in the prior week. 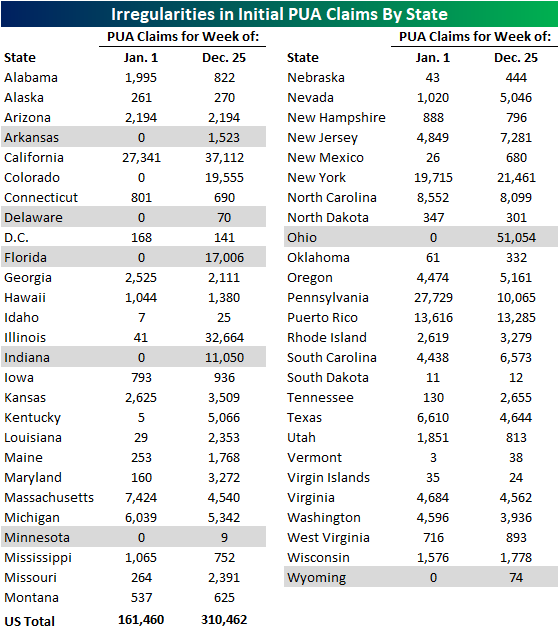 As for continuing claims which are lagged one week to initial jobless claims, claims fell 126K for their fourth consecutive weekly decline.  That leaves claims just above 5 million which is the lowest level since the week of March 20th. 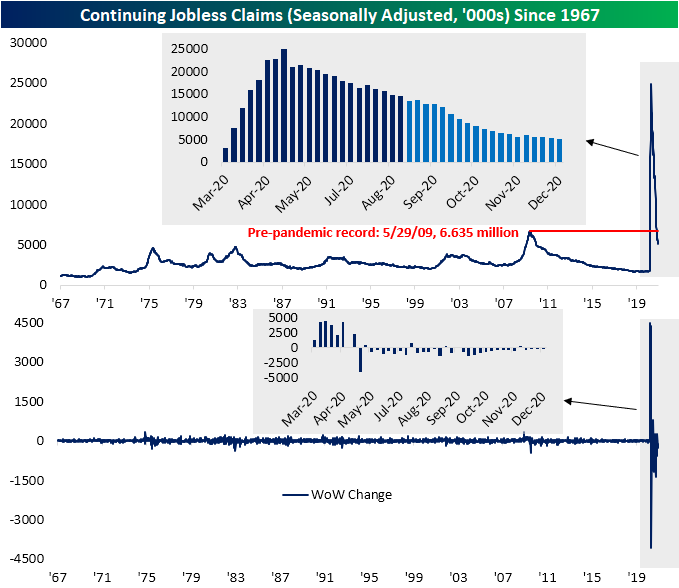 Including the most recent data for all other programs in addition to regular state claims adds another week’s lag. That means the most recent print is for the week of December 18th.  Total claims across all programs came in at 19.2 million, down from 19.6 million the week before.  That is still above the pandemic low of 19.077 million from November 20th but marks a third consecutive improvement.  The declines were broad across programs with the only uptick coming from the Extended Benefits program.  Given this, the trend of a growing number of those on some sort of extension has continued with the Extended Benefits program accounting for a new high of 5% of all claims. Claims for all extension type programs accounted for roughly 29% of all continuing claims in the most recent week’s data.  Click here to view Bespoke’s premium membership options for our best research available. 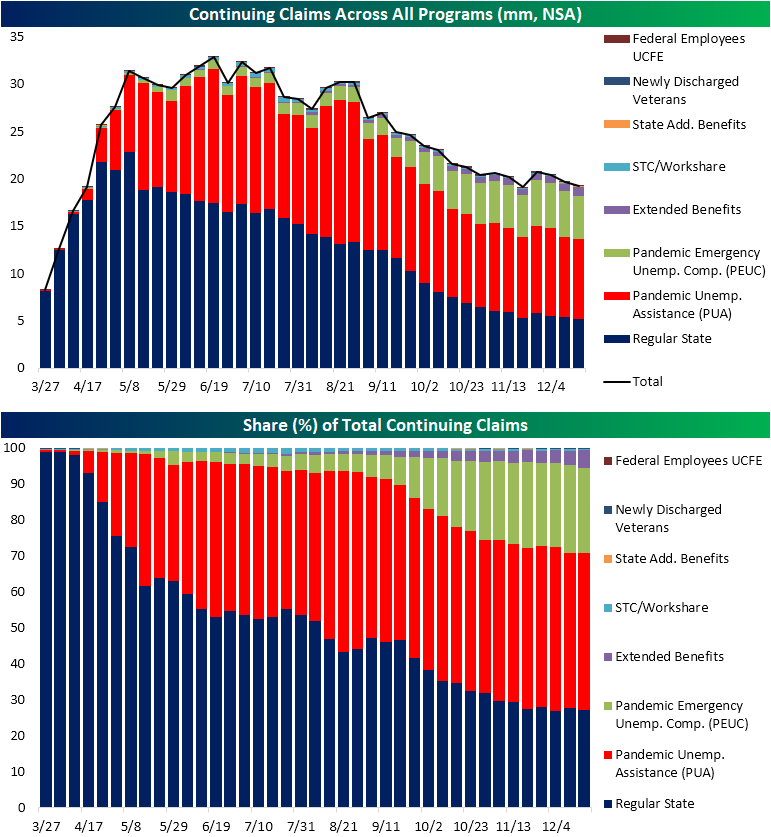