Initial jobless claims made another move lower this week with the seasonally adjusted number falling by more than expected to 290K from an upwardly revised reading of 296K last week. That sets another record low for the pandemic era with claims now 34K above levels from March 14th of last year (the last reading before claims began to print in the millions). 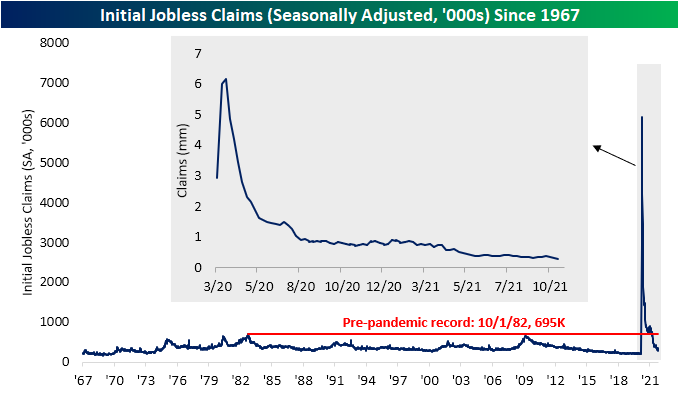 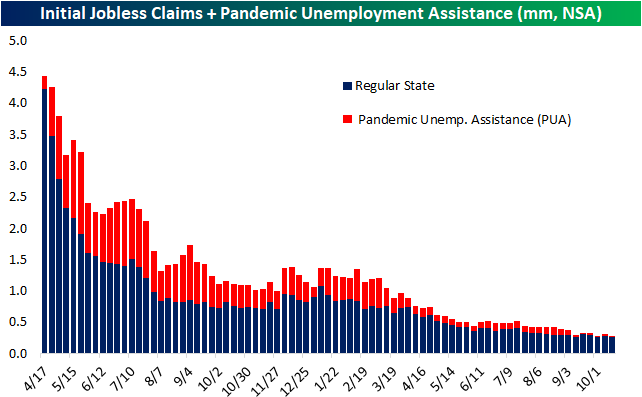 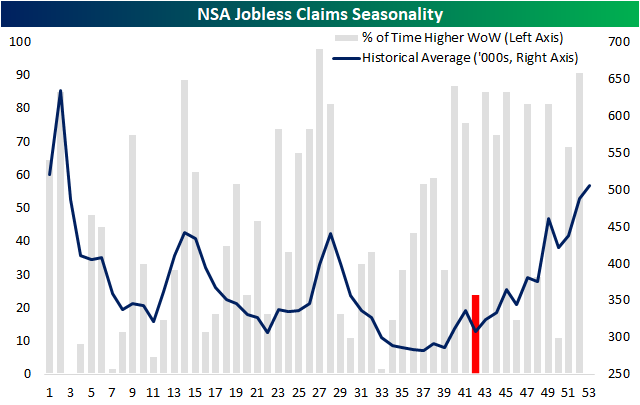 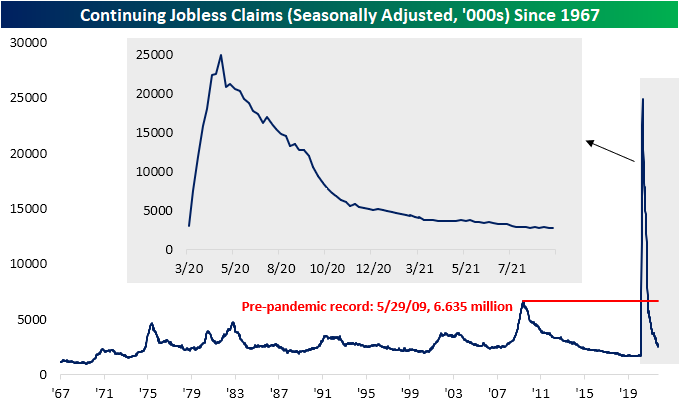 The most recent data including all programs is through the week of October 1, and again there has been a substantial drop off in total claims thanks to the end of pandemic era programs.  Total unadjusted continuing claims fell to 3.29 million down from 3.66 million the prior week.  As could be expected, PUA, PEUC, and Extended Benefits programs were the main contributors to those declines leading regular state claims to once again account for a dominant share of total claims.  Click here to view Bespoke’s premium membership options. 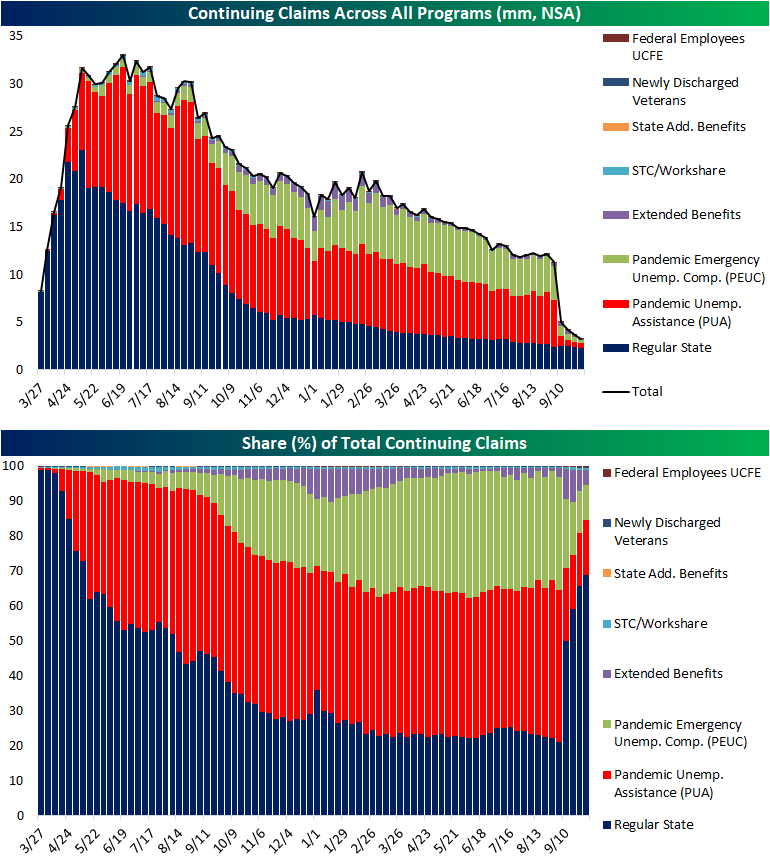