PUA Claims Below 100K As States Plan To Drop The Program

Recent jobless claims prints have seen the readings on initial claims consistently fall to pandemic lows while continuing claims have been a bit weaker moving sideways or even slightly higher.  This week, it was more of the same.  Initial claims came in at the lowest level since the week of March 13th of last year; the last week before the pandemic caused claims to rise by the millions per week.  At 444K this week claims dropped by 34K from last week’s revised level of 478K (original of 473K).  That was also better than expected as forecasts were calling for a decline to only 450K.  Initial claims have now fallen three weeks in a row with the drop totaling 146K in that time. 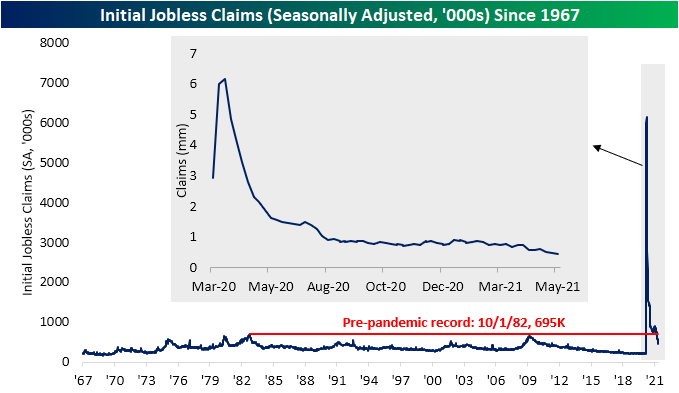 On a non-seasonally adjusted basis, claims were likewise lower for a third week in a row coming in at 454.6K which again is the strongest reading since last March. With regards to Pandemic Unemployment Assistance (PUA),  there have been several states to recently announce that they are to various extents doing away with certain programs like PUA early even though on a federal level the American Rescue Plan extended benefits through September. Without getting into the weeds on the implications of this, we would note those announcements do come in the context of very small inflows into auxiliary claims programs like PUA.  This week, PUA claims fell below 100K for the first time after falling 8.6K to 95.09K. 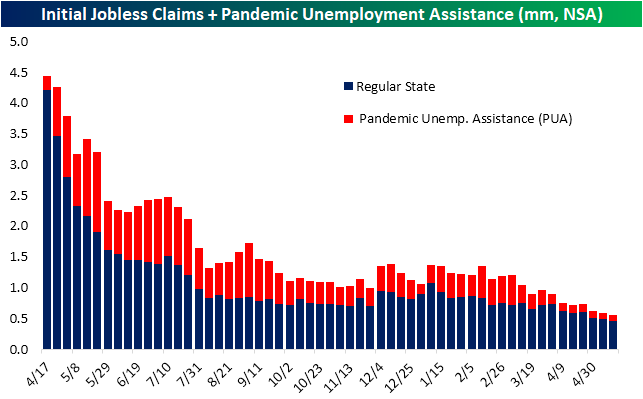 In spite of decelerating inflows into the unemployment insurance systems, the continuing claims picture continues to worsen.  Continuing claims were expected to fall from last week’s revised reading of 3.64 million to 3.62 million, but instead, they rose 111K.  That brings continuing claims to the highest level since mid-March and makes this week’s increase the largest in a single week since the last week of November. 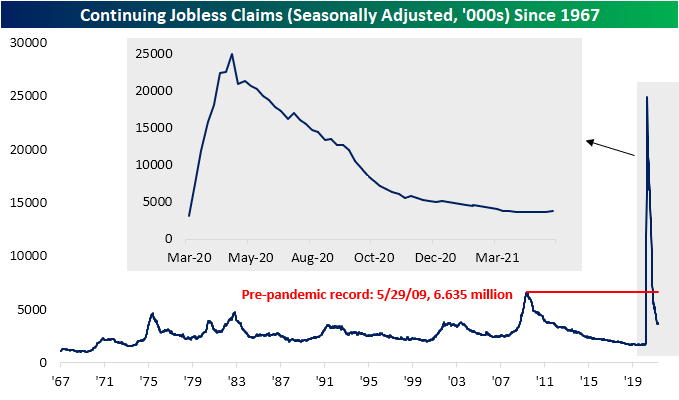 Factoring in all other programs for a more complete picture adds an extra week’s lag to the data. By this measure, things look better than looking purely at regular state claims.  Total claims across all programs fell to just above 16 million at the end of April compared to 16.891 million the week before; a new low for the pandemic. PUA claims contributed the most to that overall decline with the program seeing 678.7K fewer claims week over week.  At 6.6 million, continuing PUA claims reached the lowest level since the first week of May of last year.  Regular state claims and Pandemic Emergency Unemployment Compensation (PEUC) had the next biggest contributions to the overall decline with drops of 81.9K and 150.2K, respectively.    Click here to view Bespoke’s premium membership options for our best research available. 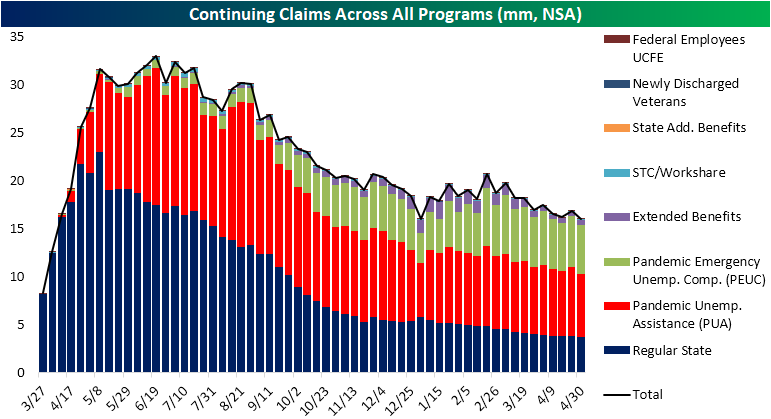 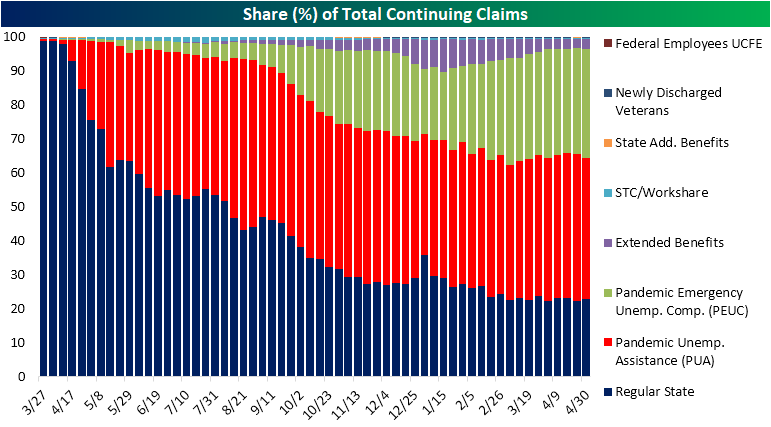