Prices on the Rise in New York

The New York Fed’s reading on the manufacturing sector released this morning showed the region’s manufacturing sector still grew in January but at a slower pace.  Rather than the expected uptick to a reading of 6.0, the index fell to 3.5 from 4.9.  That is the lowest reading since the last contractionary reading (those below 0) in June.

While the headline number is still consistent with growth it stands at the low end of the historic range.   Similarly, demand related readings like New Orders and Shipments remain historically low, albeit still indicative of growth.  Of each component in the report, only the indices for Unfilled Orders and Inventories remain in contraction. Meanwhile, in addition to the headline index, the indices for Shipments, Unfilled Orders, and Number of Employees all showed deterioration in January. 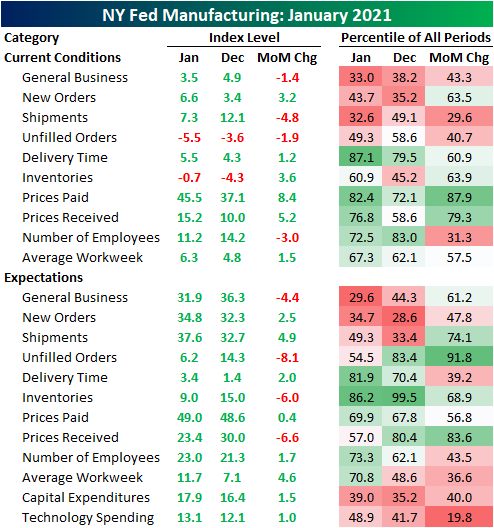 Whereas indices like New Orders and Shipments sit at lower ends of their historical ranges, those concerning employment are stronger.  The index for Number of Employees showed slowing in hiring in January, though, firms were in fact continuing to take on more workers. Additionally, Average Workweek saw a bit of a bounce after declining in the final months of 2020. 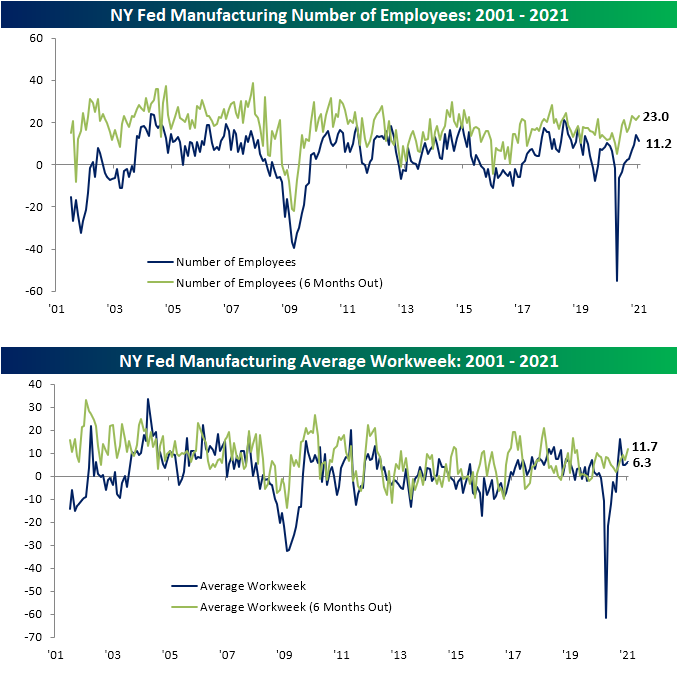 The only indices to see dramatic moves higher in January concern prices.  Prices Paid rose from 37.1 up to 45.5 which is the highest level since September of 2018.  That 8.4 point increase was in the 87th percentile of all monthly moves for the index.  Higher prices are also being passed on to customers as Prices Received was higher rising to 15.2. For that index, the level and move higher were not as dramatic. though. as it is only at the highest level since February of last year. That acceleration in rising prices is consistent with what we saw in the ISM report on the manufacturing sector last week.  Click here to view Bespoke’s premium membership options for our best research available. 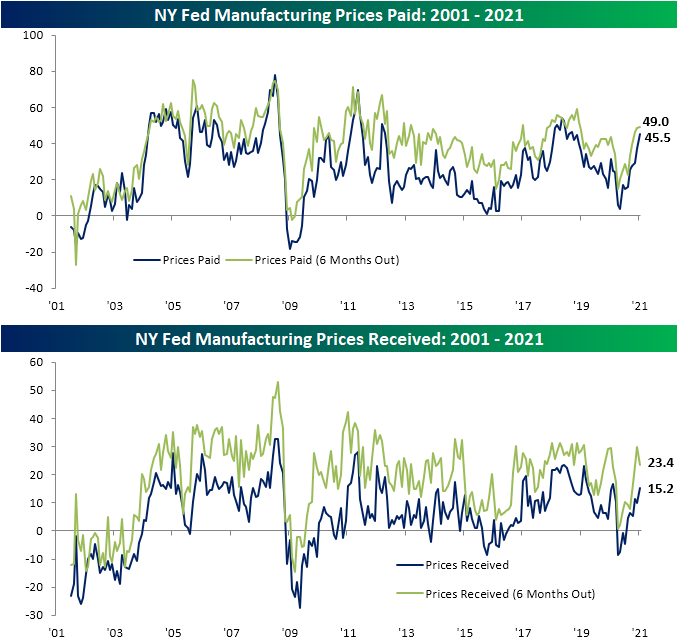