Prices and Employment Surging in Philadelphia

While the results were not as impressive as the Empire Fed report earlier this week, this morning’s reading on the manufacturing sector from the neighboring Philly Fed did beat expectations. The headline number fell to 23.1 rather than the anticipated decline to 20. While it indicates some deceleration in the rate of growth, activity remains at the high end of the past several months’ readings indicating solid growth,  In terms of expectations, though they remain positive, they took an even bigger hit with the index falling from 52.8 down to 39.5.  That month-over-month decline stands in the bottom decile of monthly moves. 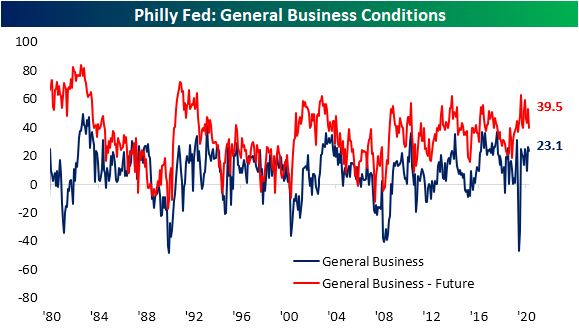 The decline in the headline number can be credited to broad declines in multiple categories.  The only indices to move higher were those concerning employment as well as the indices for Inventories and Prices Paid.  As for the indices for future expectations, the declines were even broader with only expectations of Prices Paid and Received moving higher. 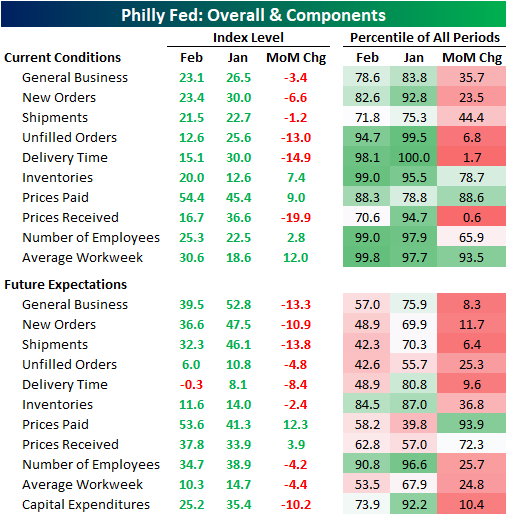 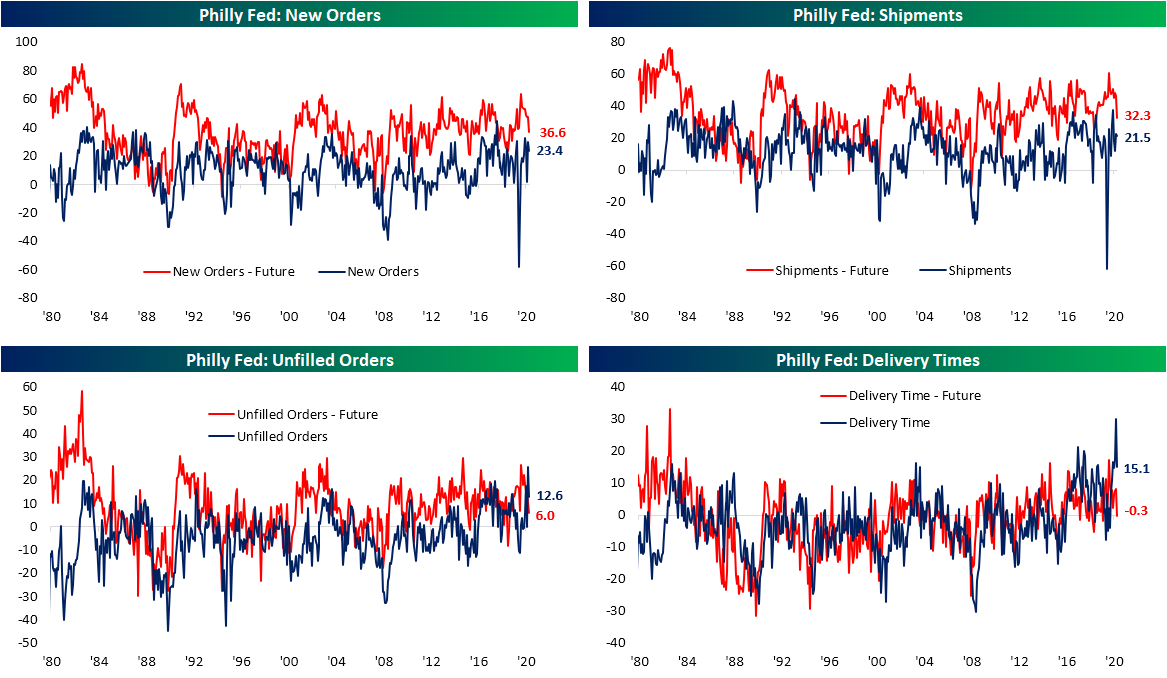 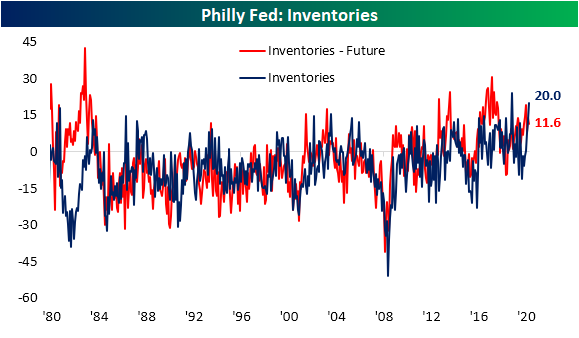 While the report showed prices continued to rise, there was a divergence between prices for final goods and inputs.  Prices Paid have continued to accelerate with the index rising to 54.4 which is the highest reading since August of 2018.  Conversely, Prices Received slammed on the brakes.  The index collapsed from 36.6 last month to 16.7.  While that is still above December’s levels, it was the sixth-largest MoM decline on record and the biggest decline since December of 2008. 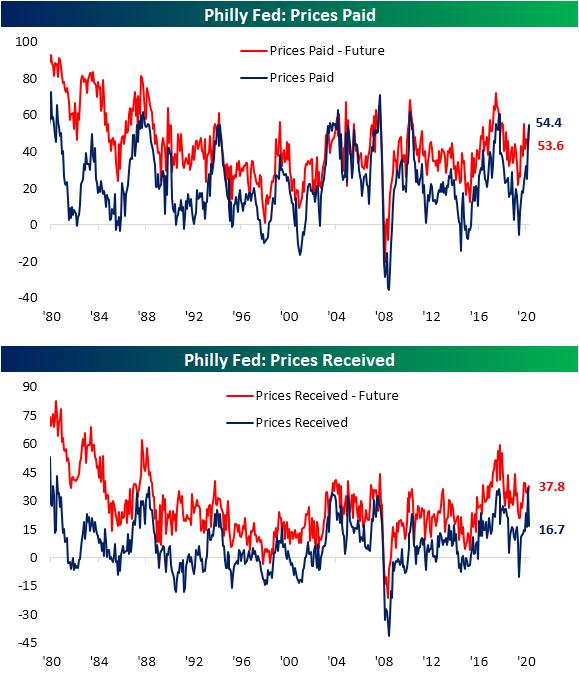 Perhaps the strongest area of the report concerned labor.  The index for Number of Employees rose once again reaching 25.3.  That is the seventh-highest reading of all months since the survey data begins in 1968 and is the highest level for the index since July of 2019. Not only are the region’s businesses taking on more employees, but the average workweek has also risen at a historic rate. The index for Average Workweek gained 12 points in February to 30.6.  There has only been one higher reading in the history of the data and that was a reading of 34.2 in May of 2018. Start a two-week free trial to Bespoke Institutional to access our interactive economic indicators monitor and much more. 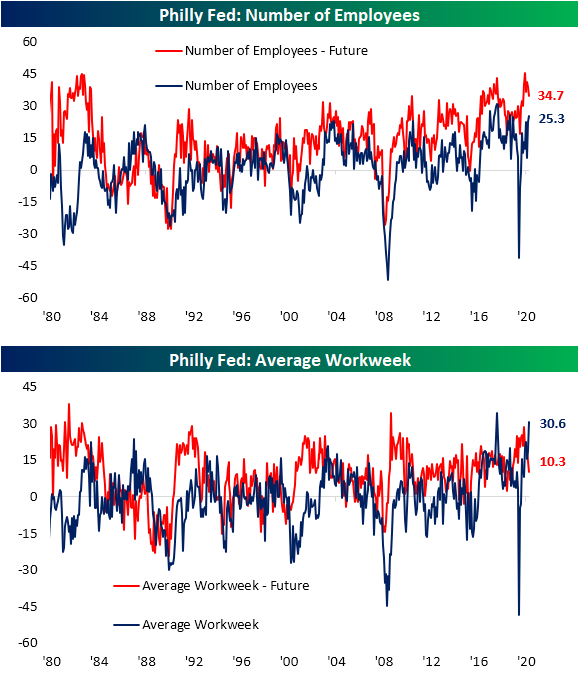