Sentiment on behalf of small businesses fell for the second month in a row in February. At 95.7, the NFIB’s Optimism Index has now dropped to the lowest level since January 2021 and continues to closer to its COVID low and further from its high. 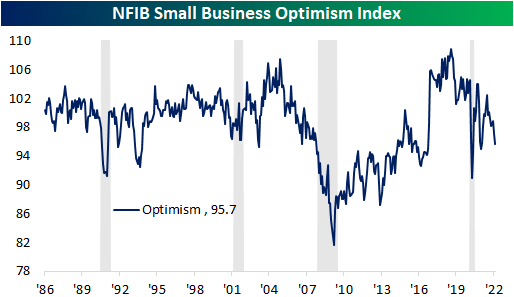 The Optimism Index is now right around the bottom quartile of historical readings after the 1.4 point decline.  Given the decline in the headline number, breadth across categories this month was weak with Job Openings Hard to Fill the only index to rise month over month. Despite the increase in Job Openings Hard to Fill, the index for Plans to Increase Employment saw the largest decline of any component. 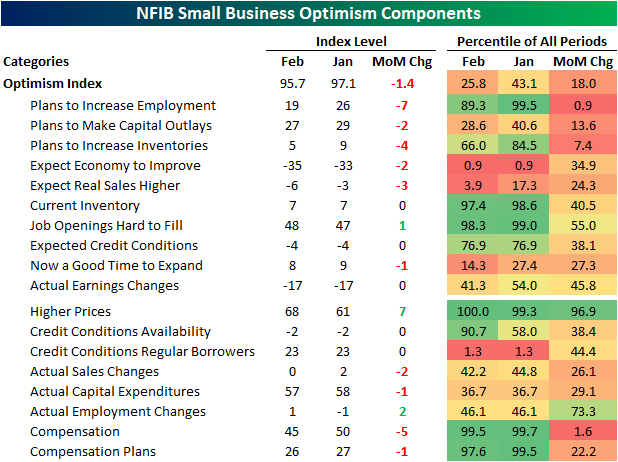 Employment indices in this month’s report are some of those that remain the most elevated relative to their historical ranges. That being said, they have cooled off recently as we noted earlier in today’s Morning Lineup. Indices like Job Openings Hard to Fill and Compensation and Compensation Plans are all in the top few percentiles of their historical ranges even after coming off their peaks and some even falling significantly month over month in February. Hiring Plans, however, experienced a 7 point decline—ranking in the bottom 1% of all monthly moves—bringing that index out of the top decile of historical readings. 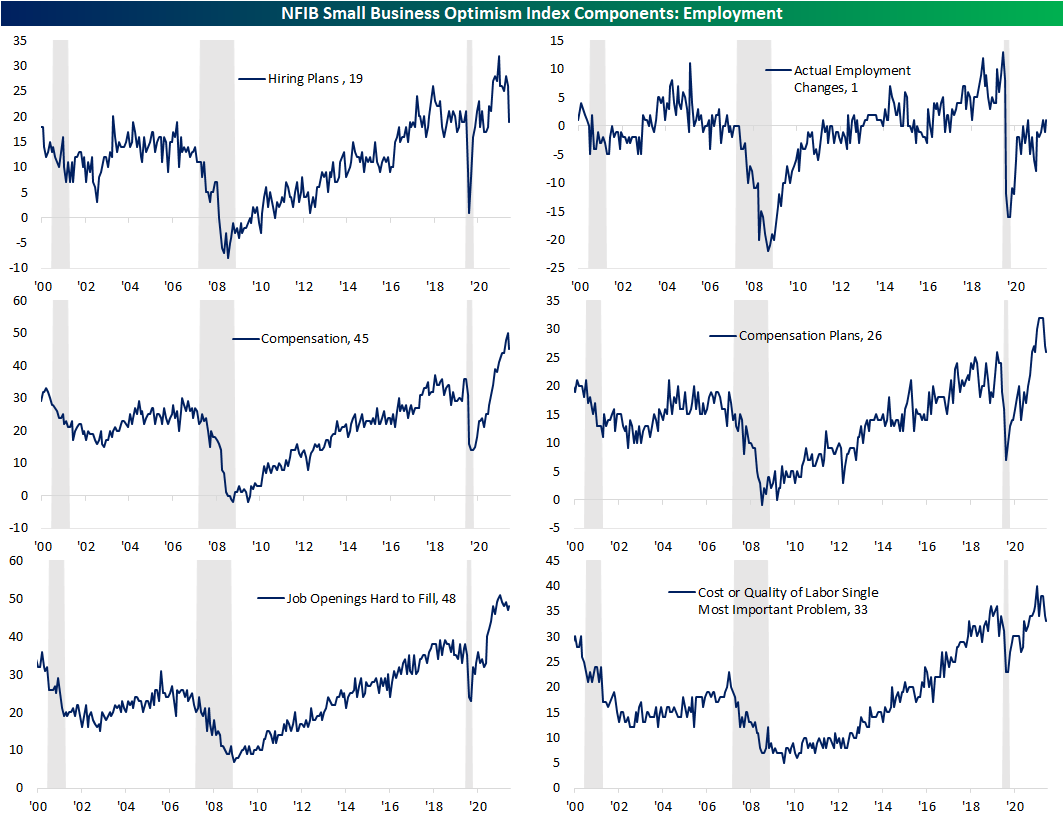 As for other areas of the report, General Business Conditions remain extremely weak falling another 2 points to remain in the bottom one percent of historical readings. Additionally this month, fewer respondents reported that it is a good time to expand, and more expect lower than higher sales on the horizon. While it is not an input to the optimism index, there was a new record high in the percentage of respondents reporting that they are raising prices. Click here to view Bespoke’s premium membership options. 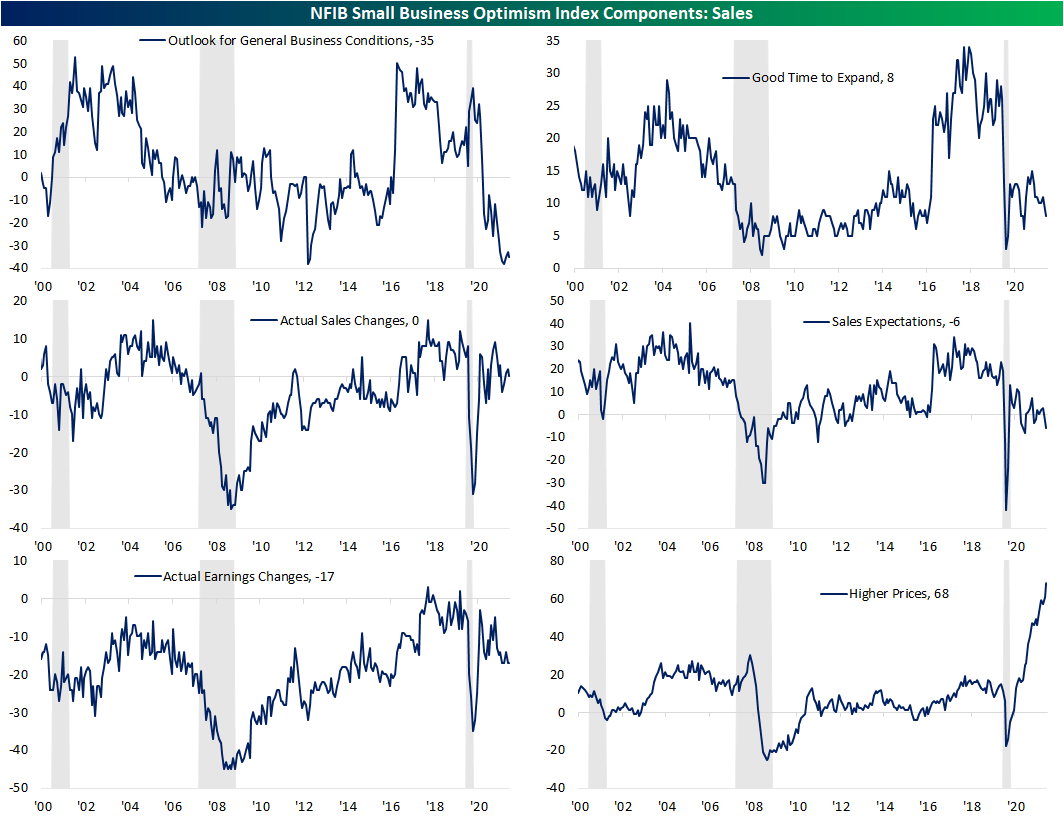