Price and Breadth Blowout Into the Weekend

In today’s Morning Lineup, we noted the consistency in which the S&P 500 has finished the week with a decline of 1% or larger this year.  Today is not looking to add to that count as the index rallies well over 2%, but it would make for the twelfth week this year and third in a row in which the index has gone into the weekend with a move of 2% or more in absolute terms. As shown below, the only years of the past 70 with a comparable number of weeks has been 2000 (11) and 2008 (12). 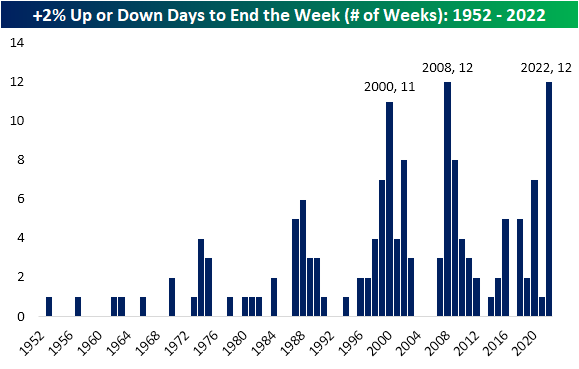 In addition to moving over 2% in absolute terms, there has been breadth to boot. The last three Fridays have been “all or nothing” days (daily advance-decline reading of +/-400).  In total on the year, there have now been 14 weeks to end with an “all or nothing” day. No other year since at least 1990 has seen as many with 2011 the closest at 12 weeks.  Further, the only other times that there have been similar streaks to the current one were in 2011 and 2016. Click here to learn more about Bespoke’s premium stock market research service. 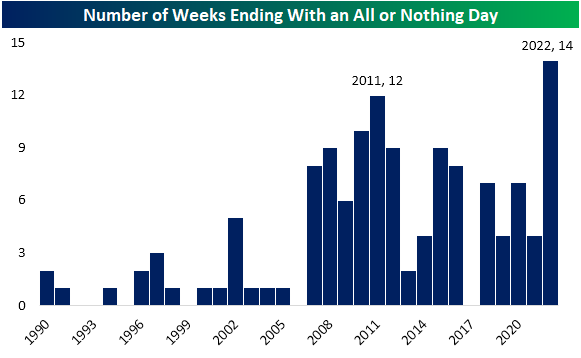 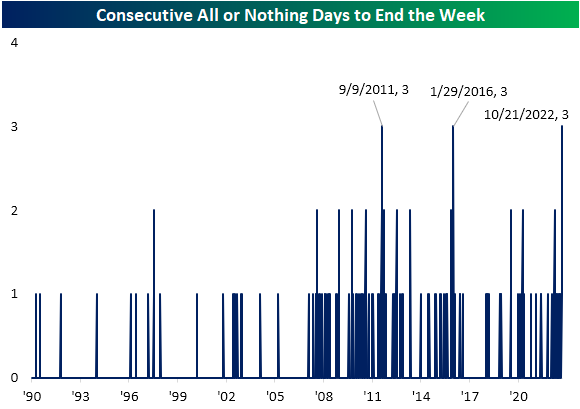