As seen in the snapshot from our Seasonality Tool below, the current week of the year (February 10th through February 17th) has been one of the strongest of the past decade. The 1.85% median gain ranks in the 99th percentile of all seven-day periods throughout the calendar year. 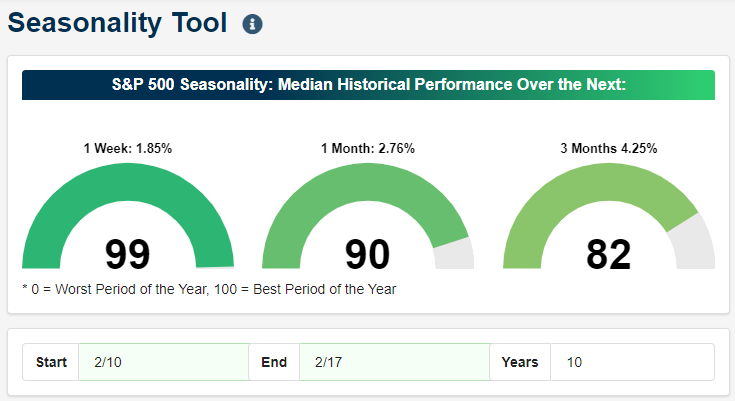 This year, that time frame (2/10 through 2/17) will bring us right into the President’s Day holiday next Monday (2/17). Since the Federal Holiday’s Act of 1971 set the holiday as the third Monday of February, the S&P 500 has experienced a median gain of 1.45% in the week leading up to President’s Day.  Prior to 1971, President’s Day was observed on George Washington’s birthday on February 22nd. Taking a look at each individual day the week before President’s Day, Wednesday has experienced the strongest and most consistent positive performance. Tuesday is similarly strong with a median gain of 0.28% and a higher close 61.2% of the time. The second half of the week though is weaker with median declines on Thursday and Friday and a higher close less than half of the time. 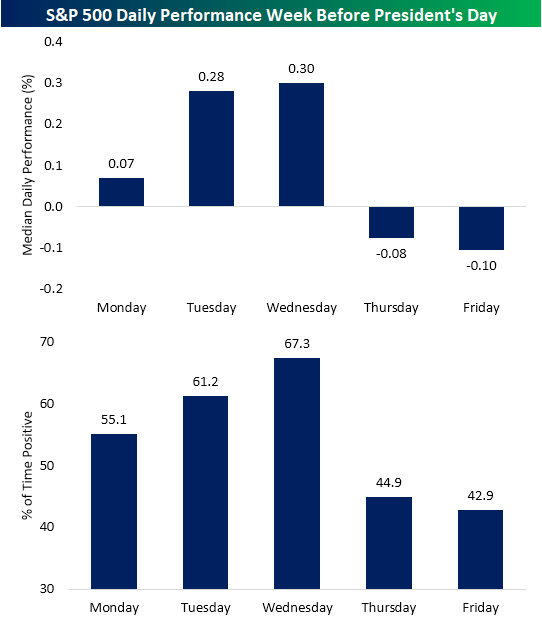 As for the week of President’s Day itself, the shortened week sees more mixed performance for the S&P 500 with a median gain of 0.17% from the Friday before to the first Friday after.  Of that week, Wednesday and Thursday have typically been the weakest days with median declines of 10 and 11 bps, respectively. Neither day has experienced a gain more than half of the time.  Friday is by far the strongest day with a median gain of 0.15%.  Start a two-week free trial to Bespoke Institutional to access our Seasonality Tool and other interactive tools. 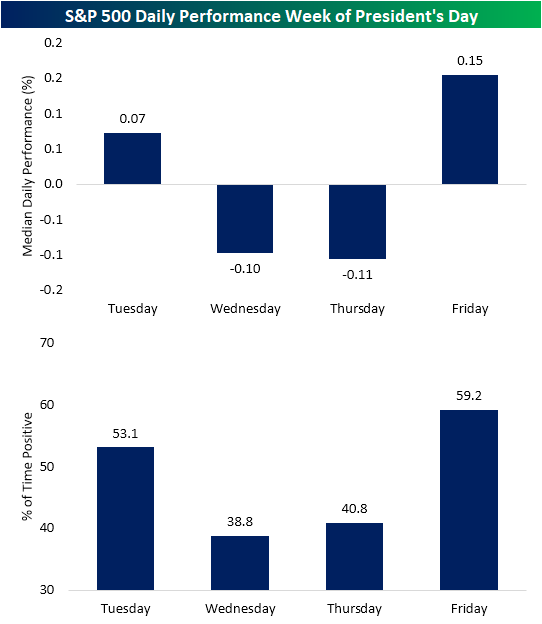