After a small and brief pullback at the start of the month, the national average for a 30-year fixed rate mortgage has continued to press higher hitting 4.46% as of the most recent reading from Bankrate.com.  That is now the highest level of a 30 year fixed mortgage since the start of 2019.  While the costs to finance a home have risen drastically, homebuilder sentiment has continued its decline. The NAHB’s headline number on the subject fell another 2 points to 79 in March marking the third monthly decline in a row.  While the decline in present sales was modest and traffic was actually up 2 points, futures sales were the major drag, falling 10 points to the lowest level since June 2020.  That ties November 2018 for the third-largest month-over-month decline on record. The only two months with larger drops in this index were December 1987 (12 points) and April 2020 (39 points). 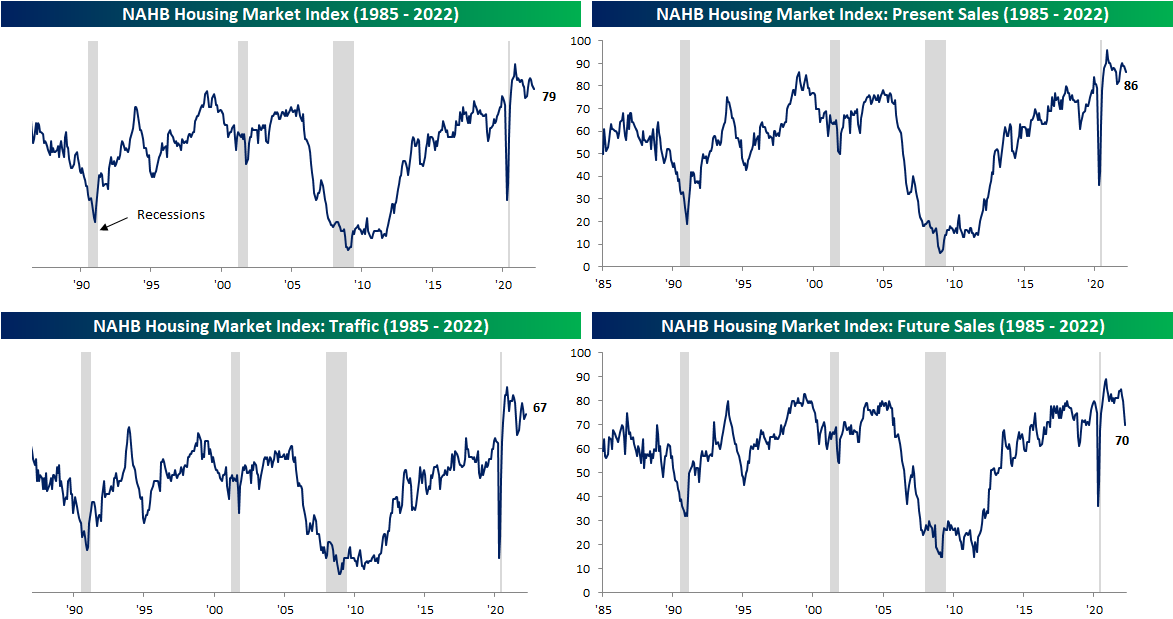 Regionally, it was a similar picture in which one index saw far weaker results than the others. Homebuilders in the Northeast have seen sentiment collapse all the way down to 60 which is again the weakest reading since June 2020.  While sentiment in the South has also fallen, it is nowhere close to as significant of a low. Meanwhile, the Midwest and West actually saw unchanged to improved sentiment.Click here to view Bespoke’s premium membership options. 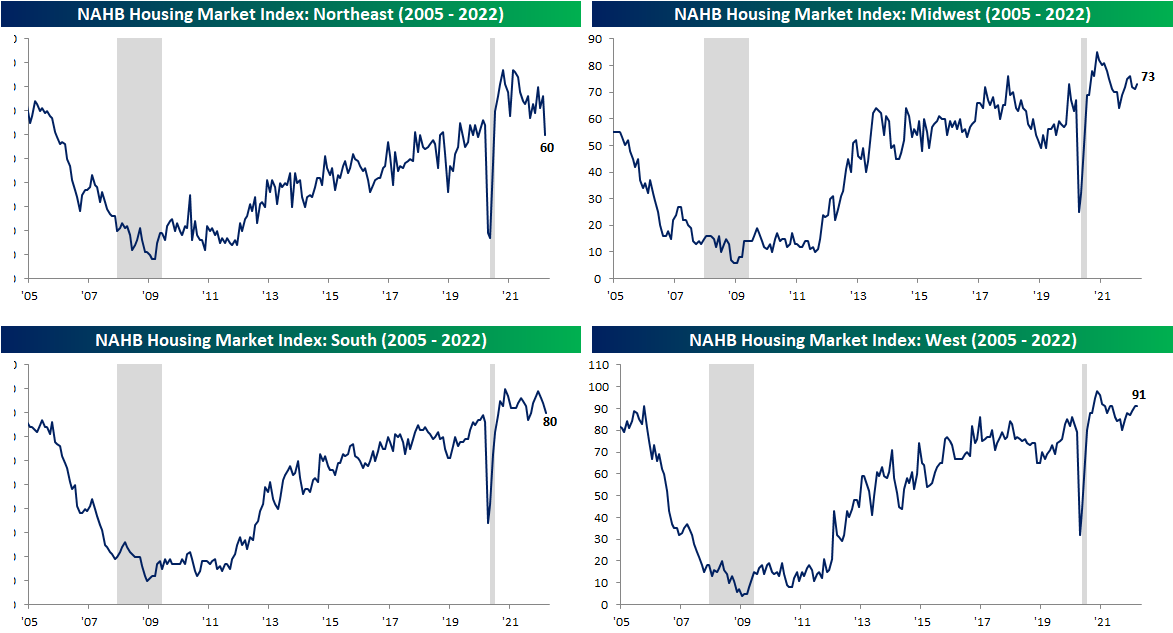