For the month of October, the NFIB’s reading on small business sentiment was unchanged at the headline levels but many of the sub-indices broadly pointed to further improvements in business conditions. That is not to say small businesses do not have their share of concerns.  As shown in the chart below, the NFIB’s index on Economic Policy Uncertainty rose another 4 points in October to 98 which is the second-highest reading on record behind November of 2016; around the time of the last presidential election. 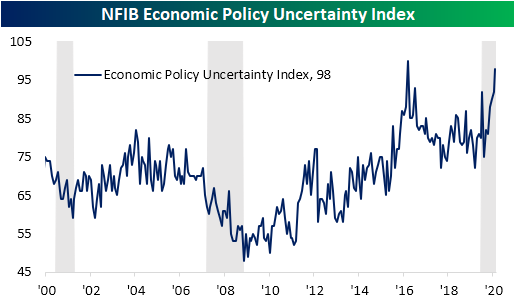 The election played a role in the uncertainty as 31% of small businesses surveyed reported government-related concerns as their biggest problem in October (lower chart).  That was up for the second month in a row and is around the high end of the past couple of year’s range.  Additionally, as discussed earlier, labor also dominates the minds of small businesses as small businesses report struggles in filling roles. 30% reported cost or quality of labor as the single most important problem (top chart).  That is unchanged since August. 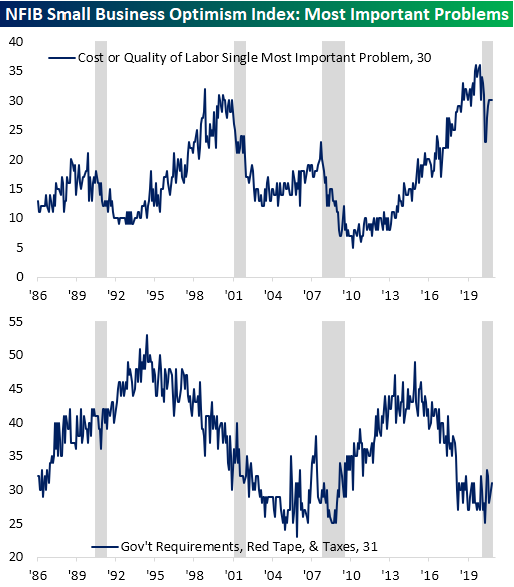 As for the other problems, poor sales remain elevated but were improved again in October dropping one percentage point to 13%. Click here to for a full access free trial to our research and interactive tools.