Today’s release of initial jobless claims was anticipated to see a new low for the pandemic. Rather than the expected reading of 700K, though, seasonally adjusted claims surprisingly rose to 770K.  That is the highest reading since the week of February 12th which was also the last time claims were above 800K.  In addition to this week’s number unexpectedly rising,  last week’s print was revised up from 712K (which was 1K above the pandemic low of 711K from early November) to 725K. 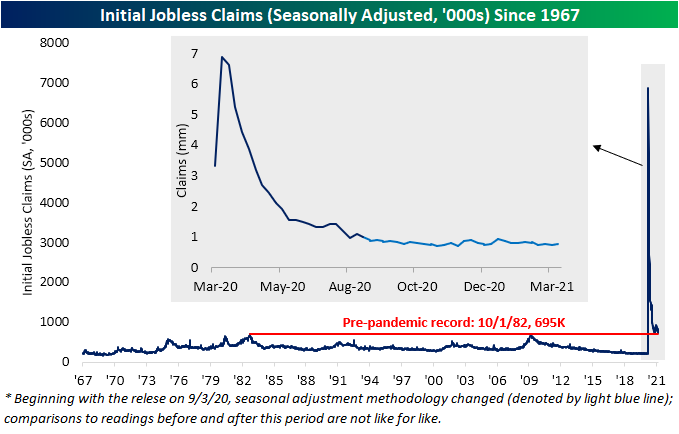 On a non-seasonally adjusted basis, regular state claims rose from 722.2K to 746.5K.  From a seasonal perspective, that uptick is very unusual. In the data going back to 1967, only 5.5% of years have seen claims rise during the current (11th) week of the year.  In addition to last year, the only other years that have seen unadjusted claims move higher WoW during the current week of the year were in 2017 and 1996. In spite of that unusual increase in the headline number, under the surface, there were a lot more silver linings.

Factoring in Pandemic Unemployment Assistance (PUA), the overall picture for claims was actually pretty good with total claims falling to 1.02 million, the lowest since the week of November 27th.  PUA claims obviously drove that decline falling by just under 200K, coming in at 282.39K.  That is the lowest level since the first week of the year when the program saw lapses due to the timing of the signing of the spending bill.  Given that week was more or less an outlier, this week’s print would still mark one of the lowest readings since the program began just under one year ago. 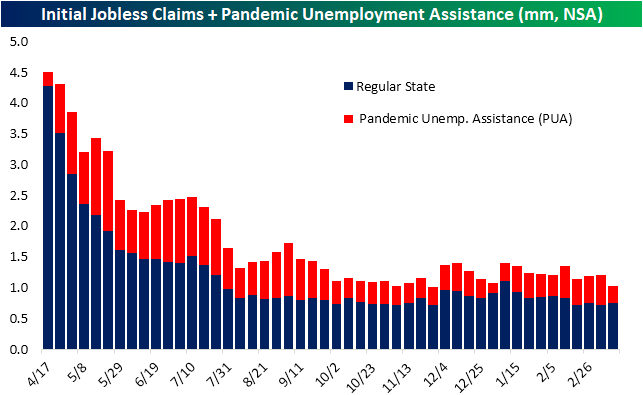 Continuing claims have continued to decline with this week’s reading of 4.124 million marking yet another pandemic low.  Even though the 20K weekly drop marked the ninth consecutive week with a lower reading, this number was above expectations of a larger decline down to 4.035 million. 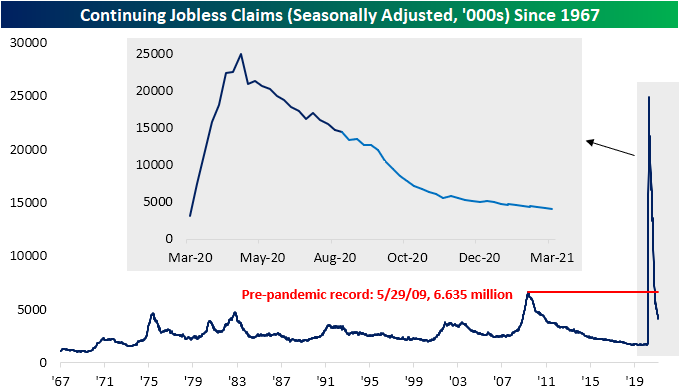 Including all programs adds some additional lag to the data meaning the most recent reading is through the last week of  February.  That week saw a reversal of the prior week’s uptick as total claims across all programs fell from 20.16 million to 18.25 million. That decline was a result of a drop across all programs although the PUA and PEUC programs accounted for the largest share with declines of 772.58K and 640.73K, respectively.  The Extended Benefits program also saw its largest single-week decline of the pandemic period as it now sits at the lowest level since mid-December.  Click here to view Bespoke’s premium membership options for our best research available. 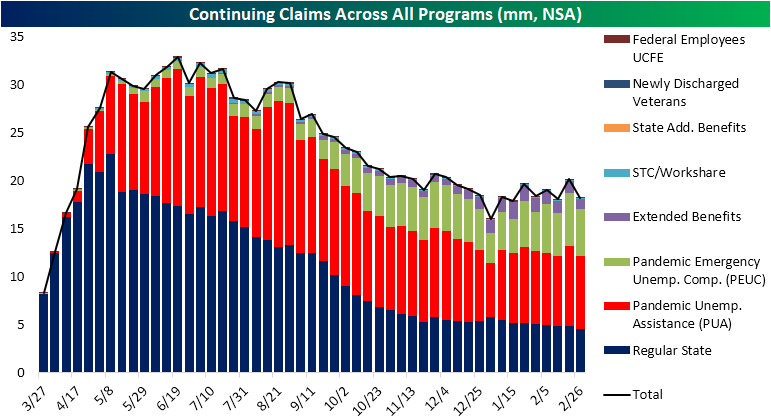 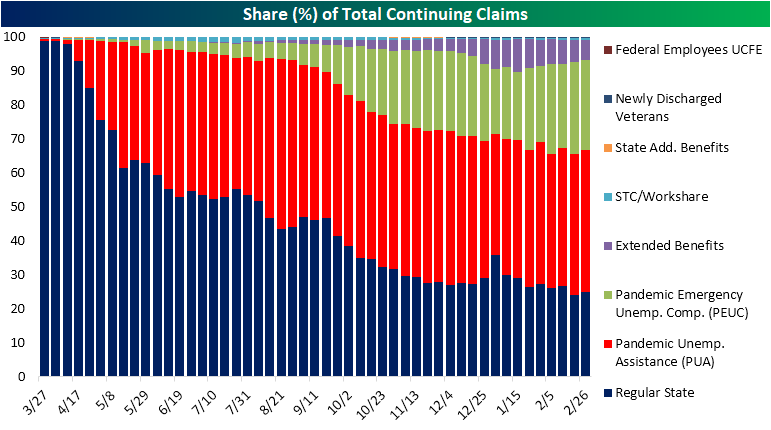