Unlike the horrendous Empire Fed’s Manufacturing Report released on Monday, the neighboring Philly Fed’s survey saw somewhat more promising results. Rather than a dramatic drop, the headline number in the January report rose 7.8 points to 23.2.  That is just barely in the upper quartile of readings historically and in the middle of the post-pandemic range. 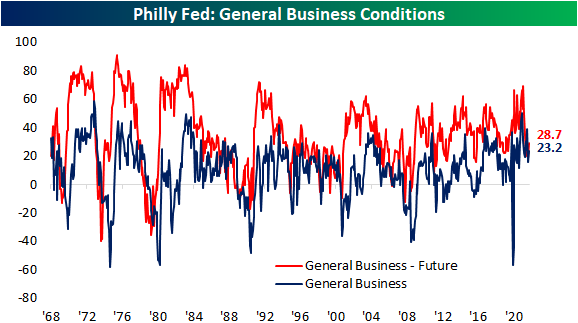 While the main index was higher, breadth was fairly mixed.  Again unlike the NY regional Fed survey that was released earlier this week, demand readings were broadly positive with New Orders, Shipments, and Unfilled Orders all higher.  Employment, meanwhile, saw a substantial slowdown likely as a result of the Omicron wave. 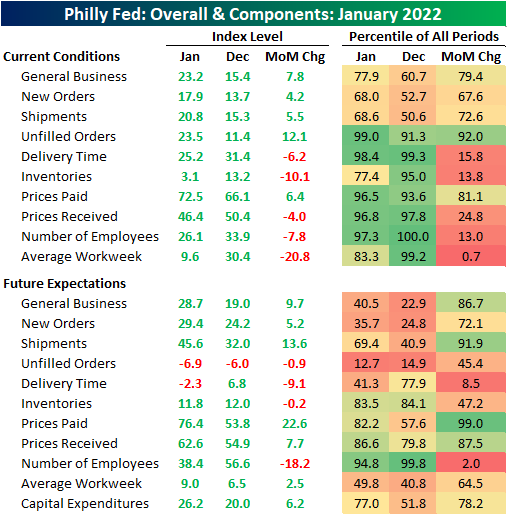 Again, one of the main areas to have seen improvement was demand.  While only in the 68th percentile of readings and well off the highs from just a couple of months ago, New Orders and Shipments were both higher.  Unfilled Orders saw a much larger increase of 12.1 points to reach a 99th percentile reading. Inventories conversely saw a sharp decline of 10.1 points leaving that index at the lowest level since the negative readings in August. 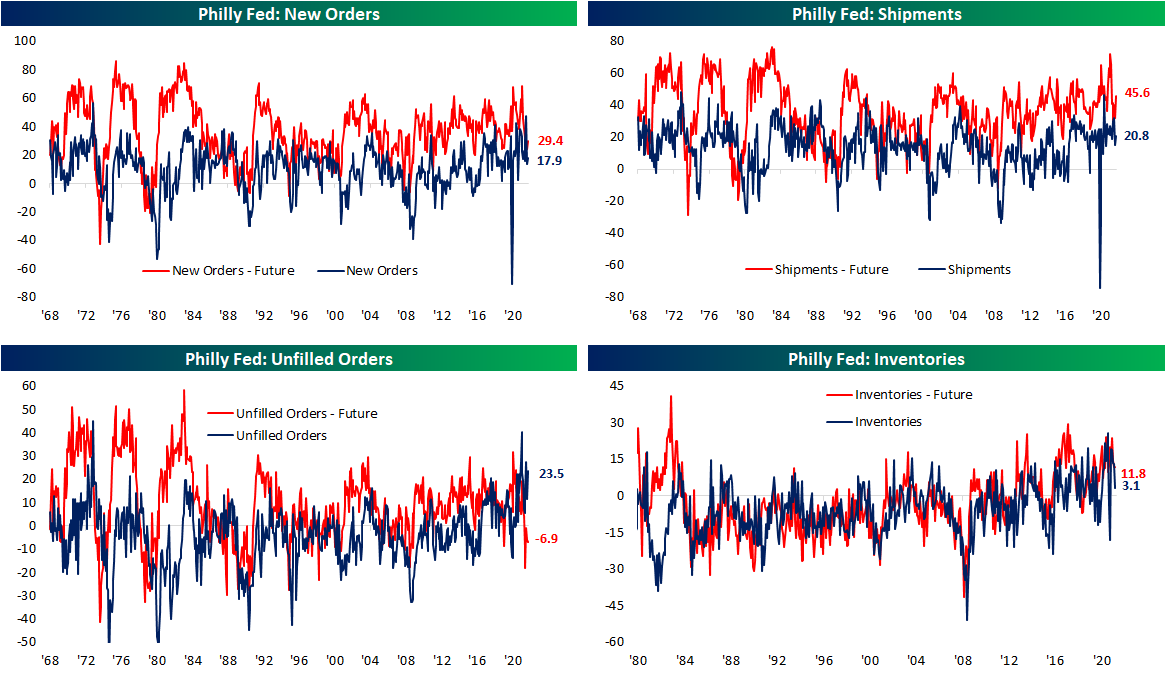 The surge in unfilled orders and the big drop in inventories amidst only modest rises in shipments and new orders likely means that production took a step back in January, and a likely reason for that is a lack of a workforce due to COVID absentees. That is illustrated through Average Workweek which saw the fifth-largest decline on record as the index hit the lowest level since September 2020. Hiring also pulled back, though more modestly and it is coming off of a record high in December. 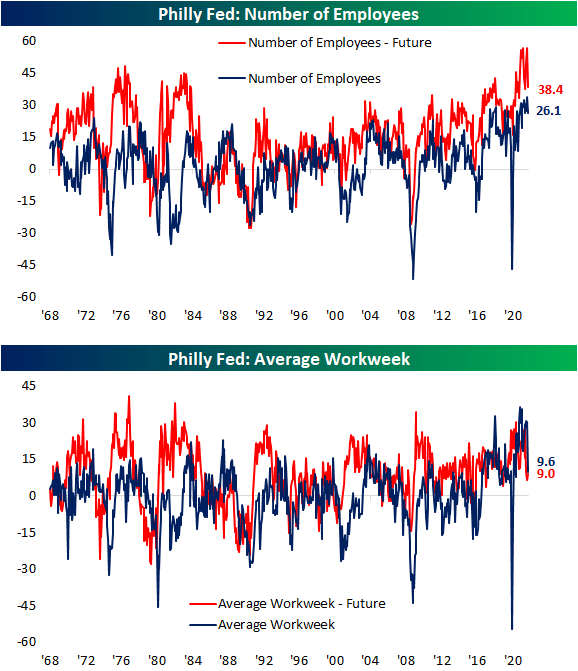 Although workers may not have been spending as much time at work, Delivery Times did manage to improve. That index remains well above any pre-pandemic reading meaning supply chains are still stressed, but the index did fall indicating some easing of the pressures.  The expectations index even fell into negative territory indicating responding firms expect delivery times to begin to shorten in the future. Click here to view Bespoke’s premium membership options. 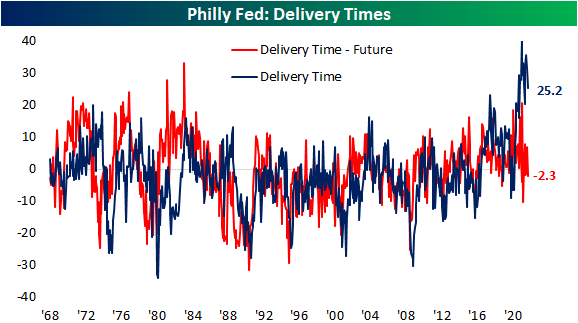